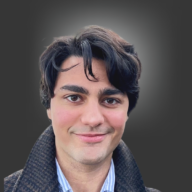 Research Assistant to the Director

Anand Sundar is the research assistant to ECFR Director, Mark Leonard, at the European Council on Foreign Relations, based in the Berlin office. Previously, Sundar worked at the Munich Security Conference and in the Israel-Palestine and Syria divisions of the European External Action Service. He gained further professional experience at LSE’s European Foreign Policy Unit, the German Foreign Office, and the Harry S. Truman Research Institute in Jerusalem.