Lia Quartapelle, Democratic Party Leader of the Commission of Foreign and European Affairs of the Chamber of Deputies

Contrary to widespread expectations, since 2014 Europe has managed to stay united on its policy on Russia. The EU has remained firm on its sanctions, its non-recognition of the annexation of Crimea, and demands that Russia complies with the Minsk agreement. Europe has stepped up its defensive capabilities, reinforced the defence of the eastern flank, remains committed to supporting Ukraine on its road to transformation. Europe has also pursued selective engagement and dialogue with Russia. European cohesion and unity have proven more robust than many anticipated.

And yet in 2017, the West finds itself vulnerable and on the defensive. Europe fears Russia’s “meddling” in its internal affairs; it is concerned about the United States’ commitment to NATO and about the contours of Russia’s potential “deal” with Donald Trump.

To face the ‘Russia challenge’, Europe needs to understand it better. It also needs to remain strong and united in its policy on Russia. What does Russia want? Can European unity on Russia collapse and what would the consequences be? How can Europe stay the course on Russia? 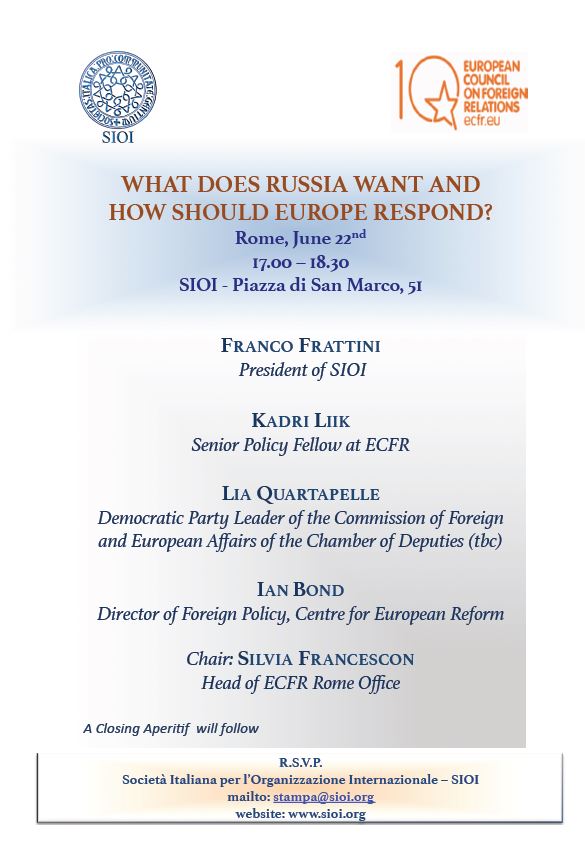