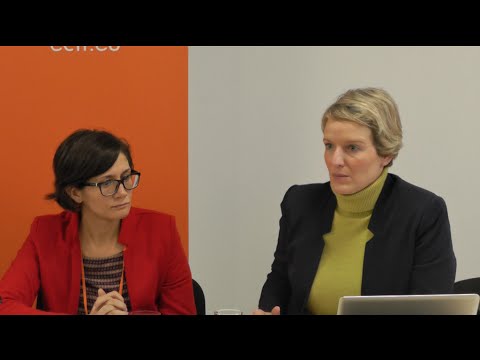 16 December 2015: So near yet so far? Prospects for a European deal on the UK renegotiation package by Ecfr on Mixcloud

Cameron has pushed hard for the British renegotiation package to be included on the agenda for the European Council meeting on 17-18 December. While an agreement now seems unlikely, with February as the new expected deadline, what is the current state of play? From the perspective of other critical capitals around Europe, are the first three baskets of issues genuinely likely to find consensus, and how can the fourth basket around welfare and migration be moved forward?

This event will present the latest findings of the ECFR Britain in Europe Scorecard which assesses the support that components of the UK reform agenda find in Europe’s capitals.

Piotr Buras is the Head of ECFR’s Warsaw office. He previously worked as a columnist and Berlin correspondent for Gazeta Wyborcza, the biggest Polish daily.

Mark Leonard is the Director of ECFR. He is the author of several publications on Britain’s relation with the EU, including The British problem and what it means about Europe.

Almut Moeller is the Head of ECFR’s Berlin office. Before joining ECFR, Almut was the head of the Alfred von Oppenheim Center for European Policy Studies at the German Council on Foreign Relations (DGAP).

Susi Dennison is Co-Director of the European Power programme, which explores the obstacles to Europe’s sustainable unity on current and future foreign policy challenges. Before joining ECFR, Susi worked for Amnesty International and HM Treasury.