The event is co-organized by the European Council on Foreign Relations, Turkey Institute and the Polish Institute of International Affairs. 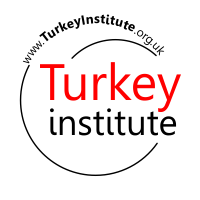 Since his recent inauguration as the president of Turkey, there have been numerous signs that Recep Tayyip Erdoğan seeks to replace the country’s parliamentary system with another, as yet undefined system in his aim to transform the country to meet his vision of the “new Turkey”. Still unknown is what the vision will offer Turkey, what role it will play in the international scene, and whether it will fit with the president’s claimed objective of full EU membership for Turkey in 2023. Indeed, the transition to the “new Turkey” may affect not only the country but  also the regional and international balance, as well as the EU’s strategic interests. However, whether the president’s vision becomes reality will depend on various factors, including the prospects that Prime Minister Ahmet Davutoğlu will win the 2015 parliamentary elections at a time when he needs to deal with various social, economic and foreign policy challenges, the ability of liberal groups in Turkish society to form an influential political movement, and the EU's capacity in shaping the country’s political system, now in flux.