Warsaw Office of the European Council on Foreign Relations (ECFR) and Foundation for Polish-German Cooperation (FWPN/SDPZ)  organised a series of events including a closed door seminar entitled „Preserving European Choice: What Next for the EU Eastern Neighbourhood” held on 19 March.

Speakers raised the importance of emerging middle class in Ukraine, however there was no consensus whether the EU should collaborate with current government or with civil society in the first place. There is no doubt, that Maidan protesters were opposing against both government and political opposition and this is why Maidan won partially, but failed to deliver democratic institutions in the end. Current government in Ukraine lacks its legitimisation and the parliamentary elections have not been scheduled yet.

Russia’s appetite to re-unite the former USSR states has now been understood in the Western Europe and affected strategies towards Kremlin. 10 years ago Germany perceived Russia as a partner for dialogue, but at this point there is no formula for cooperation with Russia. The EU should not underestimate the importance of the Ukrainian conflict for the whole Europe. Europe does have economic leverage to influence Russia whenever the diplomatic soft power is not sufficient.

Moldova has went through numerous reforms in the past years, also with the support of the EU. The changes are visible to the citizens and by these economic means the pro-European government of Moldova can gain the domestic support.

The Transnistria conflict is believed to be a test for the whole region. Both the Ukrainian and Moldovan issue could be called” proxy conflicts” that illustrate Russia’s vision  of its influence on the CIS countries.

EU should assist Moldova financially and provide a “perspective of a perspective” of the EU membership. Recent developments in the visa free movement , enhanced economic cooperation between the EU and Moldova are good signal. The main concern is the speed of the changes that Moldova introduces.

The second part of the conference was the public debate with the following speakers Yevhen Hlibovytsky, Jana Kobzova, Andrew Wilson, Nicu Popescu. Attended by numerous experts, diplomats and political commentators  it brought up the subject of legitimisation of the current government in Ukraine, role of the EU in the democratic transition and Russia’s regional dominance.

With the Russian aggression in Crimea and rising threats to the integrity of the rest of  Ukraine’s state as well as risks of the country’s further political de-stabilisation the EU is facing the most serious geopolitical crisis in its neighbourhood since the end of communism. The crisis and developments in Ukraine will have an impact on the situation in the whole region, most notably in Moldova and Georgia, which embarked on the path of European integration by initiating association agreements with the EU in November 2013 but are still vulnerable to external and domestic pressures which may endanger their European orientation.  What should be the next steps of EU’s policy towards Ukraine? How can the West prevent a spillover of the current tensions to other countries of the region?

We also encourage you to read the latest ECFR Policy Memos on Ukraine  (by Andrew Wilson) and Moldova(by Stanislav Secrieru). 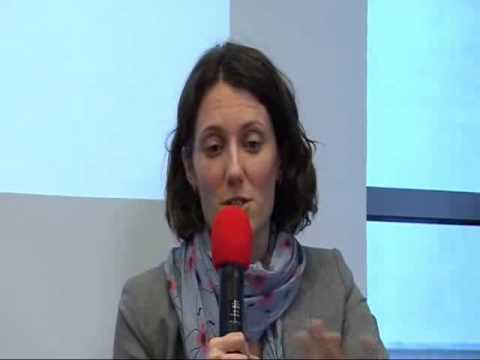