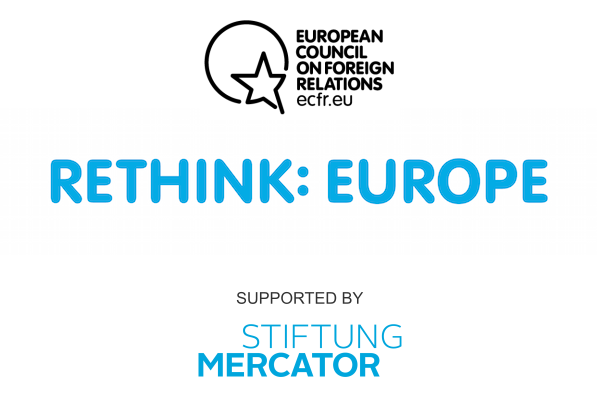 Based on ECFR’s seminal EU Cohesion Monitor and our essay collection Keeping Europeans Together on the state of European cohesion in the 28 EU member states, our Paris and Berlin offices hosted a discussion with ECFR’s Associate Researchers from France, Belgium, and Luxembourg on the prospect of European cohesion in 2017. The discussion, attended by diplomats, journalists, business representatives, and policy experts, focused particularly on the challenges ahead in the three countries in questions: for France, the 2017 presidential election; for Belgium, the lack of European vision of his current leaders and for Luxembourg, its diminishing influence and capacity to mediate within the EU.

Below are three graphs from the EU Cohesion Monitor that indicate the level of cohesionin France, Belgium and Luxembourg. The full report, including further illustrations and detailed explanations, and all data is available at www.ecfr.eu/eucohesionmonitor 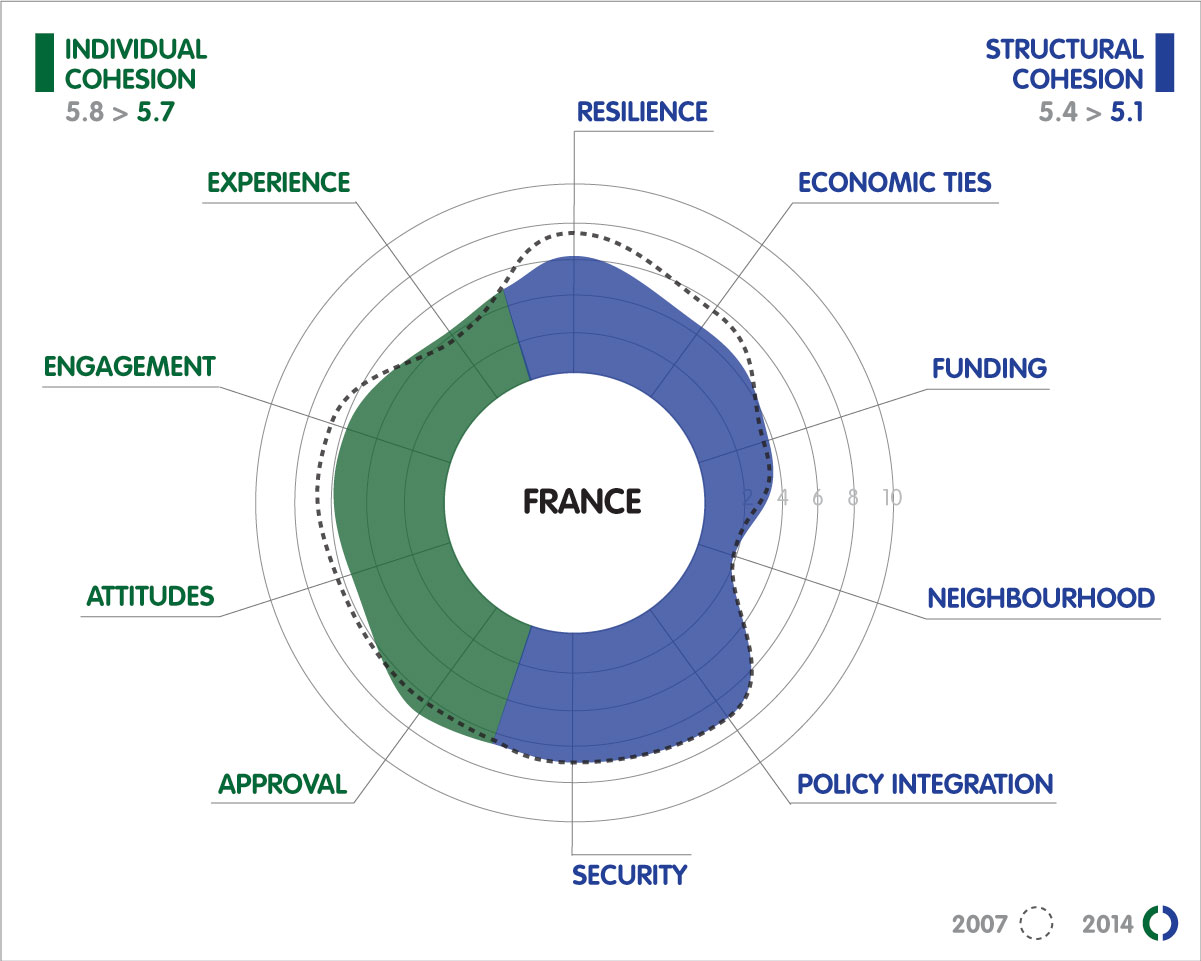 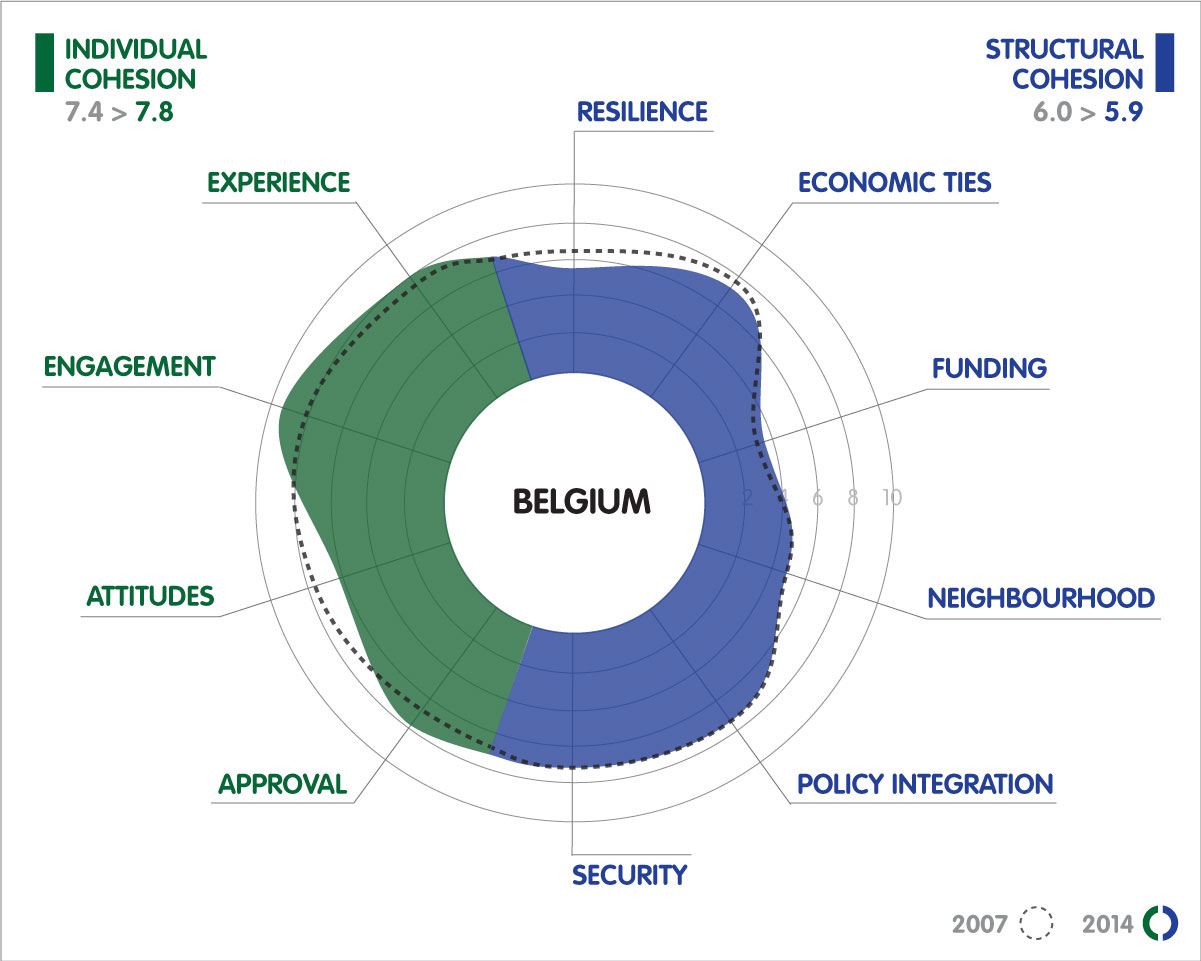 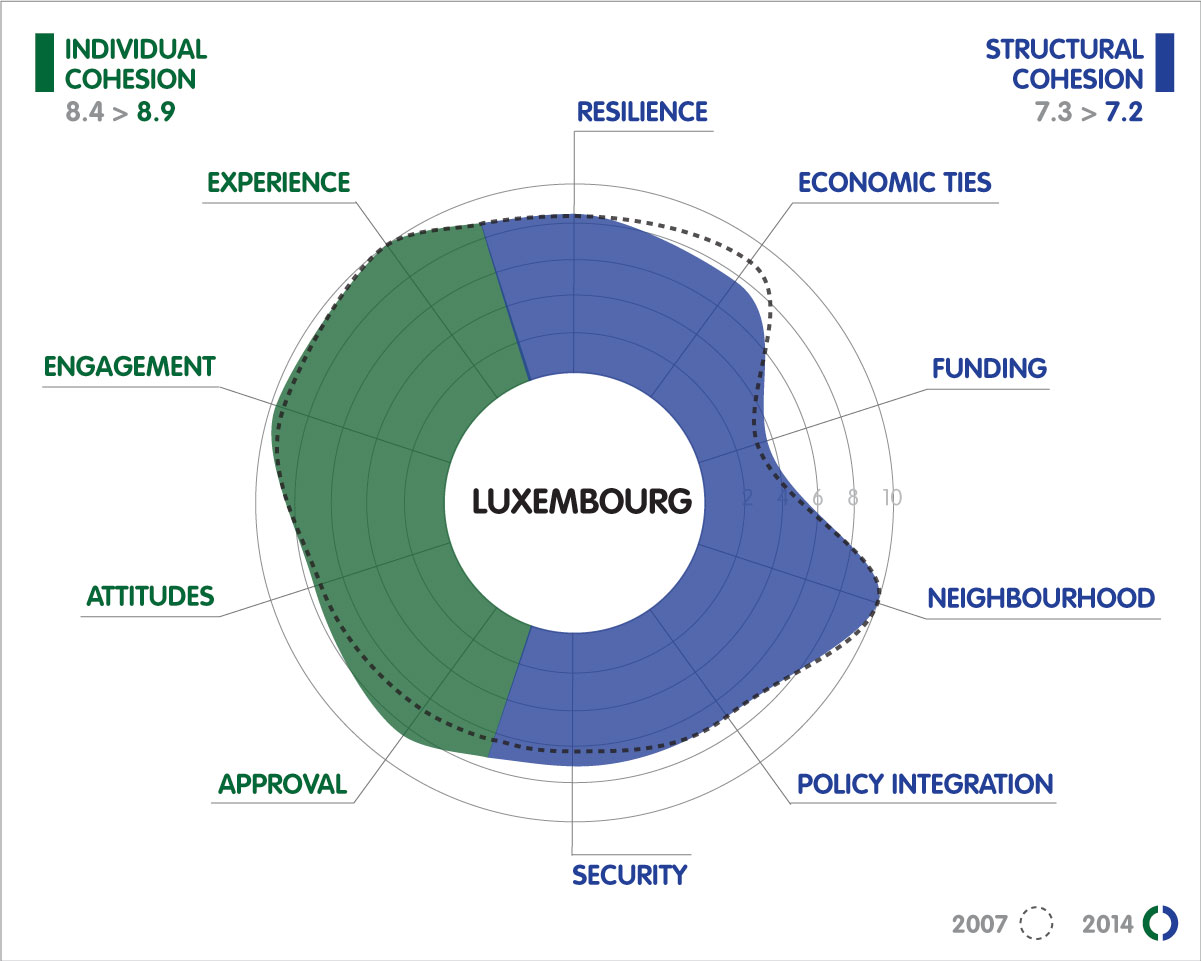