The Warsaw Office of the European Council on Foreign Relations (ECFR) and Konrad Adenauer Foundation have hosted a debate:

In search of security: Central Europe

On January 22nd, 2019, ECFR Warsaw together with the Konrad Adenauer Foundation organized a “In search of security: Central Europe” debate. The reason for this year's debate were two factors strongly affecting the situation in our region: the threat from Russia and the influence of the Trump administration policy on our continent.

The panel was joined by Bartosz Cichocki, Undersecretary of State in the Ministry of Foreign Affairs of Poland, Gustav Gressel, Senior Policy Fellow in ECFR, Rolf Nikel, German Ambassador to Poland and Riina Kaljurand, Councillor in the Planning Department of the Ministry of Foreign Affairs of Estonia. The debate was moderated by Piotr Buras, Director of ECFR Warsaw Office.

In his introduction Mr. Buras emphasized the era of the end of history has passed, and the world has entered an era of instability and uncertainty. It is a multipolar era, he argued, one in which Russia where openly infringes on rules of international order, while existing multilateral structures are losing power to maintain peace. Donald Trump contributes to the uncertainty with his unpredictability, but at the same time American involvement in European security has increased.

From the very beginning of the debate, Minister Cichocki accentuated that the main source of insecurity are Russian willingness to use force – seen among others in the annexation of Crimea and the last year’s Azov Sea incident – and its concept of enforcing spheres of influence in Europe. According to the his, both the president of America and the whole of NATO are responding to the Russian actions, best evidenced by the modernization of the NATO armies, and the presence of member-states’ troops on the alliance’s Eastern flank, which indicates the unity of the alliance. The Minister also pointed out that the threat posed by Russia is not the only factor shaping Central Europe’s security. In his view also important are such issues as migration, Brexit and the elite legitimation crisis.

In his intervention, the German ambassador, Rolf Nikel, emphasised the changing geopolitical role of the United States, arguing that Trumps presidency is a symptom of a larger process – we again witness a great power competition, this time with China participating, while international politics become dangerously transactional.

Riin Kaljuran outlined the Estonian perspective on European security, pointing out that Estonia’s major goal is getting as integrated in Western institutions as possible. She argue that great power competition has marginalised the European Union, while Russia has benefited greatly from Trump undermining the image of the US and democratic political system.

Interesting conclusions were also shared by Gustav Gressel, who stressed the importance of Unites States for regional security, mentioning the Normandy format – while the US do not directly participate, their support is crucial to its functioning. However while, Barack Obama, mainly agreed and cooperated with Angela Merkel and other European leaders, right now it is difficult to predict Washington's reaction to further solutions. The US actions exhibit conflicts and differences in perceptions between Donald Trump, elements of his administration and Congress. This was seen in the way Donald Trump announced withdrawal from the INF treaty – while this decision was justified, it surprised US allies and was not properly communicated.

Ambassador Nikel in turn noticed that Russia started violating the INF treaty in 2013, when its work on SSC-8 missiles was made public. In his view, it is up to Russia to uphold the treaty. Minister Cichocki argued, that the treaty can still be salvaged, but it would require Russia to destroy the non-compliant missiles, and noted that other arms control agreements still in force. He also stated that, contrary to public perceptions, NATO and the UE are of one mind on the issue. Gustav Gressel then mentioned that Russian actions stem from a calculus of power and interests: as long as Russia perceives itself as at a military advantage, particularly in the field of intermediate range missiles, it will not be willing to respect arms control treaties. However, at this point Europe lacks means to redress military imbalance, he argued.

Discussing NATO’s increased presence in the region, ambassador Nikel expressed concern that it could lead to a security dilemma and a harsh Russian response. Riina Kaljurand disagreed with him, emphasising the importance of the alliance’s troops, including American ones, in deterring Russia. However, she noted that Europeans will need to step up, as the US is ultimately expected to start withdrawing from the region. Minister Cichocki expressed a similar opinion and noted that Russia’s military presence in the region is well above what is needed to match NATO’s. In his view, additional American forces, perhaps as a part of Fort Trump, would merely restore the balance. However, Gustav Gressel warned against overly personalised and bilateral security relationships with the US, arguing that they are politically dangerous and make cooperation with other allies difficult.

Responding to a question on a then-upcoming Middle East conference in Warsaw, minister Cichocki note that while Donald Trump is often accused of conducting a foreign policy heavily biased towards bilateral deals, this event is a multilateral initiative. He also argued that it shows that Poland is not a one-issue country.

Ambassador Nikel, when asked about the presence of German governmental representatives at the Middle East conference, said that politicians in Berlin were still thinking about their participation in the event. He argued that the conference risks dividing the EU member-states and inflaming regional tensions due to the exclusion of Iran from the talks.

The panellists also responded to a question on the potential impact of Franco-German Aachen Treaty on European security. They agreed that it can have a positive influence and provide much-needed leadership in this area, but noted that it all depends on its implementation. Ambassador Nikel emphasised, that it is a serious proposal on security for European Union, noting that this 7 out of 27 articles of the treaty deal with topic. 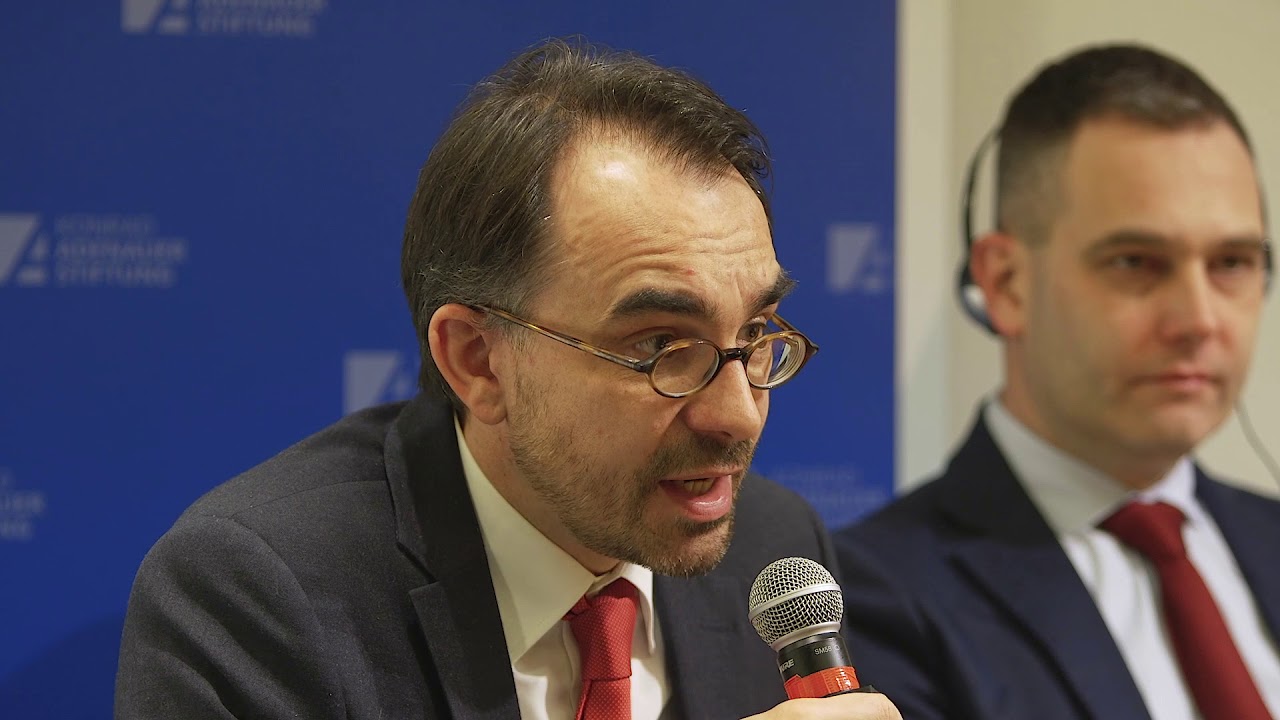