The meeting was opened by H.E. Juha Ottman, Ambassador of Finland to Poland

On Thursday, 12th December, European Council on Foreign Relations and Embassy of Finland organized a debate regarding the future of multilateralism and the role played by European Union in protecting the liberal world order. The discussion was chaired by Piotr Buras, head of ECFR Warsaw, and took place in the office of Stefan Batory Foundation. The debate was based on ECFR policy paper Three Crises and an Opportunity: Europe’s Stake in Multilateralism, whose publication was funded by the Ministry for Foreign Affairs of Finland.

The event was opened by His Excellency Juha Ottman, the Ambassador of Finland to Poland. Ambassador emphasized that “Finland has always been a supporter of multilateral system”, and elaborated on the importance of finding common ground in international relations.

After the opening statement, Piotr Buras welcomed the panellists: Mr. Anthony Dworkin, Senior Policy Fellow at ECFR and the co-author of the Three Crises and an Opportunity, Mrs. Teija Tiilikainen, Director of the European Centre of Excellence for Countering Hybrid Threats and Mr. Jerzy Baurski, Director of the United Nations and Human Rights Department at the Ministry of Foreign Affairs of Poland.

The discussion was divided in three parts, the first of which concerned crises of multilateralism and their origins.

Piotr Buras began the discussion by mentioning WTO appellate body, which is no longer adjudicating trade disputes due to lack of new appointments. He underlined that the date of the debate, two days after the court shutdown, is symbolic. This mention was followed by first question, addressed to Anthony Dworkin: “If multilateralism is so important to our world, why is it at the same time in crisis?”

Anthony Dworkin started by highlighting that the identity of EU is based on cooperation between countries. He also stressed the fact that multilateralism was always dependent on United States, and now EU is left alone. He stated that “geopolitical EU” will not be a realpolitik power, but can effectively support the multilateral system. He discussed the three crises mentioned in his policy brief: crisis of power, crisis of relevance and crisis of legitimacy. The first crisis, he said, is about waning of US power and it’s interest in supporting international institutions. The second crisis is the obsolescence of parts of the multilateral system. The third crisis is about legitimacy: countries reject parts of the multilateral system.

Teija Tiilikainen expanded the perspective, differentiating between rules-based and power-based orders. She stated that the danger of the latter, without institutionalized rules or core values, is real.

The last speaker to elaborate on this topic was Jerzy Baurski, who said that although UN is no longer relevant in many fields, it remains a key structure for multilateral relations. He stated that there are now four key actors in the international relations – China, Russia, United States and Europe. He stressed the fact that EU voice in the UN is heard, and that EU states hold one-third of the seats in Security Council.

In the second part, speakers discussed the role EU should play in protecting multilateral institution. Piotr Buras began by asking Anthony Dworkin what were the opportunities he found while working on his paper.

Anthony Dworkin emphasized that “multilateralism is a system of interlocking orders” and “there is an opportunity in each section”. He stated that Europe should look in each part of multilateralism what chance there is to build relation and pointed to ability to innovate as the main opportunity for EU. He stated that “In a world of a bipolar competition and instrumentalisation of institutions, many countries choose another option – “a silent majority of countries”. Europe is well placed to mobilise this majority.”

Teija Tiilikainen talked about three main challengers for the liberal order – China, US and Russia. She said that there is little common ground for China and Russia beyond challenging US. She explained the Chinese dilemma of being dependant on the world order, while at the same time criticizing it. She stated that Russia doesn’t really have any alternative to current order beyond shifting power to a concert of great powers. Ms. Tiilikainen ended her speech by saying that non-state actors, such as corporations and NGOs, are also gaining influence in an increasingly fragmented world and EU should look for partners among them.

Jerzy Baurski, on the other hand, strongly objected to equating US and China and stated that US and Europe are “like-minded”. He also said that there is a chance for cooperation between China and Europe and that China’s increasing contribution to peacekeeping operations is increasing its leverage. He stated that although China is increasing its influence to implement its agenda, Europe can still a find common ground on important issues. He said that EU’s global standing hangs on its coalition-building abilities, pointing towards Latin America and Africa as regions with potential cooperation partners. Mr. Baurski finished by mentioning international success: Polish initiative on the International Day Commemorating the Victims of Acts of Violence Based on Religion or Belief was accepted by the General Assembly unanimously.

The third and last part of discussion was focused on specific areas where the EU could be particularly impactful and on possible alliances in multilateral diplomacy.

Anthony Dworkin elaborated on the topic of US and its disagreement with WTO due to what it perceives as favourable treatment of China on such issues as state subsidies. He argued that the EU shares these concerns and can thus play a key role in solving this problem. Mr. Dworking praised EU for its work on intellectual property right and data protection, mentioning GDPR as a regulation that strongly influences international standards.

Teija Tiilikainen discussed two key issues: hybrid threats and arms control. She stated that exertion of influence with non-conventional measures is a great danger for the whole Europe. She also expressed her doubts about arms control, saying that “We have to be worried and concerned in the field of arms control. Entire system of arms control built during Cold War has collapsed or is collapsing. Could a EU still play role here?”

The last question of the debate was addressed to Jerzy Baurski: At what point did Poland and the EU feel the system completely failed? What was there a clear success?

Mr. Baurski without hesitation pointed towards Syria as the greatest failure of the international community. He argued, on the other hand, that peacekeeping operations, were the biggest success, and mentioned Polish contribution to UNIFIL as a proof that Poland understood it needed to contribute more to be treated seriously. 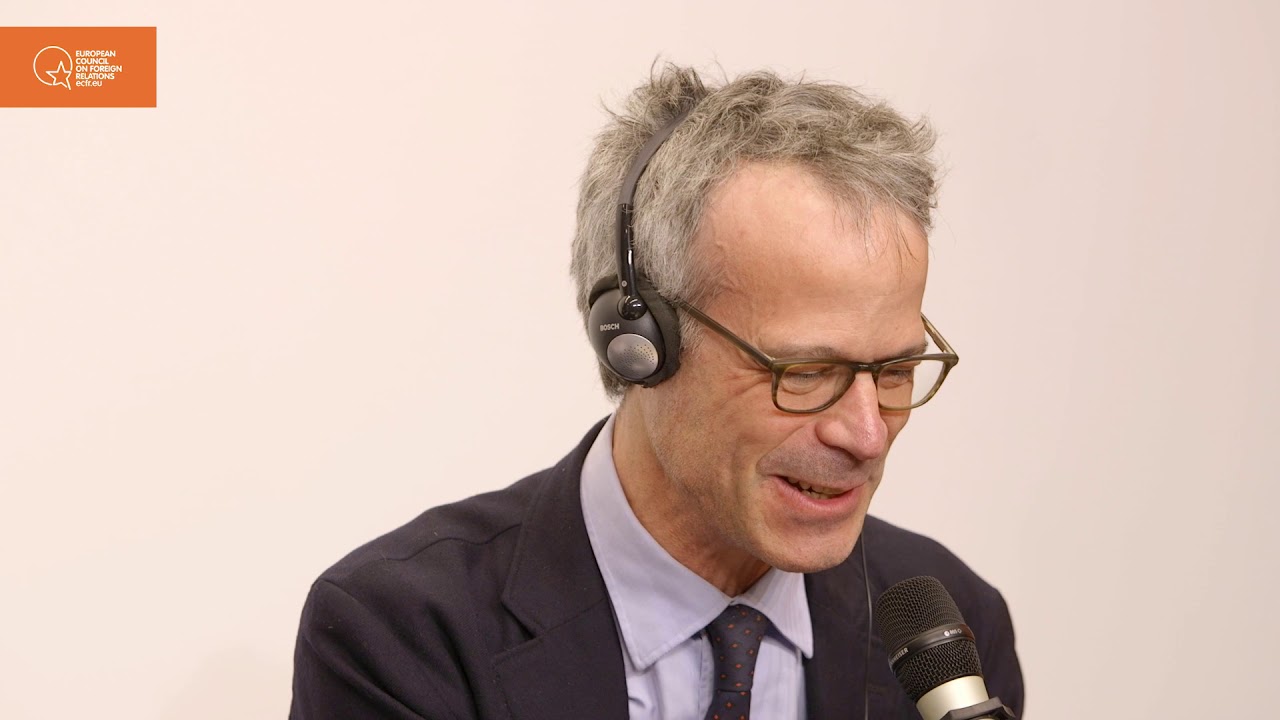