On 27 April Rethink: Europe hosted the one-day foresight seminar “Dealing with Discontinuity” with 33 participants made up of a roughly 50-50 mix of government officials and thinktankers. Altogether 18 EU member states were present with their perspectives and preferences, including representatives from 14 different EU governments. 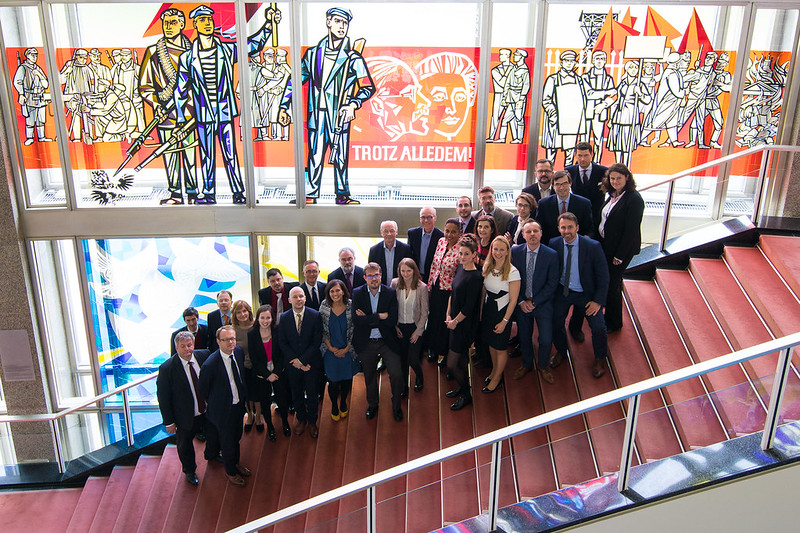 The seminar was kicked off with a review of the context of the first seminar in this series, held in January 2017. The January seminar was framed around eight scenarios predicting what the EU could look like in 2025. Participants concluded with identification of three plausible EU transformations of special significance: 1) forging a new political centre, 2) deliberate re-nationalization, and 3) EU collapse.

These clusters served as the basis for the seminar “Dealing with Discontinuity”. After a plenary in the first session, participants split up into three groups to discuss each of the various scenarios. The groupings were intentionally composed of a mix of thinktankers and government officials, which produced an interesting dynamic in the discussions. Some central points that emerged from the the group work:

Forging a new political centre: Here the group worked on breaking down what flexible European integration may entail. While this option could in some perspectives be an all-around win-win situation, the group critically discussed what happens if going outside of the treaties risks forming exclusive groups. Is flexible integration really open? On the other hand, the need for a more positive narrative on flexibility was also brought up. Up until now flexibility has been often framed as a narrative or solution to unwillingness, when that may not need to be the case and should rather be constructed as a mode to increase efficiency.

EU collapse: The last group considered what “collapse” could look like for the EU – from either completely starting over on some policies, to accepting that some will eventually reach limits. There was discussion on how a collapse could play out, as either a relatively abrupt political collapse, triggered for example by France leaving the EU and followed by a quick unravelling, in contrast to a gradual collapse in which the EU’s ability to function effectively slowly erodes away. Participants also discussed alternative coalitions would be likely to emerge following an “EU collapse”, in which EU functions would be basically taken over by new groupings that would form out of necessity.

The two foresight seminars “Rethinking European Futures” and “Dealing with Discontinuity” were hosted as part of Rethink: Europe, an initiative of ECFR, supported by Stiftung Mercator, on European cohesion and the EU’s capacity to act together.