Hester Somsen, Director for Security Policy, Ministry of Foreign Affairs of the Netherlands (from the Hague)

This workshop, organised with the Embassy of the Netherlands in London, discusses crisis management in Africa in the age of Trump and Brexit.

Although both the EU and UN are under considerable political strain after Brexit, the Trump election, and setbacks from Syria to South Sudan, it might now be a good time for them to strengthen their capabilities and find new ways to deepen their cooperation. In an upcoming paper, Richard Gowan suggests short-term and medium-term actions that involve both direct European initiatives and support to the AU and the UN on humanitarian diplomacy to ease looming famines, conflict prevention and stabilisation in trouble-spots such as Mali. Senior Representatives from the EEAS, UN and the Ministry of Foreign Affairs of the Netherlands will discuss how to keep a focus on effective crisis management in turbulent times.

Richard Gowan (@RichardGowan1) is an associate fellow at the European Council on Foreign Relations and non-resident fellow at NYU’s Center on International Cooperation, where he was previously research director. He also teaches at Columbia University. He has broadcast widely and written for numerous newspapers, websites and academic journals and writes a weekly column ‘Diplomatic Fallout’ for World Politics Review.

Stefano Tomat is the head of the division in the External Action Service of the European Union dealing with Conflict Prevention, RoL/SSR, Integrated Approach, Stabilisation and Mediation. Previously, he spent several years as Head of Division of the Political and Security Committee office within the EEAS.

Hester Somsen (@HesterSomsen) is director for security policy at the Ministry of Foreign Affairs of the Netherlands. Previously, she was Head of the Crisis Management and Peacekeeping Operations Division in the Security Policy Department dealing with all aspects of the peacekeeping and crisis management operations in which the Dutch participate. She was the Ambassador to Lebanon from 2013 to January 2017.

Richard Gowan will be hosting a live Q&A on Periscope and Twitter at 3.30pm BST on the day of the event.

@ecfr and send us your questions on Twitter with #crisismgt or by e-mail at [email protected]. 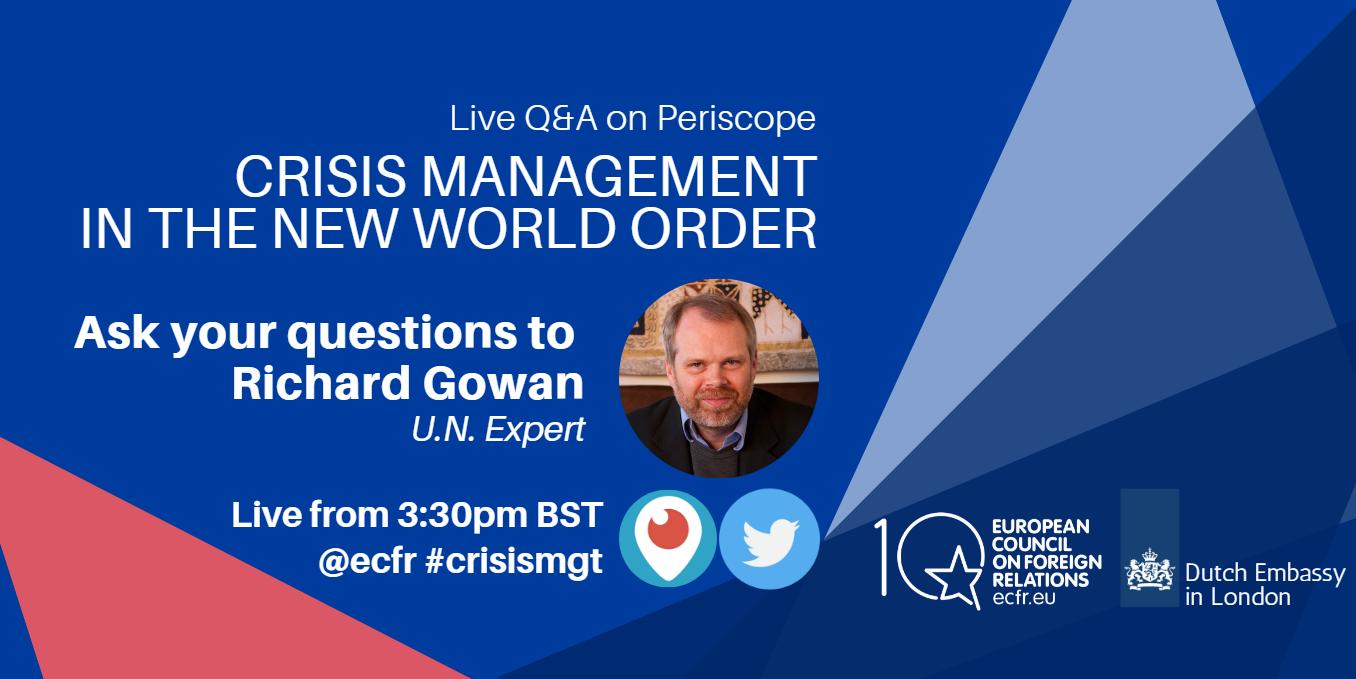