In early summer 2015 – just when policy makers’ attention to the Greek debt drama peaked and the refugee crisis was imminent but had not yet struck – ECFR conducted a survey on coalition building in the EU. We invited policy makers, practitioners and think tank experts across Europe to answer a small set of 20 questions on EU member state interaction, the role of large and small member states, and the future prospects for coalitions. The responses provide a unique collection of views and assessments, offering insights into the network of relations among states and the differentials of impact on the EU among them.

On 20 April, Rethink: Europe convened a workshop discussing an in-depth analysis of the survey results ahead of the re-launch of the survey this summer. Participants came from research institutions, technology companies, foundations, academia and the government. 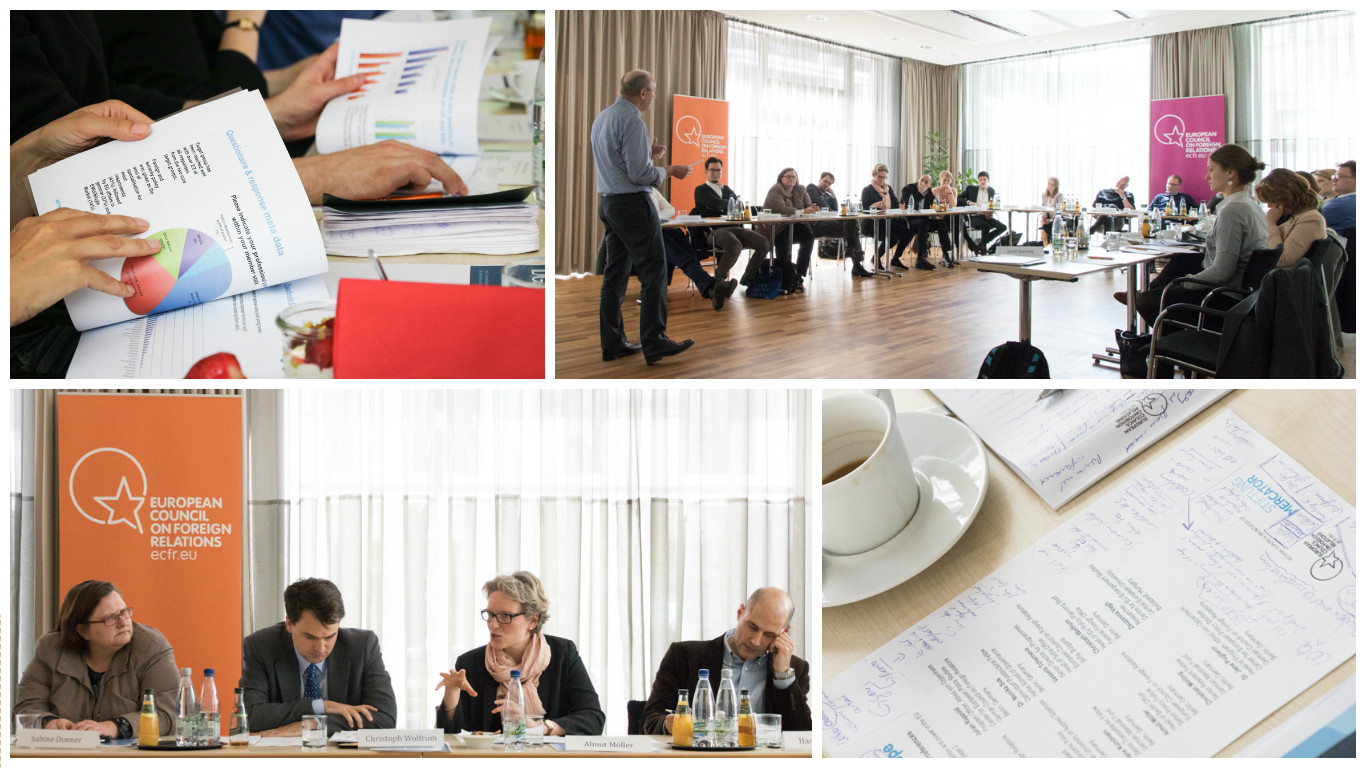 The group also debated ideas for an EU power taxonomy to illustrate the different resources member states wield to influence European affairs and EU policy making. The workshop and its discussions will feed back in to work under Rethink: Europe to find new approaches for better and more European oriented member state cooperation.

The findings and conclusions of the survey will be published this spring on www.ecfr.eu/rethinkeurope.