Kadri Liik, Senior Policy Fellow at ECFR
Marek Menkiszak, Head of the Russian team at the Center for Eastern Studies
Hans-Peter Hinrichsen, Head of the department of Russia, Belarus, Ukraine, Moldova and the Eastern Partnership in the German Ministry of Foreign Affairs. 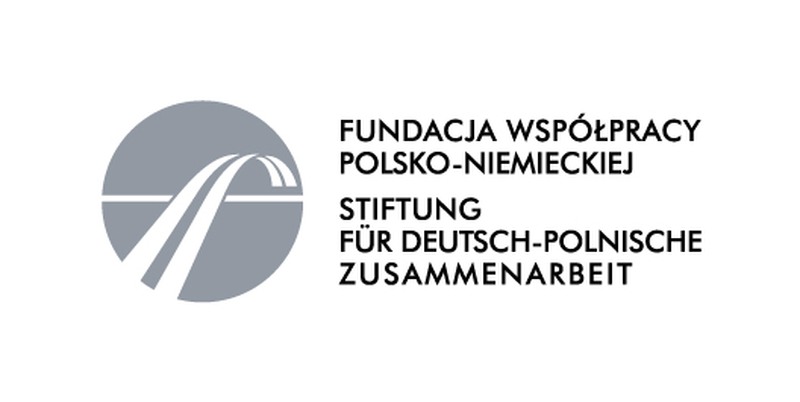 At the end of May, Kadri Liik wrote a commentary entitled In search of “business not as usual” with Russia focused on future of European-Russian relations. To discuss its main points, the ECFR Warsaw office together with the Foundation for Polish-German Cooperation organized a public debate After divorce: How to reframe Europe's relations with Russia?. We invited author of the analysis Kadri Liik – Senior Policy Fellow at ECFR; Marek Menkiszak – Head of the Russian team at the Center for Eastern Studies; and Hans-Peter Hinrichsen – Head of the department of Russia, Belarus, Ukraine, Moldova and the Eastern Partnership in the German Ministry of Foreign Affairs). The discussion was chaired by the director of the ECFR Warsaw office – Piotr Buras.
In the introduction, the moderator referred to the title of the event – if we are talking about a divorce with Russia, how should we define a marriage? He stated that we could interpret it in two ways – both as a break of illusion that Russia could become a part of the West, as well as a breakup of a stable and peaceful world based on interdependence. Piotr Buras also outlined the main question for the debate – should Europe keep the status quo in relations with Russia or rather go to find a new model of cooperation? If we look for new visions of our relations, can we pass over of what is happening in Donbass?

Kadri Liik noted that Warsaw is the best place to discuss the shape of contacts between Europe and Russia. “Business as usual” according to her, was built on the assumption that our Eastern neighbor will democratize and will share the same values as Europeans. However, it must be admitted that it will never happen, and Putin – who will rule until 2024 – would like to eventually see the liberal order fail. The identity crisis of its own identity present in Europe will soon be a problem also in Russia. In a changing world, we should all find our place, instead of constantly fight in a yesterday's battle.

Hans-Peter Hinrichsen said that we have different concepts of international order. Europe would like to have multilateral relations, while Russia wants a multi-polar world. We also have different military concepts – we do not appreciate the power of social media as much as Russia does. He expressed concern that for young people in Germany, Russia is not as interesting direction of research and contacts as for older generations – hardly anyone learns the language or travels there – and it happens at the moment when the United States are not willing anymore to get involved in the issues of Eastern Europe. This means that Europe must put more effort into solving problems in its neighborhood and strive to create a common external policy. Only in this way Europe is able to be a global player. The speaker also pointed out that the EU Member States should draw on their varied experiences in relations with Russia and build a common vision of joint relations with Moscow on them.

Marek Menkiszak took a different tack. According to him, problems in relations with Russia appeared not in 2014, as Kadri Liik argued in her text, but rather at the beginning of the millennium, when the Russian authorities decided that they would reform their country according to a different model than European governments did. By taking action against the Western standards and building an authoritarian system, Russia sought to regain its imperial power. Although the Europeans welcomed the election of Dmitry Medvedev as a president, they quickly realized that his presidency was only an interlude.

According to Menkiszak, Europe's biggest problem is that it is unable to acknowledge the state of constant conflict with Russia. This leads to unilateral, unsuccessful attempts to improve these relations and to concessions to Russia in vain hope that it will respond to them constructively. This does not mean, however, that Europe should completely cut relations with Russia, but should stop high-level and economic contacts that legitimize the current authorities and their policies and do not treat dialogue as a fetish. According to him, Europe must keep pressure on the Russian authorities and intensify cooperation with Russian civil society, as the weakening the legitimacy of the regime is becoming more and more visible.

For Hans-Peter Hinrichsen, the European approach towards Russia is based on principles, above all respect for sovereignty and inviolability of borders. In his opinion, Europe reacts strongly when Russia threatens its neighbours, but at the same time does not seek confrontation. According to him, Europe does not legitimize Moscow's actions in the eyes of citizens, and will do not so until some changes take place – unfortunately, they are not expected to happen in the near future. The expert summarized his position, saying that despite some changes in the nineties, which gave Europeans hope to find an equal partner in Russia, “at the beginning of the 21st century, Russia has become Russian again”.

In a further part of his comment, Hans-Peter Hinrichsen referred to the reinstatement Russia to the Parliamentary Assembly of the Council of Europe (PACE). He pointed out that this is a good decision from the perspective of Russian citizens, enabling them to turn to the European Court of Human Rights in situations of violation of human rights. Russia even resorted to blackmail, threatening that continued suspension of its membership would result in its withdrawal from the Convention on Human Rights. Marek Menkiszak argued, however, that this was a failure of European politics, because ultimately Russia’s return to PACE was a one-sided concession.

New policy for managing confrontation is needed – said Kadri Liik. She also referred to Russian civil society, stressing that European assistance is important to its growth, but is not able to influence the shape and nature of regime in Russia. She also said that Europe must first work on repairing its own political system so that it could become a model to follow. Liik noted also that the election of Donald Trump as US president paradoxically resulted in greater boldness of Russian civil society and the resumption of protests.

Marek Menkiszak, however, complained that from the Russian perspective there is no “business as usual”, only “business better than usual”. Despite sanctions and an ongoing war in the Donbass, new agreements are being made and political dialogue is intensified. In his opinion, Europe is slowly moving away from criticizing Russian actions, and although it sometimes talks about the ineffectiveness of sanctions, it nevertheless cooperates with the Kremlin and considers joint economic projects. What's more, changes taking place in the European Union itself – primarily the increasing support for far-right parties in some member countries – suit Russia and strengthen Putin's position both in and outside the country. In his opinion, Europe increasingly accepts Russia as it is and abandons attempts to change its political system.

Kadri Liik replied that, as for now, there is no chance of changing the regime in Russia and stressed that there was no pressure to lift the sanctions at this time. She also disagreed with Marek Menkiszak that the increase of the popularity of the extreme right parties translates a stronger position of Russia. She also defended the current level of sanctions – they are aimed at long-term regime change in Russia, and stricter measures could trigger an uncontrolled reaction of the Kremlin. Hans-Peter Hinrichsen, on the other hand, argued that the last years of Russian policy have not been a success, citing as examples costly and prolonged conflicts in Ukraine and Syria.

During the Q&A session, the experts were asked about new institutions and instruments necessary to build relations with Russia and their assessment of the existing ones. One of the guests also asked about the differences in perception of Russia between the member countries and inquired how to implement a uniform policy despite having them. A question about Russian goals in international politics was also asked.

According to Marek Menkiszak, Europe should strengthen banking supervision, control money laundering and increase European law enforcement. He stressed that the European Union should not tolerate double standards when Russian policy-makers are pursuing an aggressive policy towards Europe, while sending their children to European schools and themselves living in EU member states. In his opinion, a good, though difficult, compromise in policy towards Russia was Mogherinis’five points towards the Kremlin. He also noted that Russia will try to wait out European sanctions, blackmail the European Union and use its economic cooperation with China as a bargaining chip.

Hans-Peter Hinrichsen said that Europe must prepare for compromises and demand solidarity from the member states regarding relations with Russia. He pointed out that smaller countries, which the Russian government does not take seriously are in a particularly bad situation – which is why they should all base their relations with Russia on international and European institutions. He drew particular attention to the conflict in Donbass, stressing, however, that decisions on the future of Ukraine are not made there, but in Kiev. In his opinion, a decisive government, rule of law, a crackdown on corruption and reforms in line with European standards would help drive out the Russian influence from the country.

At the end, Kadri Liik said that Russia wants to return to the model known to us well from the history, i.e. to the world based on the superpowers. She appealed for the countries of Central and Eastern Europe to go beyond moralizing and propose specific solutions and directions of external policy in order to constructively use their rich and varied experiences. 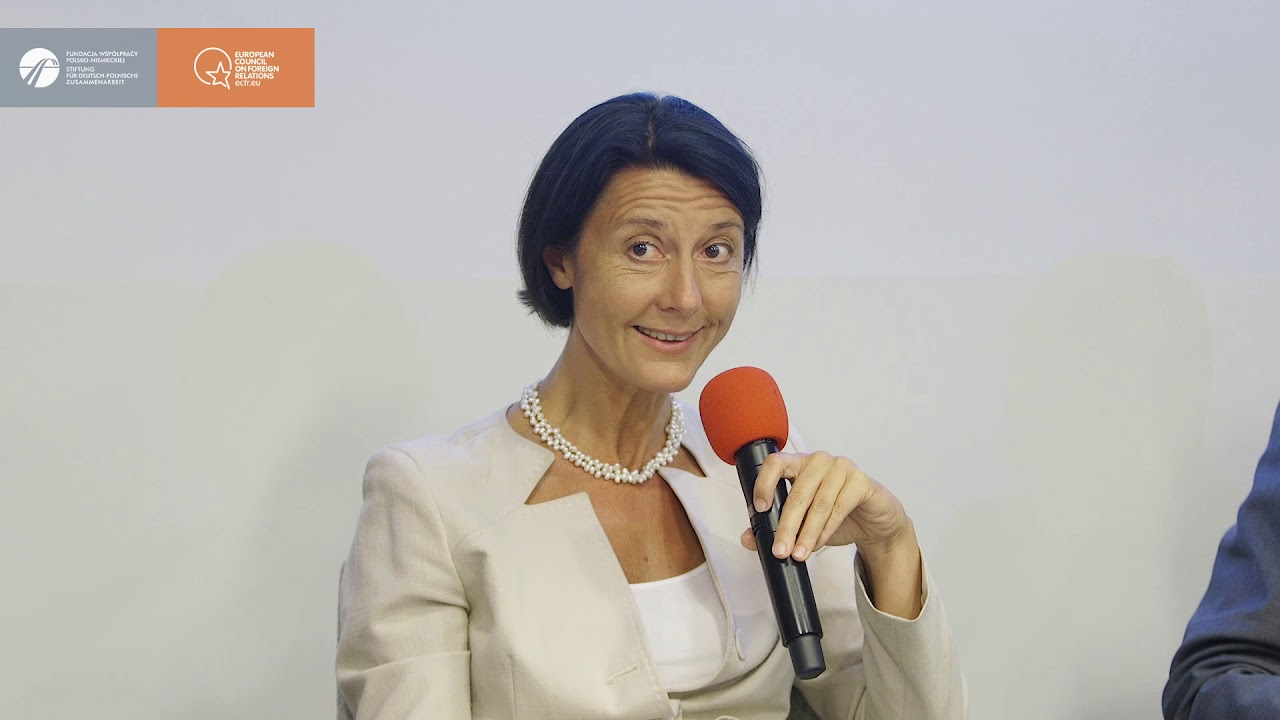