State failure and economic collapse have driven a recent rise in migrants leaving Tunisia and Lebanon; it is not just war pushing people to Europe. At around 60,000 people, the volume of arrivals remains far below the peak of 2015, but it represents an inescapable reminder for Europeans to devote greater attention to addressing socio-economic problems in the Middle East and North Africa.

Lebanon and Tunisia have never been large source countries of migrants to Europe, but this year Tunisians represent the biggest group of migrants – at 42 per cent, nearly double the figures from the last two years. Tunisian arrivals to Italy have now surged past those from Libya. Nearly 8,000 in total have attempted the journey since the beginning of the year. Meanwhile, at the eastern end of the Mediterranean, 18 boats reached Cyprus from Lebanon in September, confirming the emergence of a new route previously only used by fleeing Syrians. Refugee testimonies from both locations suggest that poverty rather than conflict is the key driver of this new upsurge. The latest Arab Youth survey shows that the percentage of young Lebanese wanting to leave their country stands at 77 per cent – higher than that even for Libya, Yemen, and Iraq. More widely, two in five young Arabs are now considering moving abroad. European countries should make sure this is on their radar – the United Kingdom and Germany are among the top five preferred destinations.

Pressures inside Lebanon and Tunisia highlight what may lie ahead for the region. The Lebanese people are now paying a high economic and psychological price for the Beirut blast on 4 August this year. That event compounded the country’s recent economic collapse, which has seen the currency lose 80 per cent of its value and inflation levels rise 120 per cent in the last year. According to the International Monetary Fund, the Lebanese economy is set to shrink by 25 per cent in 2020 – making Lebanon second only to Libya as having the worst performing economy across the Middle East and North Africa. For many, the explosion reinforced the general sentiment of hopelessness that abounds in Lebanon. By April this year, half of the population was already living below the poverty line following the outbreak of covid-19, a doubling of food prices, and a hunger crisis. Recent events have exposed the ineptitude of the Lebanese political class, with the recent prime minister-designate resigning after failing to form a new government. A new government could now be formed under Saad Hariri, who was forced out as prime minister only last year by protests. If this government is unable to secure rapid international financial support, the country risks further economic deterioration.

In Tunisia, meanwhile, the country that is often labelled as the only success story of the Arab uprisings is also experiencing mounting political and economic frustrations. Continued government and parliamentary divisions have significantly slowed the adoption of much-needed reforms and a deeply fragmented parliament has long failed to agree on how to tackle the country’s huge financial problems and debt, which stands at 77 per cent of the country’s GDP. The covid-19 crisis, meanwhile, caused an economic decline of 21.6 per cent – the country’s greatest contraction in history. As Tunisians grow increasingly frustrated with the country’s plight, unemployment levels keep rising and protests are growing. There is deep dissatisfaction with the lack of response to popular demands for a competent government, legitimate institutions, and political processes that can address the country’s socio-economic problems.

In both countries, the poor economic and political situations are encouraging people to leave. Europeans may believe that they now have the mechanisms in place to resist significant new flows – and, again, the numbers of people making their way towards Europe should not be overstated (or exploited for political gain). But it makes sense for Europeans to do more to address the issue before the numbers rise further. Here, European actors may have limited leverage to solve the region’s deep structural problems and push much-needed governance reforms – as shown by ongoing French struggles to get the Lebanese political elite to embark on a necessary reform programme. But they can still increase efforts to address the current economic crises.

Instead of solely orientating their strategies towards political transformation (though Europeans should press governments in the region to make desperately needed governance reforms), Europeans need to invest greater immediate efforts in strengthening bottom-up societal support, looking for means to strengthen civil society networks and widen openings for local initiatives that provide economic assistance on the ground. This is especially true in the case of Lebanon, where the urgency and acuteness of the current situation makes it critical for European support to try to meet people’s core needs. To do so, they will need to work around corrupt and broken domestic governance structures – as recommended by numerous Lebanese analysts and rights groups in the aftermath of the Beirut port explosion. Meanwhile, Europeans will rightly want to work with the international community to ensure that larger-scale loans – such as an IMF bailout to Lebanon – are tied to necessary governance reforms, but they should not tie core aid to overly stringent conditions or to wider issues such as structural reform.

These countries are already recipients of significant international aid. Tunisia receives the highest levels of European support per capita in the world and this year it will still need to borrow about $3 billion to meet spending commitments. Similarly, Lebanon imports about 85 per cent of its food (mostly via the Beirut port where the August explosion occurred) and is a consistent recipient of international humanitarian assistance due to high volumes of refugees in the country. These core aid channels must remain intact at this difficult moment. But Europeans should look to ensure that they become more effective in their implementation by working more directly at community level.

As the Arab Youth Survey revealed, discontent around the region is high, especially among the young, who represent 60 per cent of the region’s population. Increases in migration numbers this year are not only driven by conflict, but increasingly by economic troubles and discontent with political leadership, a trend that the pandemic has further aggravated. European governments and the European Union should devote new attention to this new trend to help meet people’s needs now and to avert the arrival of overwhelming numbers in the future. 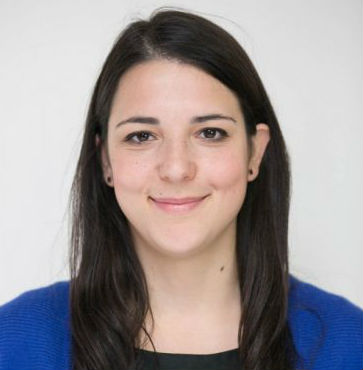