This Thursday and Friday, our Council gathers to discuss the future of European foreign policy. Our policy experts preview some of the issues that we’ll be debating. Follow this page for more information. #ECFR15

At the outbreak of the crisis in Ukraine everyone, especially those at the eastern end of the EU thought that a repetition of the 2009 scenario was on the cards. Then, countries who were almost entirely dependent on Russian gas supplies suffered losses, both in the private sector and in households. Yet it didn’t turn out that way. Something had changed between 2009 and 2014 that prevented Russia from acting as it had in the early crisis. There are three factors that helped those countries who were fearful of Russian gas supplies being switched off.

Firstly, the EU responded more effectively and more proactively. Rather than leaving each country deal with it on its own problems over energy security, it started to elaborate a comprehensive energy strategy, firmly based on the community principle. That included reassessing interconnectedness within the European Union member states and, in a revival of the regional principle, targeting regions that were and are poorly connected. In fact, in just the last two weeks we’ve heard about memoranda and cooperation proposals being signed in the Baltic Sea Region, in South-East Europe and at the so called Pentalateral Energy Forum (Belgium, Germany, France, Luxembourg, the Netherlands, Austria, Switzerland). And at the EU Council of Energy Ministers twelve electricity neighbours committed to cooperate on security of electricity supply.

In support of this new robust approach Commissioner Maroš Šefčovič, Vice President for Energy Union, has started a tour that takes him to the EU capitals to discuss the Commission’s assessment of each country’s energy situation and discussing with them what can be done to boost the energy security.

Secondly, the market has changed since 2009. In 2014 there were many more options considered both in terms of sources of energy and routes to bring it to Europe. Conditional on the outcome of nuclear talks, Iran has voiced interest in selling gas to the EU.The EU is building an energy centre in Baghdad and, despite disruptions owing to the rise of Islamic State, Kurdistan provides new possibilities. The Trans-Anatolian gas pipeline (TANAP) provides the opportunity of connecting gas from Iran, Iraq, Israel, Cyprus to the Southern Gas Corridor.

Thirdly, there has been a revival in the market-based approachto creating single energy market within the EU. Rather than investing in unnecessary capacities for national power plants, the EU has focused on expanding infrastructural links to and between neighbours without interfering in the logic of energy markets. This will make it far easier for investors to commit and for the EU to attract funding using its various instruments. The Energy Union provides a useful framework and outlines all the major sources of EU’s energy insecurity. But when it comes to the solutions, it is probably predestined to succeed more on the intra-European than on the inter-European dimension.

2009 taught the European Union the lesson that energy security is too costly for Europe to be taken by surprise by actions that threaten it. The solutions to the problem are often foreign policy ones; to quote Šefčovič, the Energy Union doesn’t stop at EU’s borders. This is why it should integrate countries like Ukraine and Turkey in order to boost its own energy security but also to help them adopt EU rule and regulations as these countries converge towards the EU membership. There are a number of foreign policy instruments of the EU that tackle energy but they require a strong MS initiative and a regional approach to the energy rich neighbours. 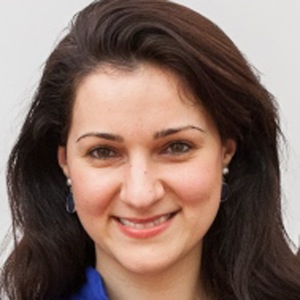