That a 70-year-old man who had already toyed with leaving for some years has just retired may not sound like news. However, it matters rather more when that man is General Evgeny Murov, former head of the Federal Guard Service (FSO), the force that guards President Vladimir Putin, the Kremlin, and the very heart of the Russian state.

In the Byzantine court politics of modern Russia, proximity to the body of the president is an all-important political asset, and who has more proximity than the guards, doormen and bullet-catchers who insulate him from the outside world?  This is especially true now that Putin seems not only to be shrinking his personal circle of advisers and confidantes but even physically withdrawing from the rest of the country, travelling less and even minimising his trips to the Kremlin. 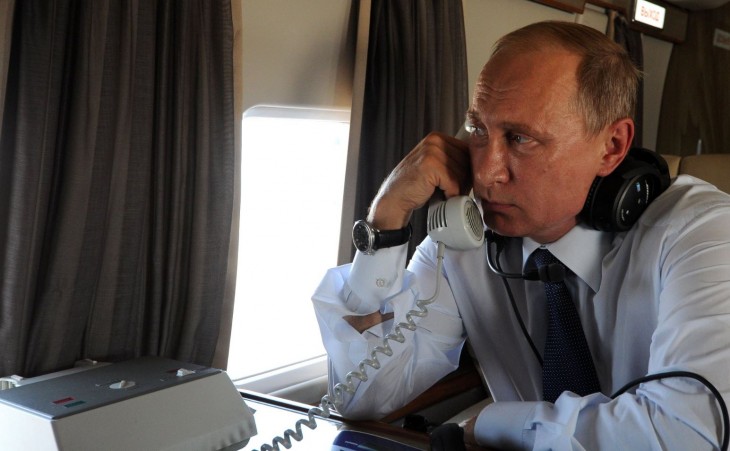 Far from being an all-powerful “spookocracy” that controls the Kremlin, Russia’s intelligence services are internally divided.

Much like Tsar Ivan IV – the “Terrible”, although in fairness this is a misleading translation and “Awe-Inspiring” perhaps conveys the original Russian best – Putin has created for himself an oprichnina – an enclosed physical and social state-within-a-state. And like Ivan, whose oprichniki were cronies, allies and storm-troopers all at once, and did very well out of it, Putin seems to be turning more to those whom he knows and trusts, those to whose faces he has become accustomed.

We have already seen this “facetime factor” at work, especially in the rise of figures from the Presidential Security Service (SBP), part of the wider FSO. Former chief Viktor Zolotov now heads up his own army, the National Guard. SBP Colonel Alexei Dyumin in the space of a year became a general in the army, a potential head of military intelligence (GRU) and then acting governor of Tula region. Nor are these the only examples: the rise of the FSO and SBP veterans is a distinct trend.

The emergence of any new elite faction always creates disturbances within the wider architectures of the security state, but these were largely smoothed out by the influence of Evgeny Murov. He was not only a calming presence in a political environment otherwise characterised by factional feuds and personal rivalries, but while researching my recent ECFR report Putin’s Hydra: inside Russian intelligence services, it became clear how pivotal he had also become as in some ways a de facto national security adviser:

“If anything, FSO head General Evgeniy Murov sometimes seems to have played this role de facto. Given that part of the FSO’s remit is to watch the other agencies, he has both the ability and the justification to identify when cases are based on flimsy data or on self-interest. However, this appears to be very much personal to him: as the longest-serving of any of the service chiefs – appointed in 2000, and clearly having no higher ambitions (Source A called him “the last of the old-school duty-and-honour Chekists”). However, he has been trying to retire for two years now, and it is unlikely his successor will have the will, capacity, or gravitas to follow in his footsteps.”

It was an open secret that Murov had wanted to leave for some time; the statutory retirement age is 65, and he was kept on by special – and seemingly onerous – presidential dispensation. Now he has gone, and he has been replaced by Dmitri Kochnev, former head of the SBP, who was appointed to that position in December of last year.

This may seem a logical step, but it actually carries with it several grounds for concern. Although it may not seem it to Putin or the sober, black-suited and earpiece-sporting men who cluster around him, the FSO always did far more than just protect the president. Indeed, although it also controls the Kremlin Guard and the men who secure the Duma, the White House and other buildings and VIPs, was it just about physical protection?

The FSO, or rather Murov, was one of the last figures who had the access, the knowledge, and the license sometimes to question the more outrageous claims being presented to Putin from the intelligence community.

The FSO is the mind to the National Guard’s fist. If the Natsgvardiya is in part a force to keep the elite in general and the security apparatus in particular in line, then the FSO (which has its own communications intercept capabilities and network of informants inside the agencies) was there to know when that might be needed, before it was needed.

The FSO, as a result, sometimes helped moderate the tendency within Russia towards “spook wars” between rival agencies.

The FSO participates in the efforts to monitor discontent across the country, not to repress but to defuse situations where a little money or political capital could head off serious unrest.

In short, however perverse it may sound, this most Praetorian and loyalist of agencies actually helped keep Putin grounded and the system stable. But Murov personally was clearly a driving force, not least because he evidently had no thoughts of personal advancement in mind. Is Kochnev able to play the same role? Willing? Even aware of it? That’s hard to see, and the 51-year old Kochnev, whose entire life has been spent within the FSO, is less likely to see his future as being heading the FSO for the next nine-plus years. Even if he is content with his new office, will any of his rivals believe it, anyway?

My conclusion for Putin’s Hydra was:

“This is the irony. Putin has the intelligence and security community he wanted: a powerful, feral, multi-headed and obedient hydra. But it is Putin himself, and his dreams of Russia as a renewed great power, that is the real victim of this aggressive and badly-managed beast. The agencies reinforce his assumptions and play to his fantasies rather than informing and challenging his worldview, as good intelligence services should.”

If anything, today’s news risks making this system even more dysfunctional, politicised, untethered from reality, consumed by factionalism – and thus more dangerous for both Putin and Europe.

A question of balance: India and Europe after Russia’s invasion of Ukraine