Those who hoped Morsi's overthrow would usher in order instead face a leadership that responds to economic and social challenges with abuses of freedom.

A stable Egypt at the cost of democracy and the values the international community professes to hold dear. That is the calculation at the core of most countries’ approach to Egypt in the year since the 3 July, 2013 coup that overthrew president Mohamed Morsi.

But that calculation is likely to prove as short-sighted as it is unconscionably cynical. One year after then-defence minister Abdel Fattah El-Sisi unseated Morsi, a host of challenges on the economic, security, and political fronts are likely to militate against a swift or lasting restoration of stability.

Much has been written about Egypt’s bloated public sector, unsustainable subsidy regime, and growth rates unable to keep pace with a rapidly growing population. For now, Egypt remains dependent on Gulf largesse. But the Gulf’s generosity is not without limits, as evidenced by the UAE’s bankrolling of international consultants to advise on economic reform, and its calls for IMF assistance to Egypt.

President Sisi has indicated that he is cognizant of the scale of the problem. Whether the government can successfully implement the painful but necessary reforms required is another matter entirely, particularly when such reforms are likely to provoke unrest that the government can ill afford.

At the same time, sporadic terror attacks, ranging from the amateurish to the lethally sophisticated, are likely to remain a feature of the Egyptian landscape for the foreseeable future.

Terrorist groups tried unsuccessfully to attack a ship in the Suez Canal, and suicide-bombed a bus full of South Korean tourists in Sinai in February, killing four people.

What these attacks had in common was the potential to act as force multipliers, producing disproportionately large impacts, through potentially blocking Suez Canal traffic or disrupting tourism, both vital foreign currency sources for Egypt.

But fragmentary reports from the Sinai suggest the military’s heavy-handed sweeps and indiscriminate raids are exacerbating long-standing grievances against the state, likely proving counter-productive to counterterrorism efforts.

On the political front, an unexpected consequence of the presidential election was the debunking of the myth of Sisi’s overwhelming popularity. Lackluster turnout drove the government to panic. A Pew survey had already suggested that support for Sisi was not widespread as claimed by adoring public and private media outlets. Pew found support for Sisi stood at around 54% but that dissatisfaction with the direction Egypt was heading was higher than before Mubarak’s downfall.

Despite having been the de facto ruler of Egypt since July 2013, the perception that Sisi is untested by office has been carefully cultivated. Consequently, his approval ratings are likely to suffer if he fails to produce a quick, relatively painless economic turnabout – a prospect Sisi himself clearly does not believe is realistic.

But it is crucial not to lose sight of a principal destabilizer: the disenfranchisement and crackdown on an entire political class, one which won millions of votes across several elections, and now finds itself locked out of the political process and under assault by a resurgent security state.

Sisi has signaled he has no interest in any form of political accommodation with the Islamists. Nor would the Gulf states currently keeping Egypt afloat tolerate such an accommodation. Accountability, essential to any serious reconciliation efforts, will remain impracticable as long as the government remains reliant on coercive force to rule.

Those who had hoped the new government could swiftly restore order and a sense of normalcy are liable to find themselves disabused of that notion. In the meantime, efforts to promote the coup as a course correction to put Egypt back on a democratic path have been thoroughly discredited by a year that has witnessed a steady closing of political space and the worst human rights abuses and mass killings in Egypt’s modern history.

Egypt will hold parliamentary elections in the coming months. Evidence suggests these will produce a pliant legislature little different from that constituted under the deposed President Hosni Mubarak.

But it is not too late for the international community to relinquish its irrational focus on the army’s road map. Egypt’s progress towards democracy should be judged on the basis of indicators like press freedoms, due process, accountability, freedom of association, and freedom of speech, rather than on the basis of a series of arbitrary milestones offered up by the military.

The international community must also speak out consistently on the abuses that have become a grim, new normal in Egypt, eschewing the blatant partisanship that has thus far marred its record on Egypt across the past 12 months. The recent jailing of three journalists for doing their jobs is a heinous miscarriage of justice, and rightfully provoked global opprobrium. But their case is a drop in an ocean of faceless, nameless victims whose fates have gone largely unremarked.

States that decided to soft-pedal the events of the past year out of a conviction that they were betting on a winning horse should recognize that things are far from settled in Egypt. The international community should limit its exposure to Egyptian risk by making it unequivocally clear that any engagement with Egypt is not an endorsement of the post-coup political order or an acceptance of its worldview, a task in which – to varying degrees – most countries and groupings have failed.

This article was originally published in Middle East Eye. 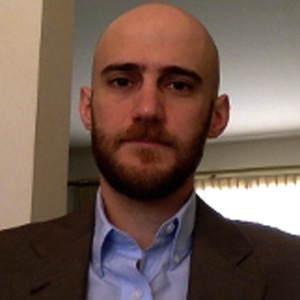