One year has passed since the murder of journalist Jamal Khashoggi at the Saudi Arabian consulate in Istanbul. The crime, which media outlets around the world quickly linked to Saudi operatives, had a dramatic impact on the Kingdom’s international image, challenging the reform credentials of the new leadership, and turning the spotlight onto the country’s domestic and regional policies. Even though the Saudi authorities initially denied the allegations, they have slowly changed their approach – culminating in a public acknowledgement and acceptance of responsibility this week by the Crown Prince and day-to-day ruler Mohammed bin Salman – in an attempt to regain international credibility.

Khashoggi’s killing happened at a time when Saudi Arabia’s image, projecting a sense of reforming zeal, was at its international peak. The government thought that international pressure following the incident would be only momentary and that time would resolve the crisis.

Following Khashoggi’s death, and in the last few months in particular, the Kingdom accelerated the pace of domestic change, both to advance Mohammed bin Salman’s desired reform agenda but also to help absorb some of the international criticism. In August the guardianship system was dismantled, a significant step allowing Saudi women new freedoms. Another trial balloon allowed some women to appear in public without wearing the obligatory black robe. Awwad Al-Awwad became head of the Human Rights Commission in late August and, shortly after his appointment, the Saudi blogger Raif Badawi ended a hunger strike when he was visited by the commission. A number of female detainees have also been released. Most recently the Kingdom announced plans to open the country to international tourism.

But one year on and these efforts have not succeeded in shifting the focus away from Khashoggi. Attempts to deflect responsibility by blaming rogue operators have only further increased international pressure, not just linked to the crime, but also on wider issues. Saudi Arabia’s activities in its region and the ongoing detention of women’s rights activists have continued to receive unprecedented scrutiny.

Even though Donald Trump maintained his support for the Kingdom, and European leaders eventually softened their approach, the Saudi leadership realises that its development plans will be tainted by the murder for the foreseeable future. Moreover, Riyadh has become increasingly concerned by wider US criticism, from within both the Republican and Democratic parties – with much of their ire channelled towards the Khashoggi killing and the ongoing war in Yemen – as well as public polls highlighting falling favourability rates of the Kingdom among the American public.

Over this period, international human rights forums have continued to demand greater accountability for the murder, and a June report by United Nations special rapporteur Agnès Callamard accused Saudi Arabia of a “premeditated execution”. This comes as regional tensions with Iran have mounted, culminating in the recent attack on Saudi oil facilities, further feeding the Kingdom’s sense of vulnerability. With the third annual Future Investment Initiative, seen as vital for implementing the country’s economic projects, taking place later this month, Saudi Arabia has now apparently decided to change its approach.

The result has been a more forceful willingness to take some responsibility for the killing, moving beyond the arrests and trials of those accused of direct participation in the incident. Most significantly, the Crown Prince recently gave his first interview to an international news outlet since the murder in which he said he took “full responsibility as a leader in Saudi Arabia, especially since it was committed by individuals working for the Saudi government.” While the Kingdom has previously acknowledged the role of Saudi officials in the murder, Mohammed bin Salman’s personal willingness to assume responsibility – albeit denying that he had any foreknowledge of the crime as some claim – marks a significant shift in approach, one aimed at drawing a line under the issue.

Still, accepting official responsibility at the highest level does not mean that the leadership is now willing to allow transparency on the Khashoggi case, or on the trial of those alleged to have been involved. In fact, Saudi officials are continuing to distance themselves from questions about the legal proceedings, arguing that the Saudi public prosecutor is responsible for overseeing the trials. This tactic serves as a reminder of Saudi Arabia’s firm stance against perceived interference in its domestic policies. At the UN Human Rights Council just last month, the Saudi ambassador strongly attacked Australia for heading up a coalition of countries criticising Saudi Arabia’s human rights record.

For many critics of the Kingdom these recent steps will not be enough, and they will continue to demand more substantive measures. But for its part, Riyadh hopes that the combination of high-level public contrition, ongoing domestic legal proceedings against the alleged perpetrators, and accelerated social reforms – combined with a firm stance against external interference – can be enough to shore up the country’s international position. Mohammed bin Salman remains the fulcrum of dramatic reforms that are reshaping the Kingdom, a trajectory that enjoys broad domestic support and that many in the West also want to see succeed. Saudi Arabia’s leaders now hope that this agenda can alter international perceptions of the Kingdom after a very difficult year. 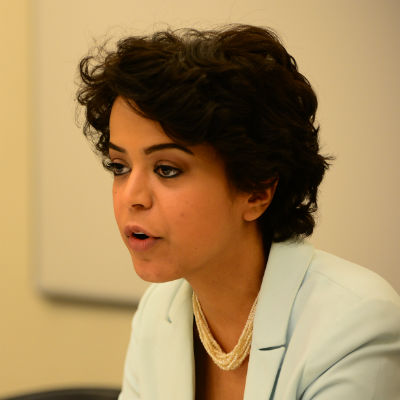