Last week Vladimir Putin spoke with young Russian historians about Russia’s national history. He emphasised the need to oppose the attempts “to recode our society” that go “hand-in-hand with attempts to rewrite history and shape it to particular geopolitical interests”. Putin did not explicitly identify the people who were rewriting history, but during the same meeting, he denounced those who “still [put forward] arguments about the Molotov-Ribbentrop pact” and blame the Soviet Union for dividing Poland. “But what did Poland itself do, when the Germans invaded Czechoslovakia?” Putin asked. “It took part of Czechoslovakia. It did this itself. And then, in turn, the same thing happened to Poland”. In Russian, Putin sounded even more emphatic: “And then the puck was returned to Poland”, he said, but the official Kremlin translation softened his hockey metaphor. Putin went on: “I do not want to blame anyone here, but serious studies should show that these were the foreign policy methods at the time.”

Five years ago Putin voiced a different position on the Molotov-Ribbentrop Pact. In an article published in 2009 in the Polish newspaper, Gazeta Wyborzca, written to coincide with the anniversary of the beginning of World War II, he said that “there is no doubt that one can have all the reasons to condemn the Molotov-Ribbentrop Pact concluded in August of 1939”. “I would like to remind you,” he added, “that our country’s parliament unambiguously assessed the immorality of the Molotov-Ribbentrop Pact” (In fact, what is generally condemned is not so much the non-aggression pact itself signed by Stalin and Hitler, but the secret protocol attached to it, which divided several countries into “spheres of influence” and promptly led to the invasion of Poland by Nazi Germany and the Soviet Union).

[Putin] emphasised the need to oppose the attempts “to recode our society”.

Putin’s 2009 article was not all about the immorality of the Stalin-Hitler pact – far from it. Aside from those sentences, his article and his conversation with the young historians have similar messages. Back in 2009 Putin also spoke about “attempts to rehash the past” and “efforts to tailor history to the immediate political needs”. “It is indicative”, he stressed, “that history is often slanted by those who actually apply double standards in modern politics”. Then as today, Putin condemned the immoral politics in pre-war Europe “when not only Germany, but also Hungary and Poland […] took part in the territorial repartition of Europe”.

Nonetheless, in 2009, Putin’s moral condemnation of the Stalin-Hitler agreement overshadowed the vaguely combative tone of his article. Introducing Putin’s piece, Gazeta Wyborcza shared a sense of relief that it turned out not to be “along the lines of the aggressive speech Mr Putin delivered in Munich in 2007 and which was hailed as the beginning of a new cold war. The text we publish today proves that they were wrong”. Now, in 2014, Putin’s ideas of history have been purged of their conciliatory notes, and instead align with the new, Cold War-style confrontation with the West.

“It is indicative”, he stressed, “that history is often slanted by those who actually apply double standards in modern politics”.

In their writings about Putin, Fiona Hill and Clifford Gaddy have pointed out the Russian president’s “obsession with history”. Already in 2012, they described him as “a student of Russian history who is moving increasingly into the dangerous territory of writer, manufacturer and manipulator of history.” Putin’s identity as a “history man” has become even more striking lately, both on the world stage and at home. Last year, Putin demanded that the history course taught in Russian schools be devoid of “internal contradictions and dual interpretations”. At last week’s meeting with young historians, Putin seemed to have in mind not just school children, but a broad national audience. “Let me call myself your colleague,” he told the historians – but in fact his tone was that of a supreme historical authority, as he denounced wrong interpretations and asserted the right ones covering the period all the way from the ninth to the twentieth century. He instructed his young colleagues that they should “convince the vast majority of our people that our position is correct, objective and fair” and eventually “gain millions of supporters”.

“History is […] understood [by Putin] as a set of ‘correct’ answers to every conceivable question about the past, to which all the subjects of [the Russian] geopolitical entity pledge allegiance”, wrote Nikita Sokolov, a Russian historian and one of the founders of the academic association, the Independent Historical Society. “His interpretations of history have the quality of state orders.”

“[Putin's] interpretations of history have the quality of state orders.”

The annexation of Crimea, accompanied by a massive campaign of bellicose propaganda, has reconsolidated the nation around Putin and reinvigorated a sense of Russia’s greatness among its people. Building on this success, Putin appears to have taken on the project of nation-building, a task that has remained unresolved throughout the two decades since the collapse of the Soviet Union. If Russia is no longer Soviet and is not trying to reclaim its imperial monarchical identity, then what is the nature of its new nationhood?

Last year, at the annual Valdai Discussion Club meeting with foreign journalists and political scholars, Putin said that Russia “has left the Soviet ideology behind”, cautioned against “idealising pre-1917 Russia”, and stated that “We have overcome the dramatic turmoil of the so-called post-Soviet period. Russia is coming back to itself, to its own history.” He did not explain, however, what this core identity is that transcends Russia’s historical upheavals: the collapse of the imperial monarchy followed by the seven decades of Soviet ideological rule, and the final meltdown of that Soviet rule in 1991. The Soviet Union claimed that communism offered a “bright future for all humankind”. Under the Russian empire’s ruling dynasty, the nation’s future was embodied in the royal offspring, the future heirs to the throne. But in today’s post-Soviet Russia, there is no vision for the future that is not simply more of Putin’s Russia.

Putin is uncontested and unchallenged as Russia’s ruler. Apparently, he would like to inculcate in the Russian people a perception of history as unquestioned as his own rule. The historical creed that he conveys to his nation and to the world is that Russia is a great power, that whatever it has ever done is right, and that anyone who dares to challenge this vision is at best wrong, and more likely, an enemy who seeks to “recode” Russian society and to undermine the Russian nation. 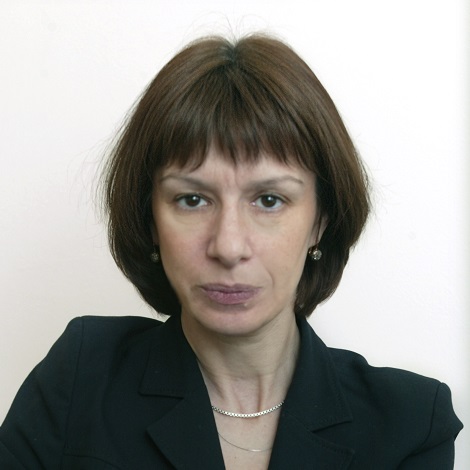