It is hard to say when the current wave of violence and revolt in Israel and Palestine will abate. But it is important to understand how the violence is happening and the toll it is taking. While the current violence may pale if compared with the 2014 war in Gaza or the simultaneous conflicts in Syria and Iraq, it has some worrying elements.

One, of course, is the age of those involved in violence. In the first half of October, none of the Palestinians killed by the Israeli forces was older than 23. These are the ‘Oslo generation’ born and raised after the 1993-1995 agreements that have given rise to the current status quo: the division of the West Bank into several areas separated from one another and from Jerusalem; the birth of the Palestinian Authority and of its security forces; the gradual impoverishment of the Palestinian economy and the increasing absence of freedom of movement.

This can be defined as the “occupation 2.0” where Israel does not require a direct military presence in all of the Occupied Territories and yet retains almost total control over the daily lives of Palestinians by curtailing their freedom of movement, deciding who gets in and out of the West Bank and Gaza and even having a final say over what medicines Palestinians can use or which products can be sold. These Palestinians have no right to choose the government that effectively rules over them.

Podcast: Violence and revolt in Israel/Palestine – the Palestinian perspective

For the Palestinians living in Jerusalem or for the Palestinian citizens of Israel the feeling of being second-class citizens (and for Jerusalemites, it is “permanent residents” not true citizens we are talking about) has been strengthened by the experience on the ground, made of growing discrimination under the law. On a daily basis, Israeli law and the public discourse (with the notable exception of President Reuven Rivlin) delivers one message to Palestinians: “you don’t belong here”. This conjures up a shared feeling of alienation for all Palestinians, who may live under different legal regimes between the River Jordan and the Mediterranean.

In East Jerusalem, Israeli strategy has been one of “political desertification” … this destruction of social and political capital has left half of Jerusalem without bodies capable of starting a mediation

That leads to the second reason for concern, namely the absence of levers that can be pulled to help deescalate the violence. In the Occupied Territories, the Palestinian Authority is too weak and delegitimised to be able to assume the role of “policeman” that the Israelis expect. Indeed, the real question is for how long the Palestinian security forces will prove impenetrable to the currents of revolt. Currently, they are cracking down on violent demonstrators while leaving the peaceful (or relatively so) ones alone.

In East Jerusalem, the Israeli strategy in the past two decades has been one of “political desertification”: eliminating any and all Palestinian organisations, whether they be the PLO or a puppet theatre. Ultimately, this destruction of social and political capital has left half of Jerusalem without bodies that would be capable of even starting a mediation – which incidentally is not among the options considered by Israel.

On the Israeli side, Netanyahu has so far moderated the violent impulses of the members of his government that would like to take an even tougher line against the Palestinians. The prime minister has focused on containment of the revolt, borrowing liberally from a decades-old playbook: demolishing Palestinian homes, arresting those who throw stones or Molotov cocktails, increasing administrative detention and so on. His coalition, the most right-wing in the history of the country, wants more. But an escalation in repression could further accelerate the spiral of violence. If the violence drags on, he’ll come under increasing pressure to do more by scaling up the collective repression of Palestinians while stepping up the settlement enterprise..

Such an approach has generated little criticism from political opponents. Netanyahu enjoys almost a “single party system” on foreign policy and relations with the Palestinians. Even though he nominally has a majority of 61 in the 120 seats parliament (the Knesset) on issues ranging from Iran to Palestine this goes up to 102. In fact, the centre-left opposition has so far tried to outflank him on right rather than suggesting different options.

On the Palestinian side, the situation in Gaza is a potential accelerator of violence. The vast majority of the city has never been rebuilt after the war last year and there is a large part of the population that has literally nothing else to lose. That explains the marches on (and breaches of) the border with Israel and the consequent gunfire into the crowd by the Israelis.

Podcast: Violence and revolt in Israel/Palestine – the Israeli perspective

In Gaza, Hamas has long been challenged but also infiltrated by radical Salafist groups which sometimes manage to get hold of parts of Hamas’ arsenal – that partially explains the occasional rocket. For how long Hamas can act as a dam for these factions will depend on the alternatives available. The Islamic Resistance Movement is more isolated than ever at the regional level while the parallel negotiations with Israel to end the blockade of the Gaza Strip and with Abbas for national reconciliation have led nowhere.

On the Palestinian side, the situation in Gaza is a potential accelerator of violence…there is a large part of the population that has literally nothing else to lose

For the moment, Hamas seems to be focusing on stirring up “resistance” in the West Bank as an irritant for the Palestinian Authority while restraining the use of violence in Gaza. Again, the question is for how long this strategy will hold and what would lead Hamas (or some faction within its armed wing) towards escalation.

Ultimately, to address the current situation Israel has three options with infinite variations. The first is to keep the status quo and also a certain level of violence and insecurity. This will require from time to time increasing levels of repression, including the massive destruction brought on Gaza last year or the proposed “lock down of Arab neighbourhoods” of the present day. The human costs and the sustainability of this option over time are questionable and yet this is by far the most likely.

The second option is to implement a negotiated plan to separate Israelis from Palestinians. That means allowing the creation of a Palestinian state in which, for instance, it will not be up to Israel to decide who enters and who exits. The “negotiated separation” option is very unlikely given that the whole (bipartisan) Israeli strategy of the past three decades has been to blur the lines, particularly by allowing an increasing number of Israeli Jews to live among Palestinians, both in Jerusalem and in the West Bank. Also, it does not address the fundamental alienation of those Palestinians living either in Jerusalem or in Israel proper.

The third option is to recognize that between the Jordan River and the Mediterranean there is now, thanks to the expansion of settlements, a single political space. And if one does not want to return to the first option, with the violence that entails, one must recognize equal rights and duties to all residents. This is also very unlikely given the current trend within the Israeli public opinion.

Daniel Levy speaks to Al Jazeera about the recent attacks: 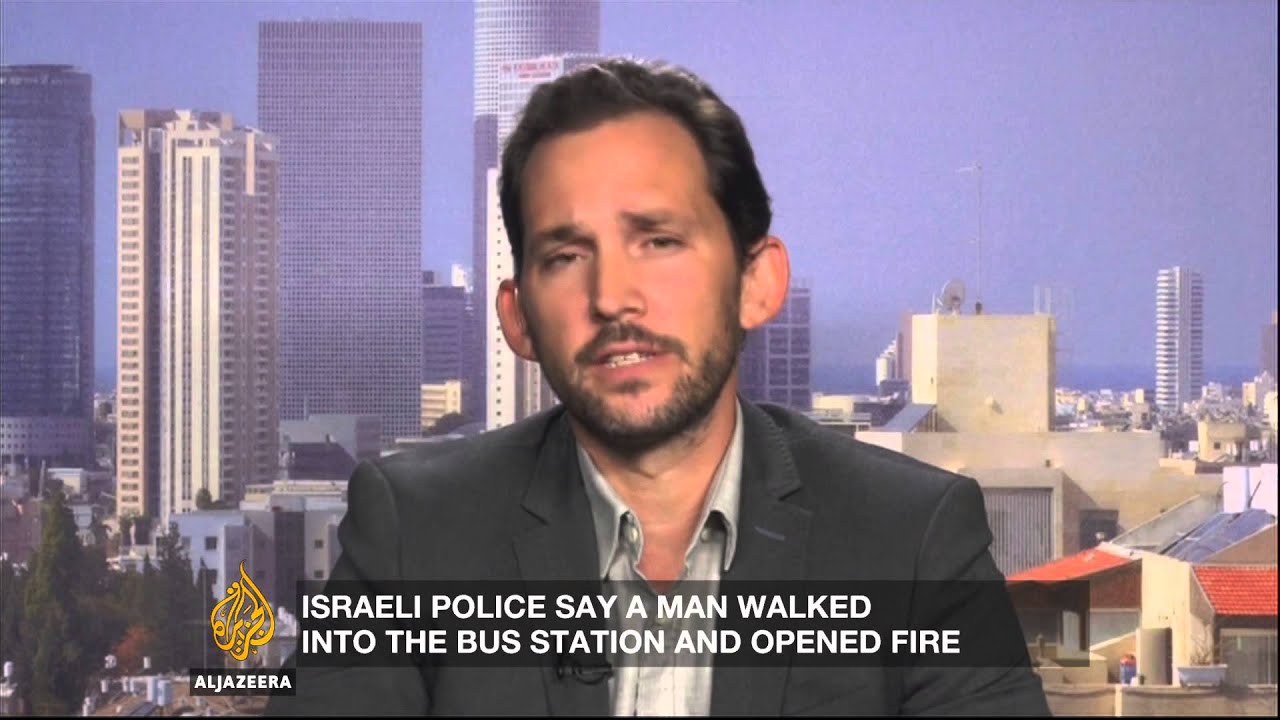 While keeping its commitment to a two-state solution, Europe should start discussing how it can work to better guarantee the human rights of all the individuals living in what is currently a single political space where human beings have now different rights and legal status based on the ethnic group in which they were born. As in other parts of the world, European cities included, alienation and disenfranchisement breed violence and instability. Precisely for this reason, Europe should conduct its bilateral dialogue with Israel on this issue without appearing to hold the moral high-ground. Nevertheless, it is important that the issue of equal human rights for all those residing between the Jordan River and the Mediterranean become part of the political conversation about the Israeli-Palestinian conflict, without deferring that to the implementation of the two state solution which, though highly desirable from a European standpoint, is not on the cards in the near future.

In the meantime, Europe can do more to preserve the two state outcome by acting on its commitment (see for instance point 6 of the FAC conclusions on 20 July) to fully and completely implement the EU’s own legislation about excluding Israeli activities in the Occupied Palestinian Territories from the ever deepening EU-Israel bilateral ties. In fact, Israel enjoys one of the most intense political, cultural and economic interactions with Europe. Differentiating these relations based on the EU’s own regulations and norms which exclude settlements, should be a priority for Europe. It is not just a legal necessity, it is also politically desirable as it can change the calculations behind current trends in Israeli public opinion while offering a peaceful, law-based alternative to change the status quo.

From maverick player to crisis manager: What Qatar wants from its World Cup