Turkey’s response to the Islamic State (IS) has baffled observers. As Washington sought to build a regional alliance of forces against the group, Turkey stood conspicuously apart, refusing to allow combat missions to be launched from its territory. It also strongly resisted pressure to allow military assistance to be delivered across its border to Kurdish forces fighting IS in the besieged border town of Kobane. NATO’s only Muslim member state, Turkey agreed to fight IS at the Western military alliance’s September 2014 summit in Wales, but it did not sign a subsequent declaration arranged in Jeddah by the United States with Gulf countries plus Egypt, Lebanon, Jordan, and Iraq.

These decisions echo Turkey’s refusal in 2003 to allow US troops to use its territory for ground or air invasions of Iraq. That decision reflected widespread popular opposition to a US foreign policy choice in the region, but Ankara’s stance on IS and other jihadi groups in Syria is harder to fathom. The country’s border with Syria and Iraq is long and porous. Fighters setting off in one direction can easily return the way they came, and when they do, they will be changed, radicalised people.

How far did Turkey go in backing extremist groups in Syria, and what are the government’s calculations regarding the Salafi jihadi threat? The AKP (Justice and Development Party) government, like those in Saudi Arabia and Qatar, took a gamble in 2012 on extremist groups as the way to remove Syrian President Bashar al-Assad, whose regime had proved more resilient than expected. From an early stage, the government allowed the unhindered flow of Salafi jihadis through Turkey. Turkey developed ties to Islamist branches of the Free Syrian Army, Ahrar al-Sham, the Tawheed Brigades (linked to the Syrian Muslim Brotherhood), and, to an unclear degree, Jabhat al-Nusra (JAN), al-Qaeda’s official arm in Syria. For a time, Turkey argued vociferously behind the scenes that JAN should not be proscribed as a terrorist organisation, even sending a senior foreign ministry official to Washington to argue the point in 2012.

Western diplomats in Turkey caution that complaints about their country's demurral on IS are somewhat out of place. Washington worked closely with Ankara, Riyadh, and Doha to organise the insurgency out of war rooms in Turkey. Turkey and Jordan provided land channels for military equipment funded by Saudi Arabia and Qatar in plans drawn up with full American involvement. And US operations against IS are now being co-ordinated out of Reyhanli in Turkey’s Hatay province.

The AKP government under Recep TayyipErdoğan – who became president after an August 2014 election – had cited IS’s holding of 49 Turkish hostages, seized from its diplomatic mission in Mosul when IS took the city in June last year, as the main reason for its cautious approach to US plans to combat the group. In its effort to ensure their eventual release, Turkey imposed a domestic media blackout on the issue. Turkey refrained from helping the Kurds in Iraq after the Mosul surge precisely because of this ambition. The hostages’ release almost three months later raised suspicions that Erdoğan had done a deal with IS. They returned home to a hero’s welcome but behind state-backed media praise for the government’s performance there was little information on how the release had been effected.

The release came just days before the onset of US air strikes on IS and JAN positions in which Turkey conspicuously refused to play a role. Public positions remained carefully calibrated not to shift too far towards the US war camp. “Bombarding terrorist organisations with airstrikes does not yield effective results. A more comprehensive plan should be established to ensure regional stability”, Erdoğan said in a speech in New York. Erdoğan’s emergence from the hostage crisis unscathed was in many ways typical of his ability to weather all manner of scandals and setbacks. But the fact remains that there would be political consequences if the Turkish government’s IS policies were to go awry that most Arab countries, lacking serious electoral processes, do not face. With parliamentary elections approaching next year, the AKP will need to maintain enough support if it is to approve constitutional changes meant to shift Turkey towards a more presidential system.

The AKP approach is partly informed by a neo-Ottoman belief that Turkey is the ultimate arbiter in world Islamic affairs and that its Islamist government gives it the prestige and credibility to tolerate a degree of Salafi activism and absorb jihadi impulses on its own turf. AKP public discourse has presented the war on IS as another US intervention with dubious motives, like Iraq and Libya, and it is apparently responding to a concern among the Sunni Islamist public: one opinion poll found that 62.5 percent of AKP supporters consider IS a terrorist group, a surprisingly low figure, while another survey showed 57 percent of Turks disapprove of US foreign policy, four percent higher than the previous year. The failure of the US to help remove Assad accounts for much of that ill feeling.

Another factor in Ankara’s thinking is the Kurdish movement in Syria, Iraq, and Turkey itself. One of the innovations of foreign policy under Erdoğan has been the development of close ties with the Kurdish government in northern Iraq as well as a rapprochement and peace process with the Kurdish separatist movement in Turkey. Iraqi Kurdistan has been transformed into an economic hinterland for Turkey, while sensitive talks are ongoing with the Kurdistan Workers’ Party (PKK) and its jailed leader Abdullah Öcalan aimed at a historic resolution of the Turkish state’s problem with the Kurds. Some of the Western weapons to Kurdish fighters in Iraq and Syria could easily end up in PKK hands, which Ankara fears would strengthen the group’s position in negotiations. Turkey’s leadership is trying to ensure that in cooperating with Kurdish Peshmerga forces in Iraq in the fight against IS, it does not jeopardise talks with the PKK. There is an additional fear among the Turkish political elite that the People’s Protection Units (known by its Kurdish acronym YPG), the military arm of the PKK’s Syrian off-shoot, the Democratic Union Party, could be radicalised against Turkey’s interests – hence, in part, the unwillingness to support them in Kobane.

The exodus of up to 70,000 Syrian Kurds who fled Kobane into Turkey in September 2014 highlighted how exposed Turkey is to the vicissitudes of the conflict. Turkey’s position also led to a wave of protests around the country in early October against the government’s hands-off approach. Erdoğan’s calculation remains that noisy opposition does not reflect majority opinion in the country. He is able to play to both Islamist and right-wing Kemalist sentiment, most of which sees little interest in enabling Kurds or putting down anti-Assad fighters.

The Islamist government’s position remains that Assad is the true threat and any action against IS must be seen in terms of that wider goal. Ankara is trying to chip away at the Obama administration to win approval for more international military action inside Syria to that end, such as establishing some kind of protected buffer zone (which could have the added advantage of allowing some of the 1.6 million Syrian refugees in Turkey to return). Behind this is the fear that rebel strongholds in Aleppo could soon collapse and the regime could retake the city. The potential survival of the Assad regime is perhaps more problematic for Turkey than for Saudi Arabia and Qatar in that Turkey is a direct neighbour.

However these various calculations played out in policymakers’ minds, Turkey seems to now be entering new territory. Evidence has mounted that IS has been raising funds via religious centres, charitable organisations, and associations, and recruiting fighters online from impoverished districts of Istanbul and outlying parts of the country, especially the Kurdish east. Turkish media has reported up to 3,000 in total going to fight, though analysts think that this figure is exaggerated. There are indications that IS does not look at all favourably on Turkey, such as press reports in which IS fighters tell hostages that Turkey is next. Officials have said that IS militants killed a Turkish soldier, a police officer, and another civilian when they were stopped in a car en route to Istanbul in March, possibly on their way to carry out a major attack as revenge for Turkey targeting IS fighters after they surrounded the Ottoman Suleiman Shah shrine inside Syria near the Turkish border, which is protected by 25 Turkish soldiers. It is also clear that Turkish policy is going to be under much more scrutiny than before, as Washington and its Western allies press issues of border security, monitoring, and oil sales.

The threat to Turkey, in its worst scenario, is that its complex and heterogeneous religious culture could face pressure, for the first time, from Salafism, in both its soft and violent iterations. Despite the Kemalist republic’s modernist project of homogenisation, Turkey remains a country with not only a large Kurdish population but also a large population of Alevi Muslims. The Islamist movement that Erdoğan’s AKP is built upon is Sufi in origin, and Sufi orders, although technically banned, remain a vital element of Turkish political and religious culture. Syncretic practices are widespread, particularly in rural areas of Anatolia, and extend across sectarian boundaries to mainstream Turkish Sunni Islam. And that is not to mention the modern secular heritage that makes Istanbul, Izmir, and other cities such cosmopolitan urban spaces.

There is, in other words, a wealth of reasons for Salafi activists, jihadi or otherwise, to turn their attentions to Turkey, with potentially disastrous consequences. The Turkish state under Islamist tutelage since 2002 has succeeded in managing an impressive range of political and social challenges and placating an array of forces at home and abroad. IS is perhaps its biggest challenge to date. How long it can maintain the juggling act without taking tough decisions remains to be seen. Erdoğanhas said that Turkey could create a buffer zone along the country’s border with Syria and Iran.  But for a buffer zone to be truly effective against IS, a wide net would have to be cast against men and arms crossing the border. Then Turkey would have clearly come off the fence on which it has been sitting for so long. 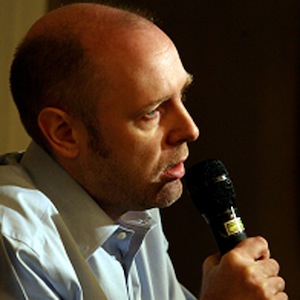