As high-level European efforts to coordinate policy responses to the migration and refugee crisis are under way, the EU member states are nowhere near common solutions. This, in short, is the result of a survey on national policy positions conducted by ECFR among analysts from 20 EU member states.

The divide is most visible between those countries in favour of harmonising European standards as well as increasing EU competencies, and those holding reservations or opposing a European approach. Results also show that the member states holding reservations also view the influx of refugees predominantly as a challenge and possible threat. 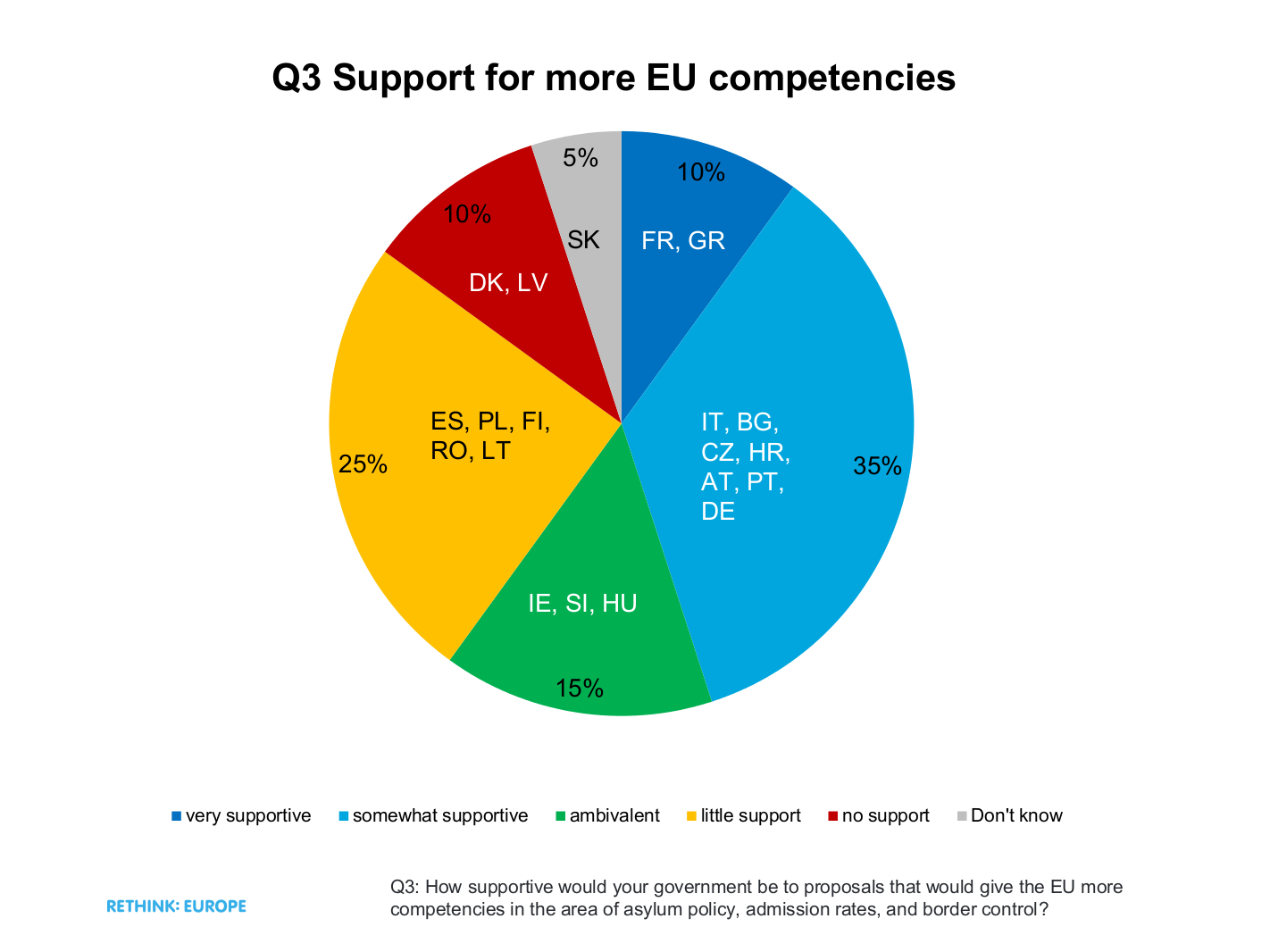 Survey results further suggest that only two policy propositions currently being discussed across the continent may find broader support: a common list of “safe” countries of origin and jointly funded reception centers for migrants. Other measures, such as a binding EU quota and redistribution system for asylum seekers, lack clear majorities supporting them. 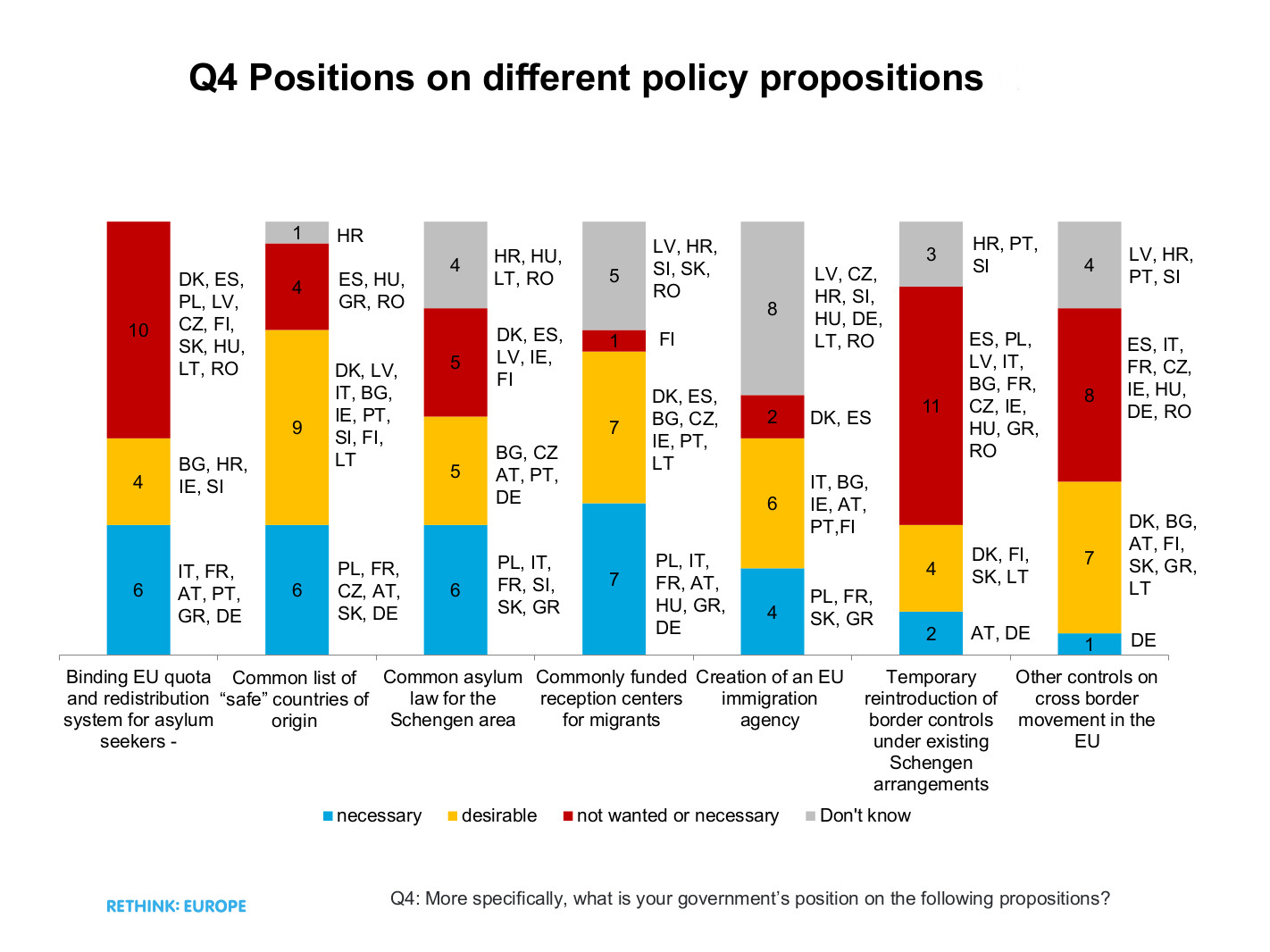 Results also show how fast events seem to have pushed member states to action on border controls. While a majority of respondents said that a temporary reintroduction of border controls under existing Schengen arrangements were not wanted or necessary, measures taken by a number of countries in recent weeks prove this assessment to be short-lived. Similarly, there is no discernible trend towards whether and how aid commitments should be adjusted as a response to increased migration, e.g. whether more resources should be invested domestically or in assisting the countries of origin.

The survey also asked for interlinkages to other policy topics that require a common European approach but may ultimately be affected by the EU’s divide on burden sharing and migration policy reform. Among these key policy issues the highest ranking were EU budget and cohesion policy, the renewal of sanctions on Russia and the Greek debt crisis. By contrast, the UK reform agenda, and proposals made by the UK government on European immigration reform, do not feature prominently among respondents. 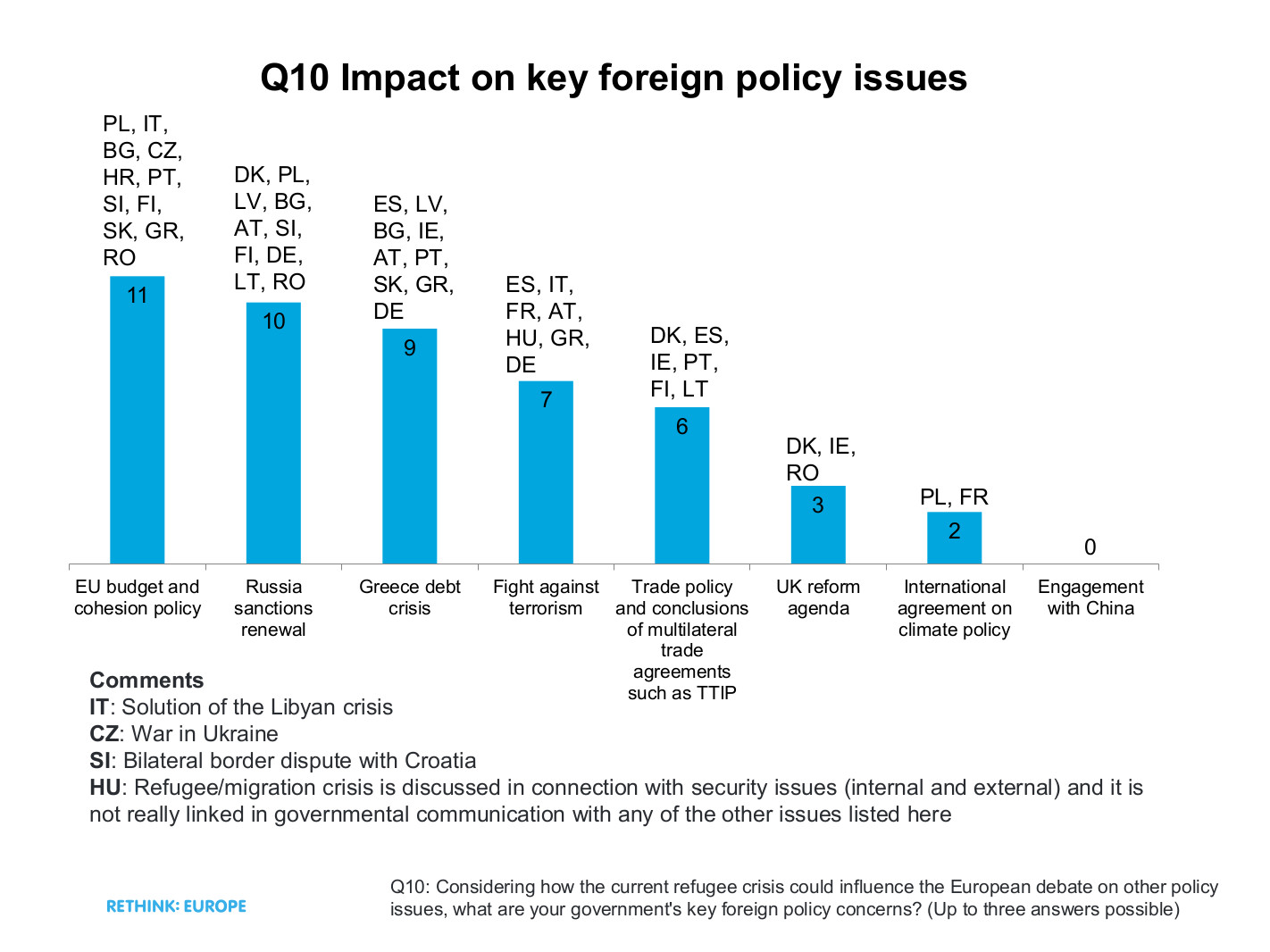 The survey was conducted online between 10 and 16 September 2015 and was part of a workshop held in Berlin with the respondents directly after the survey was concluded. The discussion of the results in Berlin confirmed the diversity of positions and national reservation despite the general need for solidary solutions. To access the full survey results click here. 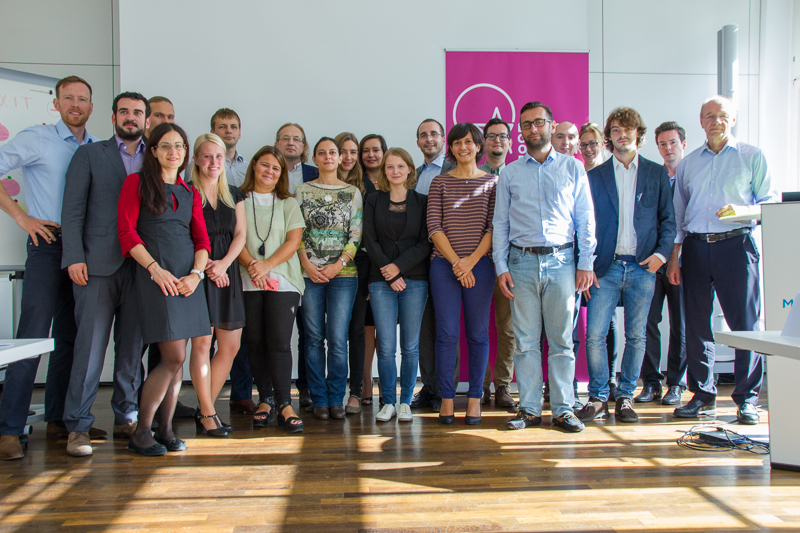