The battle of Mosul is Iraq’s most complicated military campaign against ISIS to date. Not just because of the one million civilians trapped inside the city, or because it will be ISIS’ last stand in Iraq, but also due to the sheer diversity of forces that are involved in the effort. This will make the post-ISIS stabilisation and political process an even more challenging undertaking. As a result, European member states party to the Global Coalition countering ISIS – some of whom are directly involved in the fight for Mosul and the humanitarian response – should be particularly attentive to how this military campaign unfolds.

Alongside the Iraqi federal troops leading the campaign, there are Kurdish Peshmerga, Shia and Sunni paramilitaries, special forces from the US and UK, advisors from the Iranian Revolutionary Guard, and Turkish troops. Added to this constellation, there are also Kurdish PKK guerrillas who are present in both Kirkuk and Ninewa provinces. Baghdad has refused direct military air support from Moscow, Abu Dhabi and Amman because juggling the various actors and interests is simply too complicated for a weak state to handle. Even minority communities in Iraq, such as the Christians, Ezidis and Shabak have military units that are split between the central government in Baghdad and the regional government in Erbil.

For now, all these guns are pointing in the same direction, but after ISIS suffers an inevitable military defeat, the guns could start pointing in all sorts of directions. And contrary to much of the prevailing commentary, the fallout will not be contained to Shias against Sunnis or Arabs against Kurds, but rather all against all. It will be intra-ethnic and intra-sectarian tensions that will largely determine the prospects for post-ISIS stability in Iraq.

The good news is that there is an agreed military Plan A, which twelve days on has gone surprisingly well and even exceeded the expectations of the US-led anti-ISIS global coalition. Everyone knows where they are supposed to be and where they are not supposed to go, which sounds straightforward but is an accomplishment in an operation as complex as this. The coordination between Iraqi federal troops and Kurdish regional troops is particularly encouraging and impressive. There is an unprecedented level of cooperation between these two forces and many hope this will continue long after the liberation of Mosul itself.

The bad news is that everyone also has a Plan B.

For now, the Kurdish Peshmerga and Shia paramilitaries have agreed to stay out of the city itself and instead help liberate the surrounding towns and cities on the road to Mosul. The most contentious force involved in this campaign is the Turkish army, which controls a base in nearby Bashiqa to train local Sunni militias. Mosul, which used to be an Ottoman Province, is seen as a crucial part of Turkey’s sphere of influence in the region and where Ankara can check Tehran’s ambitions in the region.

However, Ankara’s latest positioning on Mosul has been rejected by the overwhelming majority of Iraqis – all the Shia, most Sunnis and many Kurds. Earlier this month, Iraq’s parliament voted to condemn the Turkish military presence and consider it an occupying force.

It is rare to find Iraqis as united on a single issue as they are today against Turkey’s military gambit in Mosul. In fact, the only issue that unites Iraqis more is ISIS. The Turkish presence makes the operations in Mosul more complicated because if the Turks make a unilateral move, it could cause a reaction from the Iranian-backed Shia paramilitary groups or from the PKK who are preparing for a confrontation. That in turn would trigger a chain of reactions that would fuel the conflict and make it even harder to contain.

The international community must recognise that what happens next in Mosul should be shaped most of all by the people of Mosul. And it should manage its expectations when it comes to a military defeat of ISIS. Large parts of the city will likely be destroyed; up to one million civilians may become internally displaced and it will take many years to fully cleanse the city from booby traps and IEDs that ISIS have planted. Nor will ISIS itself simply disappear. Their fighters may shave their beards, grow moustaches, change uniforms and blend into the civilian population. ISIS as a caliphate will be destroyed but as an organisation they will likely revert to the pre-caliphate insurgency phase and continue wreaking havoc across the country, region and world.

In terms of politics, the diverse range of military actors comes with an equally diverse set of visions for the province. Some, like former governor of Mosul Atheel al-Nujaifi, want Ninewa to be transformed into a semi-autonomous separate region like the Kurdistan Region. Iraqi Kurdistan’s de-facto President, Masoud Barzani, would instead prefer the Ninewa province to be split into three smaller provinces; one for Sunni Arabs, one for Kurds and one for minorities. Baghdad wants to keep Ninewa as it is but with more decentralised authority. What is clear is that no one will accept the pre-ISIS status quo with a central government that is too weak to exert its authority or protect the local population.

The political future of Mosul is supposed to be determined by the provincial elections scheduled for next year, but even if the city is liberated by then, those local elections may be delayed to coincide with the 2018 general elections. In the meantime, it will be the men with the guns who will establish the facts on the ground. 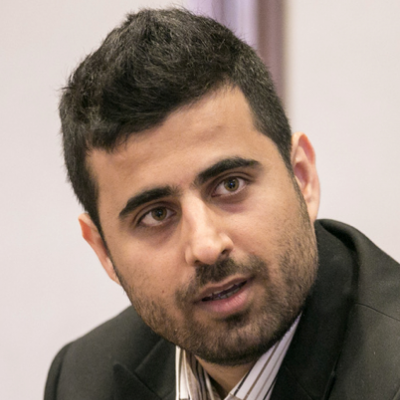