On June 12, 1987 Europeans listened
ecstatically as U.S. President Ronald Reagan called on Mikhail Gorbachev to
“Tear down this wall!” On November 9, 2009 they heard U.S. President Barack
Obama commemorate the collapse of the wall with a speech addressed, abstractly,
to all of humanity. Post-communist Europe was
not on the agenda.

Twenty years after the
fall of the Berlin Wall, and one year after Barack Obama was elected president,
the United States
is no longer a European power. Post-American Europe,
as shown in a recent
report by the European Council on Foreign Relations, represents a new
geopolitical reality. The old continent is no longer the center of America’s
strategic interests and the rebalancing of the European order is primarily a
task better left to Europeans. America’s
commitment to its European allies is now directly tied to their readiness to
support America’s policies
outside of Europe.

The sudden advent of
post-American Europe came as a shock for the
new NATO and EU member states. The muddled choreography of the Administration’s
decision to scrap plans for a missile defense shield in Poland and the Czech Republic
was distressing in its awkwardness and historical insensitivity, but it
underscored the new reality. Central Europe has lost both its geopolitical and
its symbolic significance to the United States.

It is now clear that
Central Europe cannot and should not center its strategic thinking on a special
relationship with the United
States. The strategy of some Central
European governments to focus on bilateral relations with Washington at the expense of working within
NATO and the EU was a mistake. While claiming that NATO is ineffective, these
governments relied on the presence of American troops and equipment as a
security guarantee. The result of this misplaced strategy is that trust in NATO
has declined, and Obama’s decision to scrap Bush’s controversial missile shield
has caused a security crisis-as well as a crisis of confidence-in places like
Poland and the Czech Republic.

The threat perceptions of
Americans and Central Europeans have diverged over the last five years. Central
Europeans are basically indifferent to the threat coming from Iran and Americans are little concerned about
threats coming from Russia.

The Obama administration
tends to view Russia as a declining and status quo power, while Central
European governments tend to view Russia as resurgent and revisionist. Central
Europeans are reluctant to engage in military operations outside Europe – there
is practically no public support for the NATO mission in Afghanistan –
and Americans are afraid of overreaching and try to focus their attention on
the most menacing parts of the world. In America
today, Central Europe is neither a problem, nor can it really help Washington to solve its
problems.

When it comes to Russia,
Central Europeans are rightly concerned about Obama’s “reset” policy, but for
the wrong reasons. The common fear is that Central Europe’s interests will be
traded for Russia’s support
in isolating Iran
or for some other issue critical to the American agenda. But it is the Central
Europeans’ obsession with Russia
that makes them most vulnerable in their strategic thinking: it creates the
risk that Central Europe will be isolated not
only in the transatlantic, but also in the European debate.

The Europeans should worry
about the “reset” because Washington’s
decision to negotiate with the Russians about strategic nuclear weapons and
global warming leaves the problems of managing current Russia-West relations in
the hands of the EU, which has proven problematic. The EU should offer its
eastern neighbors political options, not technocratic ones. Seriousness would
entail the option of future membership for the countries able and willing to
join – and at present the EU seems incapable of placing that on the menu.

So, what does it all mean
for Europe and for Central Europe in
particular? It means that there will be no common transatlantic policy with
respect to Russia.
It means that there is an urgent need of a European “reset” policy, which would
take into consideration the evolving dynamics of Russian-American relations. At
present, only a joint German-Polish leadership can bring about such a policy.

Ivan Krastev is Chairman of the Center for Liberal Strategies in Sofia, Bulgaria and an ECFR council member. Vessela Tcherneva is Head of ECFR’s Sofia
office.

This piece was first published by CEPA. 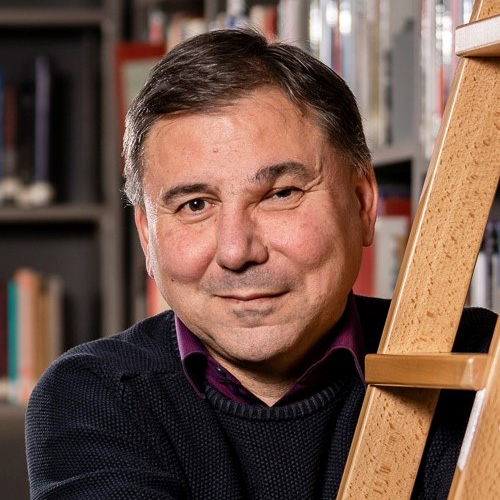