To understand what is so worrying about Germany’s spat with the United States about alleged US spies inside Germany’s foreign intelligence agency and Ministry of Defence, there is no need to look as far back as the intelligence disaster of Iraq’s presumed nuclear arsenal. It is enough to remember the intelligence services’ failure to predict the rise of ISIS in Syria and Iraq.

Chancellor Angela Merkel and Foreign Minister Frank-Walter Steinmeier have expressed the German point of view, which is that the US has breached trust: “Partnership means not spying on one another.” On the other side, the Americans have officially said nothing. However, behind the scenes and in the US Congress they have said that they understand that Germans, with the experience of East Germany behind them, are sensitive about spying. And the Americans agree that things need to be patched up.

Things took a turn for the worse last week when Germany requested the CIA’s Berlin station chief to leave Germany. Different people have different perspectives on the events. Jackson Janes of the American Institute for Contemporary German Studies in Washington, D.C. warns of Washington responses that are “at times arrogant, patronising, and alienating” and of the longer-term consequences of the “outrage and resentment currently pulsing through the German public”. On the other hand, cynics in both countries, as well as elsewhere in Europe, tell the Germans to “grow up” and to wake up to the reality that friendly nations spy on each other as well as hostile nations.

There should be streams of intelligence without end arriving in Washington from Germany.

They may both be right. But as troubling as the loss of trust is, another issue is at least as troubling, and the intelligence disasters in the Middle East point to the problem. How could the US have hoped to gain knowledge not accessible elsewhere by recruiting, as is alleged, some medium-level assistant in Germany’s secret service to copy documents onto USB sticks? The two countries’ intelligence services have engaged in an intense exchange of information ever since the founding of the Federal Republic – an exchange that has benefited Germany at least as much as it has helped the US. Moreover, electronic surveillance has advanced so far that information is accessible all the way up to the conversations made on the chancellor’s mobile phone (which was the cause of the previous German-US dispute). There should be streams of intelligence without end arriving in Washington from Germany, just like from any other capital in Europe. So what good could it do to also recruit one or two mediocre informants?

Signing up informants means running the risk that they will be uncovered, leading to the kind of political fallout that we now see. We have also seen the results of this kind of thing in the past, for example in 1995, when the French declared the CIA Paris station chief along with four other intelligence agents personae non gratae.

All this trouble for intelligence of what quality?

All this trouble for intelligence of what quality? “We’re right to spy on a country with close ties to Russia and Iran,” says the Daily Beast. Is this because those “close” ties might in fact be “friendly” ties of a kind that threaten US interests? Or is it because the “closeness” of the ties might result in Germany gaining intelligence that it does not share with its American allies? The US reasoning might be that it is best to be sure, best to be on the safe side. But if that is the case, the value of the intelligence obtained should be weighed. Does that USB stick have an added value that is worth a major bilateral crisis? If all the technical methods available do not enable intelligence services to correctly interpret or collect important information from the Middle East, it seems a dubious assumption that low-level informants recruited in Germany could make much of a difference.

There may be a more base reason for all this. It is conceivable that in the aftermath of 9/11, US intelligence services employed staff who were then trained professionally and sufficiently in the mechanisms of gathering information. But these recruits may not have been trained well in judging the politics of what they were doing, nor taught to consider the consequences in terms of international relations and of the US’s relationships with its allies. That would explain the incredible intelligence failures in the Middle East – and maybe other failures elsewhere about which we do not yet know. It would also explain the decisions that have been made to do anything that is within the intelligence services’ capacity to do, without evaluating the pros and cons – whether that be tapping the chancellor’s (and presumably many other leaders’) mobile phones, or whether it be paying €25,000 for a USB stick that allegedly contained just 218 documents.

“This is so stupid, it can only make you weep.”

German Finance Minister Wolfgang Schäuble has commented that “This is so stupid, it can only make you weep”. It may be difficult to prove him wrong. As a consequence of the US’s alleged actions, we now risk intelligence failures and political damage between allies at a time when Europe and America have their hands full with truly serious problems in the Middle East, in and around Russia, in Asia, and in Africa. And the rift comes right in the middle of efforts to make progress on major co-operation projects such as the Transatlantic Trade and Investment Partnership (TTIP). This is a problem for Europeans and Americans alike. If the two sides are preoccupied with spats over how much Germans, other Europeans, and Americans distrust each other, they will continue to be distracted from dealing with what should be their true priorities.

This, therefore, is not a time for cynics. It is not the time for each side to indulge itself in complaining about one another. The German-US dispute of whether and how to spy on allies and partners raises a real need to give serious and profound thought to the basic necessities of the Europe-US alliance, to the reason that it exists, and to what it wants to achieve.

ECFR Council Member Volker Stanzel is a German diplomat and the former German ambassador to China and Japan. 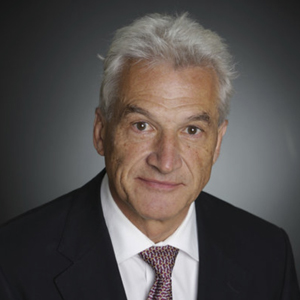