The 2015 Nobel Peace Prize has been awarded to a little-known group of actors: four Tunisian civil society organisations known as the “Quartet” which, in 2013, mediated a peaceful resolution to Tunisia’s most serious political standoff since the revolution. The roots of that standoff were complex, but the outcome was clear: inclusive negotiated dialogue preserved Tunisia’s transition at a watershed moment. Rather than dissolving into chaos and coup-making like Libya and Egypt, Tunisia held steady – preserving its elected legislature, agreeing on a non-partisan interim Prime Minister, ratifying a constitution, and naming an independent body to organise the 2014 elections. Thanks to the consensual compromises engineered by the Quartet and other actors, Tunisia remains the Arab world’s first genuine democracy.

But Tunisia faces major challenges, including a looming economic crisis and serious, growing security threats aggravated by the destabilising effects of Libya. Whether Tunisia consolidates its fledgling democracy or, victimised again by terrorism, slips into authoritarian counter-revolution depends largely on whether its leaders – with the support of international partners, including the European Union and the United States – implement reforms driven by inclusive dialogue.

The Nobel Committee awarded not just the Quartet, but all Tunisians who have laboured to preserve their democratic transition by acting in a pluralistic manner. This inclusive dialoguing approach – core to the spirit of the Nobel Peace Prize, and reflected by the Quartet – has crucial antecedents in Tunisia’s recent history. Throughout the 2000s, secular and Islamist opposition parties breached ideological divides to agree upon principles that could define a new, democratic Tunisia. In so doing, they laid critical groundwork for Tunisia’s transition.

Tunisia’s ex-dictator Zine el-Abidine Ben Ali, who ruled from 1987 to 2011, enjoyed significant support from France, the US, and other Western actors as an ally in the war on terror. Ben Ali played the stability card with some success with both Tunisians and Westerners, arguing that his stable, benevolently ‘modern’ police state formed a necessary bulwark against chaotic and regressive religious extremism. At the same time, the Ben Ali regime’s brutality remains the single biggest cause of extremism among Tunisians, including those fighting in Iraq and Syria. In selling his supposedly stable flavour of authoritarianism, Ben Ali reduced “national unity” to a marketing tool. He constantly commended the Tunisian people for standing “unified” behind his dictatorship whilst muzzling dissent across the ideological spectrum, using divide and rule tactics to discourage Islamist and secular regime opponents from dialogue.

Unity in Tunisia was, and still is, confused and sometimes intentionally conflated with uniformity. In the wake of Tunisia’s two terrorist attacks this year, rights-eroding anti-terror legislation overwhelmingly passed Tunisian parliament on July 24. In what became the Tunisian version of the Patriot Act, no single parliamentarian voted against the legislation, and only ten abstained. These ten were then subjected to a vociferous shaming campaign in Tunisia’s old-regime linked media, which advocated prosecuting them as non-patriots and possible terrorist colluders. Subsequently, critics of a proposed “reconciliation” bill, which would give amnesty to corrupt businessmen who stole money from the Tunisian state under Ben Ali, have been similarly vilified.

The fear and threat of terrorism have seriously compounded Tunisia’s struggle to navigate natural post-revolutionary instabilities.  Disturbingly, authoritarian notions of “consensus” and “unity” have been increasingly invoked as cudgels to silence presumably destabilizing dissent. Fear-driven preoccupation with terrorism has also delayed a raft of critically needed legislative and institutional reforms. These include overhauling Tunisia’s repressive penal and military codes, streamlining its byzantine investment code, and reforming its deeply corrupt and unreconstructed judiciary and police force.

Achieving such desperately needed reforms, however, can only be possible through a vibrant process of disagreement, negotiation, and resolution. Engaged citizens, civil society organisations, and political leaders must be able, and even encouraged, to peacefully express dissent. Pluralistic, respectful dialogue is a crucial cornerstone of any democracy, and was part and parcel of the National Dialogue process which Tunisia’s Nobel-winning Quartet helped orchestrate. Without dissent, dialogue, and inclusive problem-solving, Tunisia would have failed to find a way through the political crisis of 2013. Without these critical ingredients, Tunisia will struggle to consolidate its newborn democracy.

Consensus and unity are important, but these lofty concepts must not be deployed as euphemistic bywords to shoehorn political uniformity. Tunisia’s media and civil society activists should take continued inspiration from the Quartet’s Nobel victory: constructively critical dialogue with government and political rivals can advance peace, development and stability. Reinvigorating Tunisia’s spirit of inclusive “national dialogue” to pass much-needed legislative and institutional reforms is critical, and will strengthen Tunisian democracy. Tunisia’s international partners, including the European Union and the United States, amongst others, should invest much more in this history-making country, stabilizing an economy under attack by terrorists and encouraging a wide array of new dialogue-driven reforms.

Monica Marks is a Visiting Fellow at the European Council on Foreign Relations, and a doctoral fellow with the WAFAW program in Aix-en-Provence, France. She is a Rhodes Scholar and PhD candidate at St Antony’s College, Oxford, and has been living and conducting research in Tunisia for most of the past four years. 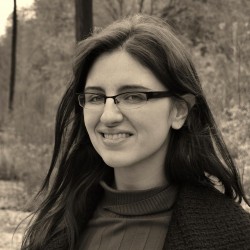