The recent changes in Japan’s defence policy, towards being a more active player, should be of primary interest to the EU. Japan’s new security laws, which were adopted last September and entered into force 29 March, have met much opposition in Japan. Article 9 of the Japanese Constitution, which outlaws war as a means of settling disputes, remains in place, and constitutional revision has been avoided, yet the new security laws have broken new ground in terms of the article’s interpretation.

The Japanese government’s interpretation of Article 9 had been formulated when the country rejected the prospect of intervening in Vietnam to support of US troops. The rationale was that individual self-defence alone was compatible with Article 9 of the Constitution, but not entering into armed conflict for other reasons. The new laws reverse this interpretation. Use of force is now constitutional if the livelihoods and rights of the Japanese would be imperilled by an attack on a Japanese partner. Nonetheless Japanese military engagement in response to such an attack must only amount to what is necessary in order to bring the threat to a reasonable level. This suggests that the scenario envisioned by the Japanese is that of a North Korean missile directed at San Francisco rather than Tokyo, or of a Japanese destroyer reacting to the attack of an American one sailing by its side, before rescuing its soldiers. Indeed, it also allows Japan to provide logistical support to foreign forces under a UN mandate or a request from other international organisations such as the UNHRC or even the EU.

The merit of the new laws is that, theoretically at least, it provides a stable framework for overseas deployments of Japanese forces. This will avoid the creation of additional ad hoc legislation which could lead to the gradual expansion of the powers and missions of the Self-Defence forces (SDF). It improves the legal transparency of future military efforts because Japan now has a clear legal framework governing its reaction to international crises, and also Japan’s reliability for international partners.

There are still many safeguards in place to ensure the compatibility of the new laws with Article 9. For example, Japanese forces still can’t be under international command; they may now use their weapons to protect vulnerable populations, but will not take part in peace-enforcement or peace-building missions. They can provide logistical support only in crisis situations that are of some relevance to Japan’s security. Had these amendments been in place in 2001 (during the Indian Ocean operation), in 2004 (during the operation in Iraq) or in 2010 (during the fight against piracy and Proliferation Security Initiative), Japan would have provided the very kind of support and assistance it offered then. Should Japan find itself in a potential deployment situation, the government would not have to draft a special law, but parliamentary approval would be required.

Prime Minister Shinzo Abe claims he will push for a constitutional revision after the Upper House elections in 2017. However, for the revision to pass it will require a two-thirds majority of each House and approval by referendum. No party has ever held such a parliamentary majority by itself, and the majority of Japanese people remain opposed to a revision of Article 9 of the Constitution. The recent security laws seem to conclude a gradual evolution that began in 1954 when the SDF were created. For a while, at least, no doctrinal adjustment should be required. The changes which Abe has undertaken enable Japan to react to current international or national security challenges. The Japanese public’s security interests are better protected now, and Japan’s image with overseas forces will improve as will the nation’s influence in the Japan-US relationship. Revising the Constitution will prove difficult, and would provide minimal additional benefit in terms of security. Abe would be well-advised to stick to the pragmatic approach he displayed with his security laws.

These laws should provide enough leeway to give rise to opportunities for enhanced cooperation with both the US and the EU. Indeed one of the major consequences of the recent laws is to enable Japan to provide support and cooperate with states other than the US with which possibilities for cooperation already existed under the Acquisitions and Cross-services agreement. Furthermore, prior to the adoption of the security legislation, Abe also lifted the ban on arms exports (to be more specific, he increased the possibilities for Japanese military industries to jointly develop weapons systems or to export their technologies). Such cooperation in the field of military technology was hitherto possible with the US only. Due to the opening up of this market, France and the UK will likely be the first beneficiaries of Japanese technological developments – though they also imply that Japan is now a competitor, as the recent bid to the Australian Navy (won by DCNS) has showed.

Guibourg Delamotte is lecturer in Japanese Politics at the National Oriental Studies Institute (Inalco) in Paris, and associate research fellow at ECFR 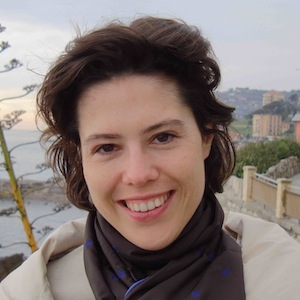