On 1 April, Aung San SuuKyi led the National League for Democracy to a landslide victory in Burma (Myanmar). Themood in Burma was euphoric – and it was a momentous moment: Suu Kyi has spent 15 years under house arrest. But euphoria should not divert attention away from issues that remain unresolved.

The EU is due to decide on Monday (23 April) whether to lift sanctions; the EU’s foreign policy chief, Catherine Ashton, will then visit Burma. Some EU member states advocate a ‘big bang’ approach – that is, the immediate lifting of sanctions. Others want sanctions suspended. Both approaches seem to assume that the reforms are ‘irreversible’, as Burma’s government claims. But are they?

Although seemingly supportive of an easing of sanctions, Suu Kyi has noted that “until we know that the army is solidly behind the reform movement, we cannot say the process is irreversible”. Many political prisoners have been released (though not unconditionally) – but others remain in jail. A new labour law has been passed, but the right to bargain collectively is not enshrined in law. Forced labour remains a serious problem. A new law on freedom of assembly falls short of international standards. And despite the ceasefires agreed with many ethnic groups, fighting and atrocities continue in Kachin, Karen and Shan states.

So there are many reasons for the EU to remain cautious. Haste would also carry other risks. It would remove the EU’s leverage. It would leave reformers inside Burma’s government without the prospect of further international recognition of their efforts. And it could open the doors to a damaging ‘gold rush’ by business. By contrast, a gradual lifting of sanctions would reward the steps already taken, yet make clear that a full normalisation of relations depends on verifiable and irreversible reforms.

It would also help the EU to seize this unique opportunity to re-define its relationship with Burma. Coherence will increase the impact of development aid and capacity-building. It should also aim for more: to set clear benchmarks that ensure that European engagement benefits all Burmese, and to formulate a sustainable business approach to investing in Burma.

The EU could lift some sanctions on 23 April, particularly the ban on development aid, but it should maintain the arms embargo and the travel ban and asset freeze on top military figures. The ban on the import of timber, metals and gemstones should remain – as should the ban on investment in these industries. These are industries where workers are frequently abused and the environment routinely neglected; restrictions should be lifted when there is evidence of credible reforms to bring labour and environmental laws up to international standards.

But it is not just Burma’s standards that need improvement; Europe should makem demands of its own companies. Countries that, like Burma, are rich in natural resources have often not benefited – in part because European companies have sometimes failed to behave responsibly and accountably. In Burma, there is a risk of a race to the bottom.

So the EU should aim to establish a binding social-responsibility framework for international companies to sign up to, based on existing commitments, such as the UN’s global compact and extractive-industries disclosure regulations. To do so, it should convene an EU-Burma summit, bringing businesses and NGOs together with officials from Burma and the EU – and should then to persuade the US, Japan and the Association of South East Asian Nations (Asean) to adopt similar guidelines.

This would be novel and proactive. It would also resonate well within Burma: in 2011, environmental and local concerns led to public protests against a large Chinese-led dam project. Burma has large oil and gas revenues. These could secure it a sustainable future. But the revenues circulate outside official budgets. Europe’s capacity-building efforts should work towards improving transparency; Europe could also show Burma how a national fund, such as Norway’s, could transfer revenues directly into health, social services and infrastructure budgets.

Europe’s future engagement with Burma should benefit all Burmese. Its aim should be to extend the Burmese Spring. With such an approach, it could.

This article first appeared in the European Voice.

Jonas Parello Plesner also published a ECFR policy memo on the EU's approach to Burma. Click here for a pdf version of ‘How the EU can support reform in Burma’ 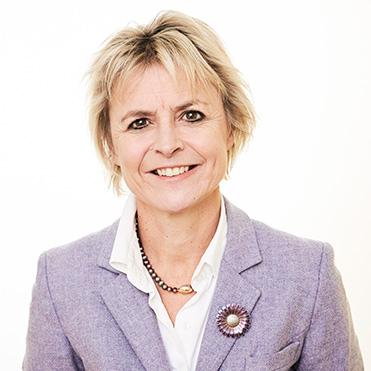