President Trump’s executive order on immigration is an assault on Europe’s interests and values. It condemns entire nations and prevents refugees who have committed no crime from finding safety, making an international response to the refugee crisis all the harder. It also risks setting back co-operation on terrorism while stimulating Isis’s recruitment. We call on the European leaders to respond in three ways: 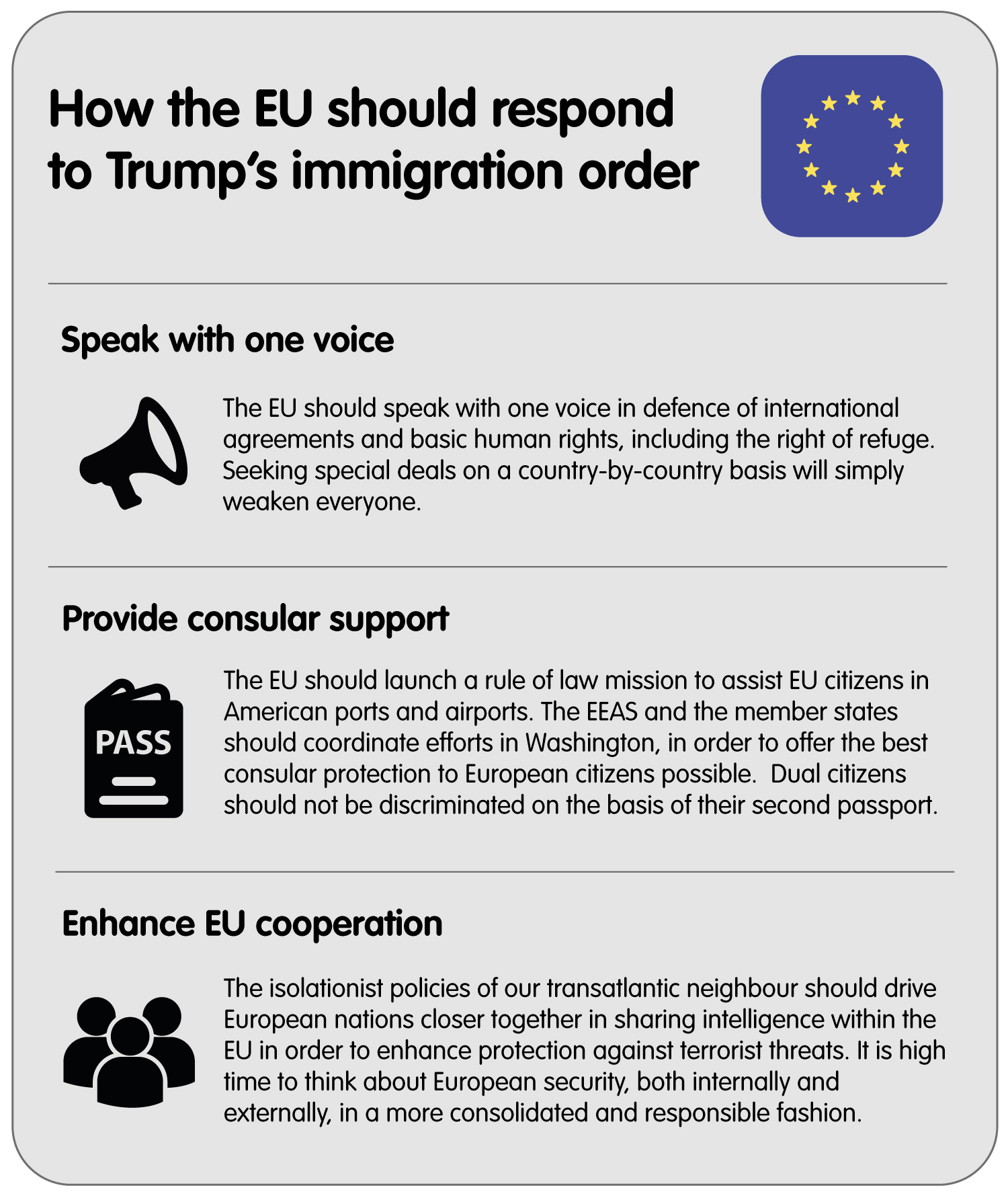 Europe’s place in the world is under threat from power politics, closed borders and closing societies. European leaders should not stand by as international agreements aimed at protecting the weak, the vulnerable, and those fleeing war and torture are invalidated by late night executive orders.