With the Eurasian Economic Union (EEU) to become a reality in 2015, Moscow is out to sell it to Europe. Tatyana Valovaya, Minister for the Eurasian Economic Commission, has been touring European capitals in recent months, briefing local audiences on the EEU. In short – at least when it is being sold to a British audience – the message is that the EEU is just like the European Union and Ukraine is just like the United Kingdom.

Valovaya says that there are three main myths about the EEU that need debunking. Firstly, the EEU is suspected of being a revival of the Soviet Union. According to Valovaya, this is not the case – but she says that it is natural for outsiders to think it, citing the fact that in the 1950s, the Soviet establishment considered the EU to be at the service of American imperialism. Secondly, the EEU is sometimes seen as a reaction to the sanctions imposed on Russia by the West. However, the idea was in actual fact born 20 years ago in London, when Kazakhstan’s President Nursultan Nazarbaev spoke for the first time about Eurasian integration.

And thirdly, some people seem to think that the EEU is a political union. Valovaya says that it is not, and neither is it a military union. She emphasises that the EEU’s founding treaty is purely economic and that its members have no intention of developing any other dimension. The EEU likes to think that it has learnt the fundamental lesson of European integration: when you mix too many different types of integration, it all goes horribly wrong.

Institutional change came about on 1 January 2015, in that the Eurasian Economic Commission became a legal organisation, with the power to conclude treaties with third countries and with plans to apply for observer status at the United Nations. All member states in the EEU will have equal representation with regard to voting rights, as opposed to the EU, in which bigger countries have more votes. The aim is to create a Single Economic Space with four freedoms: goods, services, capital, and labour, though in a limited form. A single customs tariff and code will be put in place and a lot of work is being done to harmonise standards for services. Freedom of capital will differ from that within the EU in that the EEU will concentrate on creating a common financial market by 2025. There are no plans for a common currency; according to Valovaya, the EEU does not need one (unlike the EU, which she believes was over-reliant on the Deutschmark). Rather, the EEU needs to reduce its reliance on the dollar and the euro. As regards freedom of movement of labour, unsurprisingly, no common visa policy is in the pipeline. All in all, Valovaya says that EEU member states are already reaping economic benefits: internal trade has doubled over last two years, with trade in mineral resources making up only 40 percent of this increase.

The EEU likes to think that it has learnt the fundamental lesson of European integration: when you mix too many different types of integration, it all goes horribly wrong.

More countries are always welcome to join. Valovaya presents Armenia’s sudden change of heart and decision to join the EEU as a genuine yet pleasant surprise to the EEU. Ukraine is described as a “Eurasian United Kingdom” and thus – just like the UK in the 1950s and 1960s – Valovaya considers it natural that it should have doubts about the project. The Eurasian project is not viable without Ukraine, but an agreement would never have been reached by 2015 with Ukraine because “they are so stubborn in negotiations”. But Valovaya contends that Kyiv likes the idea in principle, saying that in 2003, it was Ukraine that suggested having a Single Economic Space, but then lost interest. Valovaya sees Ukraine as being like the UK – it has different interests in the west and in the east and thus finds it hard to choose between the EEU and the EU.

The minister draws a historical parallel with 1973. If the UK had joined the EU without Ireland, what would have been the effect on Northern Ireland? So the solution to the Ukraine crisis, as proposed by Valovaya, is a Trans-Eurasian partnership: just as the United States has both transatlantic and transpacific partnerships, so Europe should balance its economic interests in the east and west.

As the Eurasian Economic Union comes into force in January 2015, ECFR has asked expert analysts from the current EEU member states about their hopes and fears for their respective country’s future as part of our WE Forum. 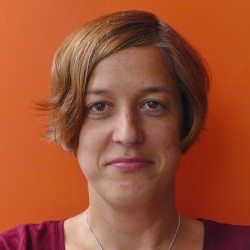