Last month, French planes struck rebel convoys that were making for the Chadian capital, N’Djamena, in an intervention lasting several days. The convoys had entered Chad from bases in Libya and belonged to the Union des Forces de la Résistance (UFR), a group that has sought to overthrow Chad’s president, Idriss Déby Itno, ever since its formation in 2009. Their leader in the mission? None other than Déby’s nephew, Timame Erdimi.

This is not the first time France has come to the aid of Déby, let alone an autocratic Chadian leader; the intervention showed the lengths to which France is willing to go to protect its regional partners. Set in the wider context of instability in the Sahel and north Africa, however, the intervention shows how European countries continue to favour short-term solutions to security and migration in the region. France has had a military cooperation agreement with Chad since 1976. Yet this type of approach continues to put long-term stability at risk.

These latest airstrikes mark the first direct French military intervention in Chad since 2008. Eleven years earlier, a fragmentary but large coalition of rebel groups, which including Erdimi’s, had advanced on the capital, even bombarding the presidential palace. At the time, France had 1,500 troops in the country as part of its Operation Épervier, and it provided intelligence, logistics, and possibly even more direct action, as part of the Chadian effort to repel the rebels.

The internal and regional context is now very different. Since 2013, Chad has remade itself into a key regional counter-terrorism partner. During France’s Operation Serval, for instance, Chadian forces intervened to help retake northern Mali from jihadist groups. Chadian troops still make up a majority of forces in the United Nations peacekeeping mission in Mali, suffering in January the deadliest attack ever on the UN mission there. Elsewhere, Chad has contributed troops to the fight against Boko Haram in the Lake Chad basin, while N’Djamena hosts the headquarters of Operation Serval’s successor, Operation Barkhane. The G5 Sahel Joint Force, which is a key focal point for French planning and activities in the Sahel, will likely draw to some extent on Chadian troops.

Chad’s importance to these regional operations has allowed it to make demands of France and the European Union, much as other regional countries – particularly Niger – have extracted enormous concessions from Europe due to their cooperation on reducing migration, as well as on counter-terrorism. This has led to speculation that Chad may have requested the airstrike not out of pure need, but instead to show the world the strength of its relationship with France – to prove that France would respond with force when Déby faces a threat.

While this may look like Françafrique redux in which France controls or exerts undue influence on its African partners, the situation is in many ways more complicated than this. France is now highly dependent on auxiliaries and partners – be they national leaders or armed groups that patrol the borders of Mali and Niger. Such partnerships can have dangerous consequences, as can be seen when these auxiliaries commit human rights abuses or pursue policies that may threaten broader French stabilisation goals.

Indeed, some of the instability in the region may partly result from these interventions and partnerships. In Libya, Elysée support for Field Marshal Khalifa Haftar has extended long beyond the self-declared Libyan National Army’s (LNA) “war on terror” in Benghazi – an undertaking that began in 2014 and first attracted France to cooperate with the would-be strongman. Such battlefield assistance and diplomatic support have been an essential component of Haftar’s rise in the last five years. And France appears to have maintained this support unconditionally, despite: allegations of war crimes; an increasingly prominent Salafist core in the LNA, which has the International Criminal Court has indicted; attempts to sell oil in breach of UN Security Council resolutions; and Haftar’s part in prolonging Libya’s conflict and undermining the UN-sponsored political process that France publicly backs.

Haftar’s latest offensive has seen him move into southern Libya, thereby bringing rival militias together in opposition to him, and potentially pushing others, such as the UFR, further south for a time. Haftar’s public explanations for his southern Libya operations have centred on seeking to expel Chadian, or African, militias from Libyan soil.  Haftar’s choice of narrative suggests coordination with France and Déby, making this a regional operation as much as a Libyan one. But such language has isolated and provoked Libya’s sizeable Tebu population, which has long been subject to marginalisation and discrimination by widespread Libyan claims that they are Chadian or Nigerien rather than Libyan. The Tebu are a cross-border, diverse set of clans that span Libya, Niger, and Chad. Despite their lack of strict organisation, the Tebu remain perhaps the largest group in southern Libya. Provoked to mobilise against Haftar, they could help trigger unrest on a regional scale. Thus, French support for Haftar could yet have severe knock-on effects.

The situation becomes yet more complex when one examines the make-up of the LNA. Despite its characterisation as an army, it is more akin to a franchise operation. Most of its forces are tribal, local, or Salafist militias that receive resources and a veneer of legitimacy in exchange for some semblance of loyalty. This means that Haftar’s expansion to the south has forced him to take sides in a heavily tribal part of the country. He has patronised mainly Arab tribes and deployed Sudanese militias from the opposition Minni Minawi movement – which have a stake in the Chadian conflict. He has attempted to isolate, intimidate, or simply buy off locals who are not among his clients.

This has allowed Haftar to spread his influence quickly and seize vital infrastructure. But the risk of escalation hangs over the region. The heavy-handed actions of his forces could trigger a messy and intractable conflict, as could a halt in the flow of cash and supplies he uses to purchase local goodwill. Indeed, these forces have already been accused of a litany of crimes against those who do not support them.

Haftar’s advance into southern Libya coincides with shifts such as a decline in the Sahel’s migration economy (caused by restrictive migration policies) and rising interest in the region from foreign powers, some of whom could provide support to armed groups. Having disrupted Tebu militias that circulate between southern Libya, Chad, and Niger, these shifts may have been a factor in a recent attack that killed the military commander of Dirkou, a strategically important Nigerien region near the borders of Libya and Chad.

Each country in the region is facing a different kind of internal threat: worsening jihadist violence in Mali and Burkina Faso; a potential increase in militancy and trafficking in northern Niger; various rebellions in northern Chad; and now a return to violence in southern Libya. If the European – particularly French – response in each case is to merely reinforce authoritarian rule, it could inflame such militancy in the long run. 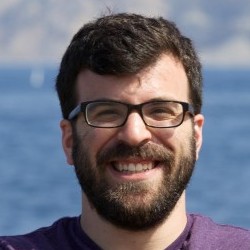