After months of hard work, I’m very excited that the first edition of the ECFR scorecard is finally out (click here for the interactive web version, pdfs and audio). It’s the product of a very large team work involving six expert teams, 27 national researchers, and dozens of other expert and officials who helped us evaluate Europe’s performance in the world for the year 2010.

I very much hope readers will disagree with the grades we give. That would ratify the difficult choices we made in terms of methodology, but also fulfill the ambition of the Scorecard project: to get EU citizens to engage in a serious debate about European foreign policy – its goals, its tools and resources, its difficult trade-offs and moral dilemmas.

Put differently, the scorecard project is about European identity. How we interact with the world reflects who we are, as well as the state of European integration. The Scorecard maps the formidable mess that is European foreign policy, a spectrum that extends from truly centralised areas (on visas and trade for example), to common and well-coordinated policies (on climate change or the Balkans), to loosely coordinated ones (on the Human Rights Council or the response to Haiti), to areas where national governments still predominate (NATO, G20).

Please note, however, that the scorecard is not an implicit advocacy tool for a more federal or centralised foreign policy. Europeans tend to defend their interests better when they’re united, but that doesn’t dictate the exact form that foreign policy institutions should take.

By focusing on facts – actual decisions and events of 2010 – we are trying to steer the discussion away from speculation and abstraction and back to hard, concrete realities, the ones that matter. But it doesn’t mean we don’t have larger intellectual ambitions. As the future editions go out – the Scorecard 2011, the Scorecard 2012, the Scorecard 2025… – the fundamental questions behind the project will become increasingly clear.

* Are we getting better at defending our interests and ideas in the world as Europeans?

* Are the heavy historical, geographical and diplomatic legacies from the past still dividing us, or are Europeans slowly converging towards a more unified stance vis-à-vis the rest of the world?

* Do we see our national interests still conflicting with European interests, or is the globalised world we live and the habit of working together leading us, gradually, to define our relationship with the rest of the world as Europeans, rather than as Portuguese, Latvian and French?

I very much hope you will find the Scorecard enterprise hepful to answer these questions – and many others as well. 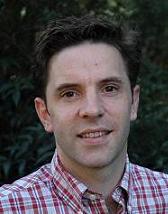