There is much on the EU’s plate, above all dealing with the fall-out of the Irish rejection of the Lisbon treaty. Unperturbed, and unlike Germany’s turn at the helm, France has begun its presidency with high ambitions.

France has five priorities for its EU presidency: 1.) Energy- and climate policy; 2.) CAP health-check and budget review process; 3.) a ‘Pact on Migration ‘; 4.) Progress in ESDP; 5.) implementation of the Lisbon Treaty. Besides this, it will inaugurate the Mediterranean Union at the special summit in Paris on July 13th. In addition, France will host no less than thirteen bilateral summits with third countries and begin new EU negotiations with Russia.

However, under the shadow of the Irish ‘no’ to the Lisbon treaty, the French Presidency has begun shifting its priorities. Recent speeches by French leaders have indicated that France would use its EU presidency to try to win over discontenting voters in Europe by getting ‘back to basics’. In his inaugural speech, Mr. Sarkozy focused on the economic and social situation in Europe, implicitly arguing that the Irish ‘no’ vote largely reflected social concerns. His speech pointed to deficiencies in EU trade policies and he again requested more comprehensive goals for the Euro-management of the ECB. But to succeed, France has to understand that its discussion about economic governance in Europe – as much as it is necessary- needs to be framed differently.

…but France will first need to deal with the Irish ‘no’

The consequences of the Irish ‘no’ are not clear. While some argue that the Lisbon Treaty is dead, this view does not reflect mainstream thinking. When European leaders met on 19/ 20 June, the reaction was hesitant. In the main, the leaders argued that the ratification process should be continued. As Slovenian Prime Minister Janez Jana declared: ‘There is firm resolve to proceed, to seek a way out of this situation within the framework as set by the Lisbon Reform Treaty’.

But a few weeks after the referendum, it is still not clear what will happen. Clearly, the Irish ‘no’ has to be respected. Everyone also agreed that the EU is not facing a ‘major political crisis’. Britain’s ratification of the Treaty four days after the Irish ‘no’ carried an important symbolic message that the Treaty was not dead. But over the past two days things have become blurrier with the refusal of the Polish President, Kascinski to sign the ratification law, a new contest from the Czech side and even German concerns.

The official position is that the Irish are to be given time and that the Irish ‘no’ will be debated at the next Council meeting on October 2008. During the French presidency, the Irish are supposed to work on solutions, specifying which Treaty stipulations they cannot accept. The political reading is that the Irish may – as they did in 2001 and as Denmark did in 1992 – sign up to the Treaty albeit with op-outs (in legal terms, a declaration has not the same legal status than a protocol and needs no ratification in all EU countries). The Irish people would then vote a second time on the amended Treaty without a new ratification required in other countries.

But even if this strategy succeeds, the French EU Presidency will depend in large part on whether Franco-German cooperation can be revived. In that seemingly long-gone era, common initiatives for Europe were the rule, and a Franco-German proposal usually constituted an acceptable compromise for Europe as a whole. The Maastricht Treaty was probably the zenith of Franco-German cooperation. But nothing of this is visible today. The Mediterranean Union was a French project, which led to a dispute with the German chancellery.

This will have to change if the Lisbon Treaty is to be salvaged. To do so, France must show that it truly cares for Europe and its role in the world, and that the EU is more than a tool for French foreign policy. Working with Germany, France has to build a new team for the EU. An easy way would be for French leaders to be more circumspect in how they present French proposals.

But this will not be enough. What is really needed is a new and compelling geo-strategic vision for Europe. And this needs to be developed between Paris and Berlin. Europe’s two giants may have lost some of their authority, but without them nothing happens in the EU. Hence, the revamping of the Franco-German engine alone would not yet be sufficient.

The UK is needed for European defense policies

Closer Franco-British cooperation – Sarkozy’s discussions with British Prime Minister Gordon Brown during his two-day state visit to London in March and a Franco-British commitment to promote the European Security and Defense Policy (ESDP) – should be viewed as a positive development, for it pulls the United Kingdom towards Europe. And German-British relations are also improving.

France is still keen to make serious moves progress in ESDP, but it has to accept that major advance will not happen during their presidency without strong British support. And that the domestic political scene in the UK may not provide such support. ESDP may therefore see only some small steps of progress at the end of the French presidency, even if spectacular will have to wait. The likelihood of getting a European Headquarters are slim, though not hopeless. But French officials admit that they do not want a teleological dispute and they are happy to abandon to use the words European Headquarter’ into to avoid a fight with those who see an in it attack against the NATO headquarter. The intention is, thus, to stress the need for permanent personnel to manage EU missions abroad, i.e. in the Balkans or in Congo.

France will focus mainly on the increase of European military capabilities (including the need for pan-European, industrial cooperation and more synergies), and has already launched the idea of a ‘European White-book’. The idea has been well-received in principle, but nobody has yet agreed on how to achieve this goal. France has set out a fairly realistic and pragmatic set of ambitions (i.e. helicopters) and may hope to attract enough UK support with respect to common funding for operations and better resourcing of the EDA. Most of this can basically be achieved without the implementation of the Lisbon treaty by pioneer groups (structured cooperation).

Finally, a revision of the European Security Strategy (ESS) will take place, but again, it will be less ambitious than initially planned. The French presidency will try to do two things: Firstly, to amend the strategy with respects to new security risks and to dedicate another chapter to the risks of climate change and questions of energy security. Also, it is intended to precise the strategy with respect to the risks of nuclear proliferation. Secondly, Javier Solana’s team is working on better synergies between development policies and security policies. However, there is a clear consensus that the ESS will not be re-written from scratch, as that would mean open Pandora’s box.

The larger geo-strategic questions, such as the EU’s relations with Russia and its links to NATO, require the attention of a larger leadership team, including Eastern European countries. Poland has that leadership potential, even if Germany will remain the glue between East and West. Recent improvements of Franco-Polish relations as much as the revival of the ‘Weimar Triangle’ are the next step to distribute European leadership on more shoulders, and to tie Eastern and Western Europe closer together.

For the European Union will find its new narrative for the 21st century in a strong and united foreign policy. This will require a shift from domestic concerns to foreign policy concerns and a corresponding shift of resources. Europe will need to engage in the world, shoulder responsibility and cope with the big global challenges whether they be climate changes or terrorism, neighborhood policies or Russia and China. Even if the social dimension of the EU is again disputed now after the Irish ‘no’ and the density of the common economic and social policy making need to be discussed now in order to save the legitimacy for the EU, most citizens agree that it is precisely foreign policy that should be more united in the EU.

The larger EU countries that need to pave the way for this, as they have the biggest involvement in foreign policy. A couple of simple things need to put into public discussion therefore: Firstly, the EU should not be split into a Southern and as Eastern dimension. Secondly, that foreign policy is directly intertwined with most of the most ardent domestic problems that all EU countries face, as there are migration, security, energy security etc.

Only the EU can provide the framework to protect the interest of European citizens here. It will be a challenge for  the French presidency – with the help of especially Germany, but hopefully other countries of a European leadership team – to convey this in the public debate, to save especially those stipulations of the treaty of Lisbon that lay the basis for a stronger and more united foreign policy (i.e. the European External Action Service) and to provide Europe and the European citizens with a strong geo-strategic vision on where it stands in the world and what it could and should to in the world. 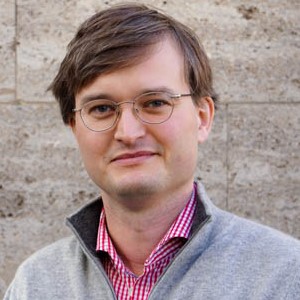