After a short lull, things are heating up again in Iraq. The United States and Iranian-allied militias are carrying out a new round of attacks against each other. This time, the United Kingdom has also been caught in the crossfire: on 11 March, a rocket attack on Iraq’s Camp Taji killed one British soldier along with two American troops. The US swiftly responded with airstrikes against Kataib Hezbollah, the Iraqi militia group it blames for the attacks.

Even as the world focuses on the coronavirus, there remains a real risk of dangerous escalation in the Middle East. With regular military clashes between US forces and Iranian proxies in Iraq – and in the absence of a direct political process between Washington and Iran – it is hard to imagine how they can sustainably de-escalate the situation.

Camp Taji hosts forces from the international coalition fighting the Islamic State group. Initial reports suggest that militias fired 107mm Katyusha rockets at the base from improvised truck launchers, with 18 of the 30 projectiles landing in the camp. Beyond the British and American fatalities, 14 coalition personnel were also injured. No group has officially claimed responsibility for the attack, but General Kenneth McKenzie, head of US Central Command, said that Kataib Hezbollah had previously conducted similar operations against US forces. Shortly after, Kataib Hezbollah released a statement that seemingly denied responsibility for the attack but praised whichever group was accountable, asking it to identify itself.

On 12 March, US forces launched airstrikes targeting Kataib Hezbollah weapons depots in five locations south of Baghdad. The Iraqi military released a statement criticising the strikes and confirming that five Iraqi military personnel from the Ministry of the Defence and the Ministry of the Interior, along with one civilian, were killed in the operation. There will be a renewed political debate on forcing US troops out of Iraq in light of this round of strikes. And it is likely that pro-Iranian armed groups such as Kataib Hezbollah will carry out further reprisals against the US. A day after the attacks on Camp Taji, General Mark Milley, chairman of the US Joint Chiefs of Staff, said: “you don’t get to shoot at our bases, kill and wound Americans and get away with it”. Nonetheless, the Department of Defense described the military’s response as “retaliatory” and emphasised that the US does not seek a wider conflict with Iran.

This latest round of violence comes just two months after the US assassination of Iranian General Qassem Soleimani and Abu Mahdi al-Muhandis – a senior Iraqi military official and the founder of Kataib Hezbollah – following a series of Iranian-backed attacks in Iraq, the Gulf of Hormuz, and Saudi Arabia. Iran responded to the assassinations by launching more than a dozen missiles at bases hosting US forces in Iraq. As the strike did not kill any Americans, President Donald Trump refrained from further retaliation (and later appeared to downplay the severe injuries the missiles inflicted on some US soldiers).

The US responded by targeting weapons-storage sites linked to Kataib Hezbollah, which it has long regarded as being controlled by Iran

At that time, the Trump administration argued that it had restored US deterrence by killing Soleimani. Some observers believed that Iranian retaliation ended with the missile strikes on the US base. But, though Iran may not be directing these latest attacks, it is clear that the country will not prevent its proxies from acting against the US. The fact that US deterrence has broken down, and that Washington is unable to enforce a red line on attacks on its facilities in Iraq, will increase the cost of escalation. Iranian-backed armed groups have a long history of attacking American and British interests in Iraq – and, given that they do not seem to acknowledge the US red line or be prepared to de-escalate, Iran might not be able to force them to do so for now.

The Iranian government has long made it clear that it wants American troops to leave Iraq. And pro-Iranian Iraqi political groups have been trying to force the US to withdraw for months. In February, Brigadier General Hossein Dehghan, a military adviser to Ayatollah Ali Khamenei, Iran’s supreme leader, said that “complementary blows will happen over time”, with the aim of pushing US forces out of the Middle East. He pointed out that Iran “saw no reason to order” its proxies to act but would not “prevent them from acting”. Here, the US killing of Muhandis may have removed an organisational force among pro-Iranian Iraqi militias, leaving a leadership vacuum in which they could feel little need to coordinate their activities with Iran. These groups are more likely than Iran to seek retribution, given that they incur most of the losses from American retaliatory strikes in Iraq and have their own complaints against the US. Nonetheless, at the moment, their actions help Tehran apply pressure on Washington.

While the US and Iran appear eager to avoid a direct conflict with each other, the cycle of military aggression in Iraq looks likely to continue, risking unintended escalation and dragging Iraq – which is already in political and economic turmoil – into deeper instability. Without a viable political track, Iran and its allies are likely to adopt a campaign of attrition aimed at inflicting an increasing level of pain on the US and its allies in Iraq. With a US presidential election scheduled for November, Trump may become increasingly reluctant to tolerate this pain, particularly if the US is also struggling to combat the coronavirus.

Iran, in contrast, sees the losses incurred by Iraqi militias as relatively tolerable. Tehran not only views Trump as vulnerable but also believes that there is an opportunity to force the Americans out of Iraq. While the Trump administration is willing to push back against Iran militarily, Tehran seems convinced that it can outlast the US in a war of attrition. And, given the intensifying US maximum pressure campaign on Iran, Tehran has little incentive to de-escalate unless Washington eases its sanctions on the country.

Against this backdrop, Iraq and the international community should increase their efforts to prevent the country from being drawn into an intensifying cycle of conflict between the US and Iran. As part of this, the Iraqi government should do more to assert control over internal security forces, aiming to prevent Iran, pro-Iranian groups, and the US (as well as, potentially, the UK) from targeting each other in Iraq. Europeans, for their part, should look to establish some form of back-channel communication between the US and Iran to, at minimum, establish rules of engagement that protect Iraqi sovereignty and prevent further escalation. Beyond this, the latest round of violence should serve as another reminder of the urgent need for a political off-ramp between Iran and the US.

Sajad Jiyad is an Iraqi political analyst based in Baghdad​. 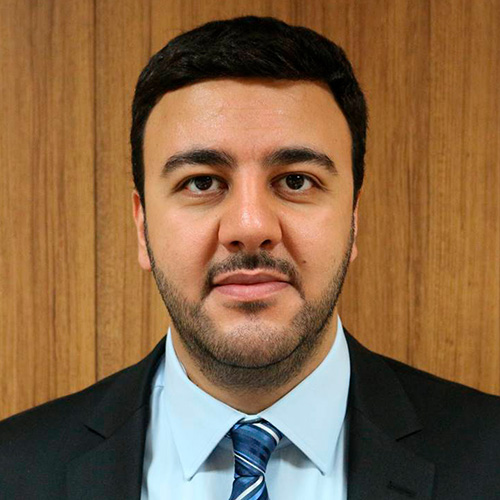