In an influential article published in 2012, Evan Feigenbaum and Robert Manning argued that there were now two different Asias: an “economic Asia” centred on China and based on a win-win logic of cooperation and integration, and a “security Asia” centred on the United States based on a zero-sum logic of competition and disintegration. They wrote that “economic Asia” could become “an engine of global growth”, while “security Asia” could, in the worst-case scenario, lead to great power war. However, in the three years since the article was written, the two Asias – which Feigenbaum and Manning argued were “increasingly irreconcilable” – seem almost to have merged.

While military spending in Asia continues to increase, economic tools are now also increasingly being used for strategic purposes. The US is seeking to agree a Trans-Pacific Partnership with 11 other states in the Asia-Pacific region, which some in China see as a kind of “economic containment”; China is developing its own alternative Regional Comprehensive Economic Partnership. China is also seeking to “redraw Asia’s geopolitical map”, as the Indian analyst Brahma Chellaney recently put it, through the Twenty-First Century Maritime Silk Road and Silk Road Economic Belt projects announced in March. Thus what looked like two Asias with quite different dynamics now looks more like one complex Asia, in which economic as well as military power is being used within a competitive logic between states.

While tensions over territorial disputes have slightly decreased, trade and investment are not so much being interrupted as instrumentalised for strategic purposes in a context of deepening rather than unwinding interdependence.

This new development – the use of economic power within a logic of competition – does not directly contradict the argument that Feigenbaum and Manning made. In fact, in their article, they worried that “security Asia” could “overwhelm, or even destroy” economic Asia – in other words, a kind of “securitisation” of “economic Asia”. In a sense, that is exactly what seems to be happening. But the particular danger they had in mind was that nationalism could fuel territorial disputes, which could at some point interrupt trade and economic integration and even ultimately lead to a military conflict – in other words, a situation somewhat like World War I. What seems to be happening instead is that, while tensions over territorial disputes have slightly decreased, trade and investment are not so much being interrupted as instrumentalised for strategic purposes in a context of deepening rather than unwinding interdependence.

In turn, this suggests that economic and military power may be more intimately connected than Feigenbaum and Manning suggested in their article. At one level, of course, economic power has always been the basis for military power: countries with expanding economies can also increase their military capabilities. The best current example of this is the way China’s spectacular economic growth has allowed it to increase defence spending by more than 10 percent each year for a decade, so that it now has the second-largest defence budget in the world after the US. It is for this reason that, in his book, The Rise of China vs. The Logic of Strategy, Edward Luttwak argued that the US should actually seek to impede China’s economic growth. This is, of course, not the official policy of the US, which insists it welcomes the rise of China as part of a win-win logic.

Powers such as China seem increasingly to be using economic means for strategic purposes within a context of interdependence.

Where current developments in Asia are particularly interesting, however, is in the even more subtle connections between economic power and military power. In particular, powers such as China seem increasingly to be using economic means for strategic purposes within a context of interdependence. The aim seems to be not so much to reduce interdependence, let alone to interrupt it, but to shift its balance in their own favour – in other words, to create asymmetric interdependence. In recent years, there has been much discussion of the way China has used investment to create such relationships of dependence through strategic investment in Africa, Latin America, and even Europe. Initiatives such as the Silk Road Economic Belt and the Twenty-First Century Maritime Silk Road seem to develop this approach further.

The silk road initiatives have led analysts to speculate about a shift – or even a “reset” – in Chinese foreign policy. After several years in which China was increasingly aggressive, particularly in the East and South China Seas, it now seems to be becoming more cooperative. But according to Chinese political scientist Shi Yinhong, the shift is from “strategic military” to “strategic economy” – in other words, it is the means rather than the ends that have changed. China’s objective remains the same: to increase its influence in Asia at America’s expense. But after its aggressive approach in the last few years sparked fear among its neighbours, who increasingly began to increase security cooperation with each other and with the US, China switched to the use of economic tools to achieve the same objective.

China's military spending continues to increase – in March, it announced that its defence budget would rise by 10 percent to roughly $145 billion in 2015.

It is not clear, however, whether the shift that Shi describes is permanent or temporary. As he acknowledged in a discussion in Berlin a couple of weeks ago at the launch of the German edition of the essay collection China 3.0, China could shift back to “strategic military” at any moment. After all, China's military spending continues to increase – in March, it announced that its defence budget would rise by 10 percent to roughly $145 billion in 2015. China presents the trade routes and commercial ports that it is now developing – in Asia and beyond – as part of a “win-win” logic of cooperation. But they could someday also be used for military purposes. 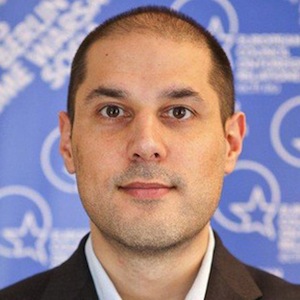