Two notable statements have come from Kyiv in recent days on its ongoing war in Donbas. The first is that, according to General Viktor Muzhenko, Ukraine's chief of the general staff, Kyiv’s military is now in a position to retake Donbas in as little as ten days – if it is willing to suffer 10,000-12,000 casualties, including 3,000 fatalities, as well as more than 10,000 civilian deaths. The second is that Kyiv expects that it will soon finally receive lethal weaponry from the USA.

Ukraine is the victim of Russian aggression and has every right to reassert its control over Donbas. However, there is a serious risk that the drums of war are drowning out the quiet voice of common sense on both these fronts.

First of all, while the Ukrainian armed forces have been rebuilt and reformed at an impressive rate – not least thanks to the $750 million of “non-lethal” military aid it has received to date – it is doubtful whether a re-conquest of Donbas would be all that easy. It must be remembered that Moscow retains ‘escalation dominance’ in Ukraine, and could easily raise any bet made by Muzhenko’s forces.

It could, for example, provide more and better heavy weapons to its proxy fighters (contrary to some claims, much of what has been deployed is actually quite dated) and move them right up to the front line. It could surge more regular forces into the region (when Ukrainian regulars have met their Russian counterparts rather than local militias, they have generally fared badly). Russia could take advantage of air power (a crucial asset it has not yet used), scale up its sabotage and terrorism campaign behind the front lines, impose new economic sanctions, or open fronts elsewhere.

Talking in the terms used by Muzhenko thus creates probably unrealistic expectations in a Ukrainian population who are already feeling impatient with a political elite that promises much and delivers little.

Donbas is a debilitating political and economic drain on Russia, and will return to Kyiv’s control in due course, but better by force of example than through force of arms. There will have to be a political process of some kind, a recognition on the part of the region's population that international law and practical interests align. Trying to reconquer Donbas, with the associated human loss and material destruction, will only back up Putin's pernicious narrative of a brutal and clumsy Ukrainian state.

Meanwhile, those who advocate arming Ukraine, generally with the very best of intentions, risk distorting the political calculus for Kyiv by encouraging the belief that there can be a purely military solution to Donbas. It also will hand President Poroshenko political capital that, based on past experience, he will spend on fudging rather than accelerating reform. A lack of conditionality attached to Western support has instilled the notion in Kyiv that the West will look after Ukraine even if its own government will not.

It is also questionable whether Washington – especially today’s Washington – fully appreciates that arming Kyiv will in effect transform their implicit proxy war with Russia into an explicit one. This is certainly how Putin will view this new level of US commitment to the conflict. He has already warned that if this happens, the proxy regimes in Donbas may send weapons “to other conflict zones where it will be painful for those who give them trouble” – a clear threat to stir up trouble in other theatres. Are we and Ukraine ready for the almost inevitable Russian retaliation?

Besides, even if Kyiv's shopping list of weapons were provided tomorrow – the Javelin anti-tank missiles, the additional counter-battery radars, the anti-aircraft systems – it will take time for distribution, training, and tactical recalibration to make them effective. Meanwhile, the Russians will take countermeasures – from upgrading their armour to increasing their use of drone-guided artillery.

Of course, Moscow could, in theory, allow Kyiv to retake Donbas. Rather than seeking to expand the area under their control – which, after all, means the area they have to pay for from an already-overstretched federal budget – the Russians seem eager to try and extricate themselves from this miscalculated attempt to prevent Kyiv from turning westwards.

Admittedly it is hard to imagine Vladimir Putin accepting anything that looks like a defeat, especially in view of the 2018 presidential elections. Yet even if he did, Kyiv would find its victory a Pyrrhic one. A devastated region, awash with illegal weapons, in which an impoverished and brutalized population have become dependent on smuggling and subsidies, would be hard to police and harder yet to assimilate. Russia has spent hundreds of millions of dollars supporting the region: can Ukraine afford the same?

Of course, some day Donbas and Crimea must be returned to Ukrainian control. And it is entirely right and proper for Kyiv to build armed forces proportionate to its needs. So long as Putin is in the Kremlin Russia will remain a threatening neighbour. There is thus nothing intrinsically wrong with arming Ukraine, especially as most of the weapons being discussed are essentially defensive. The Javelin, for example, would be most useful in repelling Russian armoured offensives. As there seems little likelihood of Moscow launching such operations, it is fair to argue that they pose no genuine provocation – but also naïve, as to Putin they will represent a challenge and a provocation.

Likewise, there is nothing wrong with Ukraine’s generals making contingency plans for retaking Donbas. That is what generals are meant to do. However, it is wishful thinking to believe that this is a conflict that can be solved in the near future with the military means at Kyiv's disposal, even including whatever new toys the West may provide.

In fact, it is a dangerous diversion. It may be tempting for a political leadership looking for distractions (Poroshenko’s approval rating is now around just 17%) to gamble on war rather than engage with the real, immediate and overdue task of state-building.  But such adventurism risks plunging Ukraine into an even greater crisis – that of dealing with an enraged Russia and a devastated and resentful Donbas. Those who argue that reform must take second place to military victory are in effect cheerleading for the kleptocrats.

Cleansing the political system, constraining oligarchic power, streamlining the administration – all these are difficult and often thankless chores (especially for an oligarch who depends on other oligarchs). They are far less exciting than donning a uniform and posturing as a war leader. Yet creating a working, law-based, economically-vibrant and genuinely pluralist Ukraine is the only way Kyiv can truly have the last laugh over Moscow. 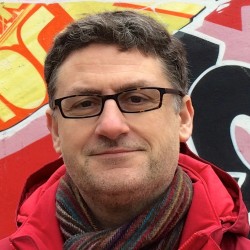