The road to Irpin, taken in an old Lada 1500s that one still sees these days in Ukraine (Lexus and similarly luxurious cars often outside courthouses), is bumpy. Ukrainian country roads are often blighted with potholes, poorly lit and in dire need of repair. This is just one of the many governance failures that, alongside endemic corruption, fans profound popular dissatisfaction with politicians and the system.

Irpin is a small town north of Kiev, surrounded by pine forests that have made the area something of a resort. In recent years, as Kiev’s population has grown and people seek less expensive housing outside the capital, this region has become a target for real estate developers that, through shady deals with local politicians, make huge profits out of public land. 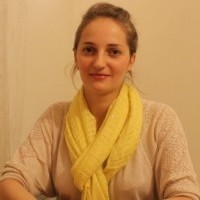 In a humble, though cosy apartment I meet Inna, a local activist and mother in her mid-20s. Last October, Inna ran in the local elections as independent candidate for “Syla Lyudei” (Power of People). This party and “Demallianz” (Democratic Alliance) are new democratic parties so far untainted by the links with oligarchs and vested interests. One of the silver linings of these elections is that both gained representation in several oblasts and local councils, including ones in eastern and southern Ukraine. The other silver lining is perhaps that pro-EU and pro-Western forces such as “Samopomich” (Self Help) made gains in the East too, traditionally a stronghold of former Party of Regions.

The young builders of the New Ukraine

The profile of Inna reflects a marked generational change in this country that is one of the buttresses of a strengthening civil society and volunteer activism. This was, in the early stages at least, the core basis of the Euromaidan in Kyiv and elsewhere in the country. One often runs into young activists and professionals – many of them women – running NGOs or holding other leadership positions. They are Facebook politicians, activists and entrepreneurs. Social media is their natural public space as opposed to a media sector largely dominated by oligarchs and where these new leaders had until now little or no presence. This may be changing with the appearance of channels such as “Hromadske TV” and other media outlets that provide a platform for these new voices and for critical journalism. Much of the mobilisation in favour of anti-corruption or anti-discrimination legislation, or against corrupt politicians at the local or central level, has been galvanised through social media.

Nonetheless, elections, with their power games and populist rhetoric, are still mostly won in the other public space, that of Old Ukraine. Resources are scarce and politics – in the best US campaign style – is controlled by those who have money. According to the current electoral legislation, parties need to pay a deposit of some 40,000 hryvnias (a significant amount in the Ukrainian context) to just participate in local elections; an amount they get back if they meet the minimum threshold of 5 percent, and which otherwise goes to the public budget. For national elections, this deposit is some 2 million hryvnias. Moreover, election laws do not allow for independent candidates – they need to be nominated by parties.

Therefore activists such as Inna can either militate in established parties, in spite of their baggage and the attendant risk of being tainted by association. Or join new, smaller ones in targeted districts in the hope of passing the threshold (she came up just short of getting a mandate in Irpin).

These activists and new parties share a platform around ambitious and transformative goals for Ukraine, its institutions, oblasts and towns, which basically consists of good governance, reform and democratic accountability objectives. They constitute modernising platforms, although as is the case in other European countries their stances on properly liberal issues, such as LGBT, is at times ambiguous at best and in a definition phase (“Sila Ljudey” members tend to be in favour, but this does not seem yet the case with “Demallianz”). New Ukraine is clearly European in outlook, but in the initial stages of a complex phase of political soul searching and nation-building.

So, in the oblasts and cities, these new forces mostly focus on abuses and corruption scandals involving local strongmen. Inna has taken an active part in protests against real estate deals that, through the grabbing of communal land, enrich local businessmen and councillors. As with other Maidan activists before her, her activism saw her being beaten up by one of these real estate developers, a former city council deputy. This Old Guard roam around like any Mafiosi character from the “Godfather” movies, mixing brutishness and urbanity. Their networks of power and patronage constitute a substantial obstacle to Ukraine’s democratic future. This “caste” has thrived under successive governments in Kyiv and has shown resilience in the face of different revolutions. In Irpin, the same pre-Maidan politicians ran in a party called, ironically, “Novi Oblychia” (New Faces). 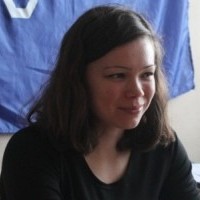 Further to the north, in the oblast of Chernihiv/Chernigov, near the border with Belarus and Russia, Kateryna, head of the oblast branch of “Demallianz”, will soon take up her duties in a district council. Her party passed the five percent threshold in Chernihiv’s city council, with over ten percent in some city districts. Their small office, in a derelict building, consists of the bare essentials for electioneering: a packed up desk, some party flags, a second hand speaker for rallies and dossiers in a wooden armchair. “Demallianz Chernihiv” relied on donations to pay for the office’s costs and rallies. The party was born in Ukraine in 2010 mostly by activists, partly mobilising against the abusive politics of Yanukovich, and is officially aligned with the principles of Christian Democrats. They act as a watchdog, shedding light on corruption, including illegal surcharges on international passports charged by officials. As with “Syla Lyudei”, most of their voters are young professionals, Facebook users and activists.

“Demallianz” and other democratic forces such as “Samopomich” (which won 17 percent of the vote in Chernihiv) made the leap into a hitherto closed political space. But, in Chernihiv, as in other parts of Ukraine, the second round of mayoral elections in November pit two candidates of the Old Guard and former Party of Regions members against each other. The former Mayor predictably won, running for Nash Kraj, a clone party set up by Poroshenko’s presidential administration, following usual “political technology” methods in the post-Soviet space, to co-opt former Party of Regions people and stave off wins by the Opposition Bloc. The Old Guard appeals effectively to pensioners, to the pro-Russian constituency and to citizens with a passive attitude to politics.

Ukraine: two years after the Maidan

The odds are stacked against the new political forces; the old system is proving resilient, two years after the beginning of the Maidan. In fairness, government authorities and agencies are at least more receptive of criticism that they were and there is more scrutiny. The Verkhovna Rada has adopted legislation coherent with European standards, whether on anti-discrimination or against corruption, often at the behest of these new voices, some of whom are now in Parliament. Yet reform legislation often gets hollowed out, in manners reminiscent of the olden days.

Much of the European and international attention is inevitably focused on Kyiv, some hotspot oblasts and the often unproductive diplomacy around the Minsk Agreements. But, the success or failure of the ambitious transition Ukraine has just embarked upon willalso largely hinge on developments (or the lack of) in places such as Chernihiv, Irpin, Odesa or the least well known oblasts.

Power in Ukraine remains fragmented or rather unevenly shared around three or four circles and their networks, with shifting loyalties. In this environment, there is a perception that current proposals for decentralisation, in spite of their compliance with European standards, could end up strengthening the same local chieftains and godfathers that prevent change in Ukraine. The usual approach to change through constitutional reforms, institution-building and a solid legislative framework – especially in areas such as electoral legislation and party funding, the judiciary and the security sector – is necessary but will not be enough. The country needs state building, but it also badly needs a bottom-up bandwagon of changes at the local level, focused on good governance and democratic accountability issues.

Activist policy is a positive development in Ukraine, but might not be enough to change the system if these new voices do not wield real power. Hence the need to build on some of the gains made and broaden their base of support, including to voters of the Old Guard, such as pensioners and apathetic citizens, with a view to the next parliamentary elections.

Ukraine needs a fundamental transformation, but Europe needs profound reforms too, as well as a renewed, inspiring narrative. Largely anonymous individuals such as Inna, Kateryna and plenty of others making up the bulk of the New Ukraine have a few things to contribute for both goals.

Listen to our podcasts with Kateryna Dankova and Inna Gryshchenko from 'Voices on Ukraine, voices of Ukraine'.