The lead up to the Egyptian elections has seen hope, pride and the anxiety of real suspense. But whoever forms the next government will face a real test in dealing with the economy, reforming institutions and addressing many other legitimate complaints.

In Egypt, on every street and in every alleyway, there has been one topic of serious debate over the past few weeks: the presidential elections, the country's first of any suspense or consequence. Figures from Egypt's formerly quasi-underground opposition stare down from billboards blanketing the country. Leading civilian candidates debate on television for the first time in Egypt and the Arab world. It is not quite a democracy – Egypt remains a military dictatorship, albeit one in flux – but it is a bumptious mirage of what Egyptian democracy might look like in 2016 or 2017, if there are free, peaceful elections at the end of this next president's term. Charges and recriminations will begin soon enough, and everything will look inevitable in hindsight. But the days ahead of the polls were memorable for their mix of resurgent hope, pride, and the anxiety of real suspense.

To be sure, some election results would be more polarising, and therefore more dangerous, than others. The military has often publicly insisted it is not backing any candidate. But Ahmed Shafiq – the man whom Hosni Mubarak reportedly called his “third son,” and who served under the former president as head of the air force, as civil aviation minister, and, briefly, as prime minister – has quietly presented himself as the military's candidate and as the face of stability. Officers privately bristle at the notion of taking orders from or entrusting the country to any of the civilian politicians, whom they view with scorn. Amid the noise and fatal violence that followed last month's exclusion of other leading candidates (spy chief Omar Suleiman, Muslim Brotherhood powerbroker Khairat el-Shater, and avuncular televangelist Hazem Saleh Abou-Ismail), Shafiq, who had methodically campaigned for a year, slipped quietly back into the race after the law passed in part to exclude him was tied up in legal challenges. When the furor had died, he topped a government-commissioned poll. Blue billboards across the country that had previously read only “The President”, were replaced with his image and the slogan, “Deeds, not words.” Suddenly he seemed a more plausible candidate, and protesters began dogging his campaign events. At a rally in southern Egypt last week, one man in the audience threw his shoe at the candidate (police and soldiers looked on idly as pro-Shafiq partisans dragged him out of sight).

Yet the military probably does not need to engage in widespread rigging or fraud on voting day to remain autonomous and immune from civilian prosecution. The most unacceptable candidates have been removed. Mubarak-era judges have defined the contours of the competition, and an unreformed, influential state media machine has tilted the field. A large segment of the population was never sold on the “revolution” – as it is almost universally called here – in the first place. Afraid of chaos, economic hardship, bloodshed, and religious zealotry, they sat out the 18-day uprising, watching state television. They have found little in the events of the past year to allay their fears. A few had a stake in the status quo. Far more, raised in an educational system that rewards verbatim regurgitation of authoritative sources, take their opinions from the broadcasts and pages of the state media. Moreover, as one senior Egyptian politician recently observed, an overlapping segment of the population can easily support the Islamists and the military. That was an easy stance in the parliamentary elections, when the two were aligned. But now that the two are in conflict, their greater loyalty is to the military, to the state, and to stability.

Shafiq's nearest non-Islamist, civilian rival, former foreign minister and Arab League secretary-general Amr Moussa, is also a creature of the old regime and has a realist diplomat's record of compromise. Egypt's current military leader, Field Marshall Mohammed al-Tantawi, reputedly bears an old grudge against Moussa. Mourad Mouwafi, the head of intelligence and a self-seen contender to replace Tantawi eventually, would likely view Moussa suspiciously as well, fearing he might try to take Egypt's most vital foreign-policy portfolios away from Intelligence and give them to the ministry of foreign affairs. The military meanwhile can likely count on Moussa to strike an acceptable deal on civilian oversight of the military.

Better still for the military, the Muslim Brotherhood entered these elections divided and isolated. An unknown number of their cadres will break for the defector Aboul-Fotouh. Ultraconservative Salafi voters who might otherwise have backed the Brotherhood's candidate, Mohamed Morsi, as the nearest-best-thing to a Salafi candidate, will likewise split between Aboul Fotouh and Morsi. Cairo and Giza – the country's biggest electoral prizes, but not necessarily a barometer for the rest of the country – are in the midst of a strong anti-Brotherhood backlash, following their premature and failed bid to control the parliament, the cabinet, the constitutional assembly, and the presidency.

This election will test the effectiveness of the political machines of the regime and the Islamists, the same two forces that have defined Egyptian political life for decades. Though the Brotherhood will probably lose votes to Aboul Fotouh, it can likely count on the support of much of its base, especially in the Nile Delta. If the non-Islamist vote splits between abstention, Shafiq, Moussa, and the handful of former opposition figures, that base might still be enough to propel Morsi to the run-off. But it would likely not be enough to carry him to the presidential palace.

Those who fear the destabilising effects of a sustained Islamist-military confrontation can take some comfort from the fact that, current bluster notwithstanding, neither side has an interest in such a prolonged fight. And, following the exclusion of former spy chief Suleiman and Shater, the man most often identified by members as “the most powerful in the Muslim Brotherhood,” both the regime and the Brotherhood are fielding their “B teams” (the Brotherhood initially proposed the relatively unknown Morsi as a “backup” candidate in case Shatir was disqualified for the multiple verdicts against him from Mubarak's military tribunals, as he was). This protects both institutions to a degree and may make an eventual compromise easier to strike.

Moreover, few Egyptians I met in the weeks running up to the polls seemed to support any candidate very strongly. The overwhelming sentiment was a desire for calm, consensus, better economic conditions, and for a regular rotation of power. The current mood is of optimism and anxiety. But it will not last. Whoever is so unfortunate as to become president of Egypt during these difficult times will have a very brief honeymoon indeed. Soon he will have to deal with the thorny economic and institutional problems that contributed to the uprising in the first place, plus new ones created by the uprising. Unrest will likely continue so long as Egyptians do not feel an improvement in their daily lives.

The real test for Egyptian democracy will be the government and the people's success in addressing those problems – in reversing the economy's slow-motion collapse, in carrying out sweeping reforms of a host of institutions while preserving their institutional integrity, and in addressing thousands of local complaints – while ensuring that the next presidential elections are peaceful, fair, and truly competitive. As veteran Egyptian commentator Mohammed Hassanein Heikal recently said, the next president “will need a miracle”. For the moment, the open, lively, and serious electoral debate on the streets of Egypt these last weeks has been such a miracle, one to be savored and celebrated. 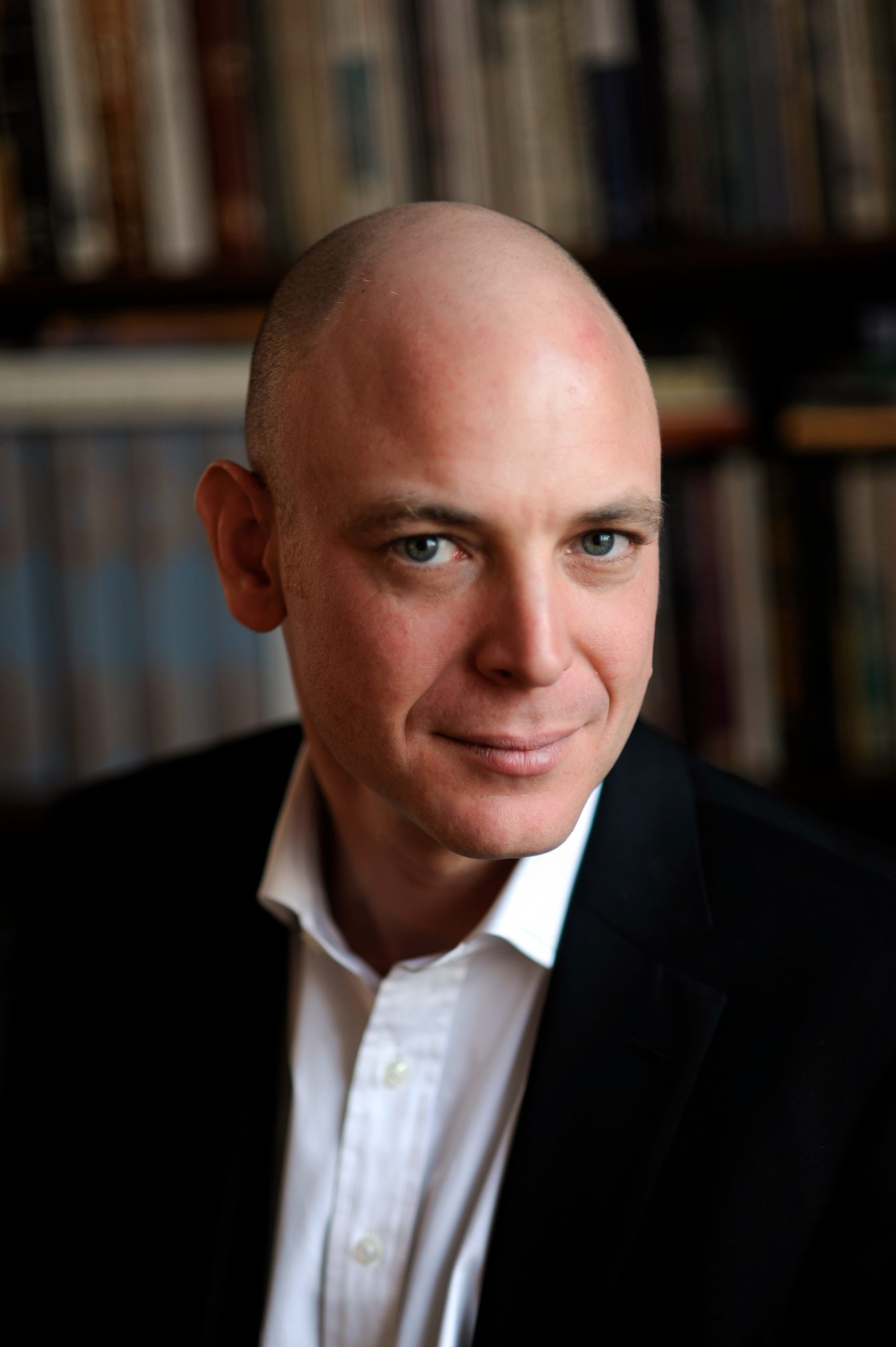