This piece was originally published in The Guardian’s Comment is Free on 17 August 2009.

When Afghans go to the polls
on 20 August for their nation’s second presidential election since the
fall of the Taliban in 2001, they will be looking closely at the names
on the ballot paper and weighing the merits of a democratic future.

The
elections will not only be measured by how effectively international
military forces avert Taliban attempts to disrupt voting, but also by
the post-election handling of one fundamental issue – the participation
by alleged war criminals in the Afghan political process through the
ensuing presidential appointments to positions of authority throughout
the new administration.

Since the toppling of the Taliban eight
years ago, the Afghan parliament and state institutions have been
dominated by individuals with highly questionable backgrounds. Many of
the most visible representatives of the state are well-known warlords
who have inflicted – and continue to inflict – the gravest human rights
violations against their own people.

And yet they stand to be
rewarded once again in the provincial council elections and – most
conspicuously – through the next round of presidential appointments as
governors, mayors, deputy ministers and ministers, donning the cloak of
legitimacy afforded by an internationally monitored election process.

Given
the complicated political history in the country, it would be naive to
suggest that anyone with links to former combatants should be excluded
from public office. Indeed, there is little doubt that unless at least
some Taliban leaders are engaged in the political process, insecurity
in Afghanistan will continue, fuelled by the substantial amounts of
money still coming from the country’s illicit drug trade. There is
equally little doubt the country needs a comprehensive reconciliation
plan to encourage those members of the Taliban prepared to suspend
violence and move into the political arena.

The real question is
how to select these interlocutors. To choose the wrong actors and
engage with those who bear the greatest responsibility for the crimes
of the past would only serve to foster impunity and further alienate an
already disillusioned Afghan population from the structures of the
Afghan state. Put simply, it would send a strong signal to the people
of Afghanistan that nothing has changed and nothing is likely to change.

That is why the Afghan Independent Human Rights Commission (AIHRC), together with No Peace Without Justice
(NPWJ), the international organisation I founded, has been working for
the past four years to implement a conflict mapping programme in
Afghanistan. The aim of the programme is to investigate mass violations
committed in Afghanistan between 1978 and 2001 and identify those who
bear the greatest responsibility for war crimes and crimes against
humanity.

Recognised in the Afghan constitution but operating
independently, the AIHRC has collected statements from more than 7,000
people throughout all of Afghanistan’s 34 provinces. Information has
been gathered from victims, witnesses and key informants on crimes,
troop movements, chains of command and patterns of conflict of the
different fighting factions.

Built on extensive consultations
with community elders, victims’ groups, provincial council
representatives and women’s groups, the mapping work done by the AIHRC
is not simply creating a historical record of the worst crimes
committed during wartime in Afghanistan, but also, crucially, it has
gone a long way to identifying the perpetrators.

If the
international community is serious about helping to create a secure and
stable Afghanistan, if it wishes to avoid the periodic recurrence of
conflict, it needs to stop rewarding violence. To do that, it needs to
keep human rights abusers from positions of power and promote
reconciliation in the country – the AIHRC report will help determine
that process.

This is why the international community needs to
support the work of the AIHRC and not betray those Afghans who believe
in human rights and the rule of law as the basis for a stable and
peaceful society.

As it currently stands, too many of the people
holding public office are the perpetrators of heinous human rights
abuses. If this situation is allowed to continue, without being
challenged from Europe and other countries who claim an interest in the
establishment of a new Afghanistan, then any hope of a democratic
future for the country will be lost. 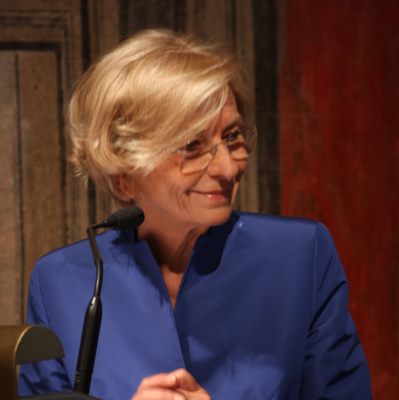