The EU should broaden the scope of what is expected of member states on burden sharing on refugee crisis, within a more formalised, voluntary intergovernmental co-operation according to two papers from ECFR 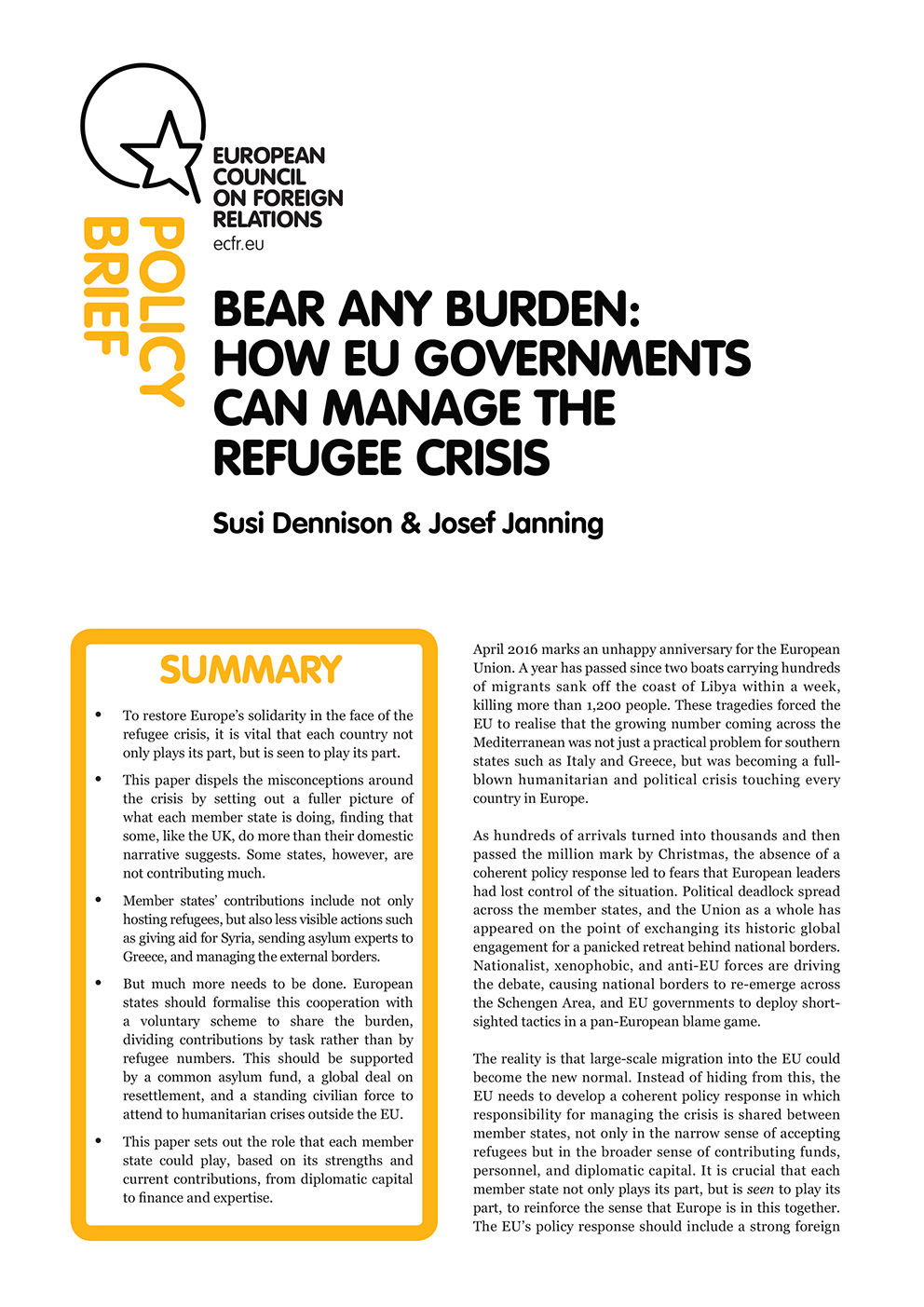 It recommends that the EU move away from an approach to solidarity based solely on relocation numbers, to one that recognises other contributions that states can make – from financial support and human resources for reception, accommodation and integration as part of an intergovernmental taskforce, with a first role in stabilising the situation in Greece, to external border management

Such an agreement will allow all states to demonstrably contribute within their means and the realities of domestic politics. It would also provide for the better integration of a foreign policy dimension by allowing EU member states include foreign policy measures, such as humanitarian support for neighbourhood states under pressure, long term overseas aid to refugee camps in other regions, the resettlement of refugees from camps. 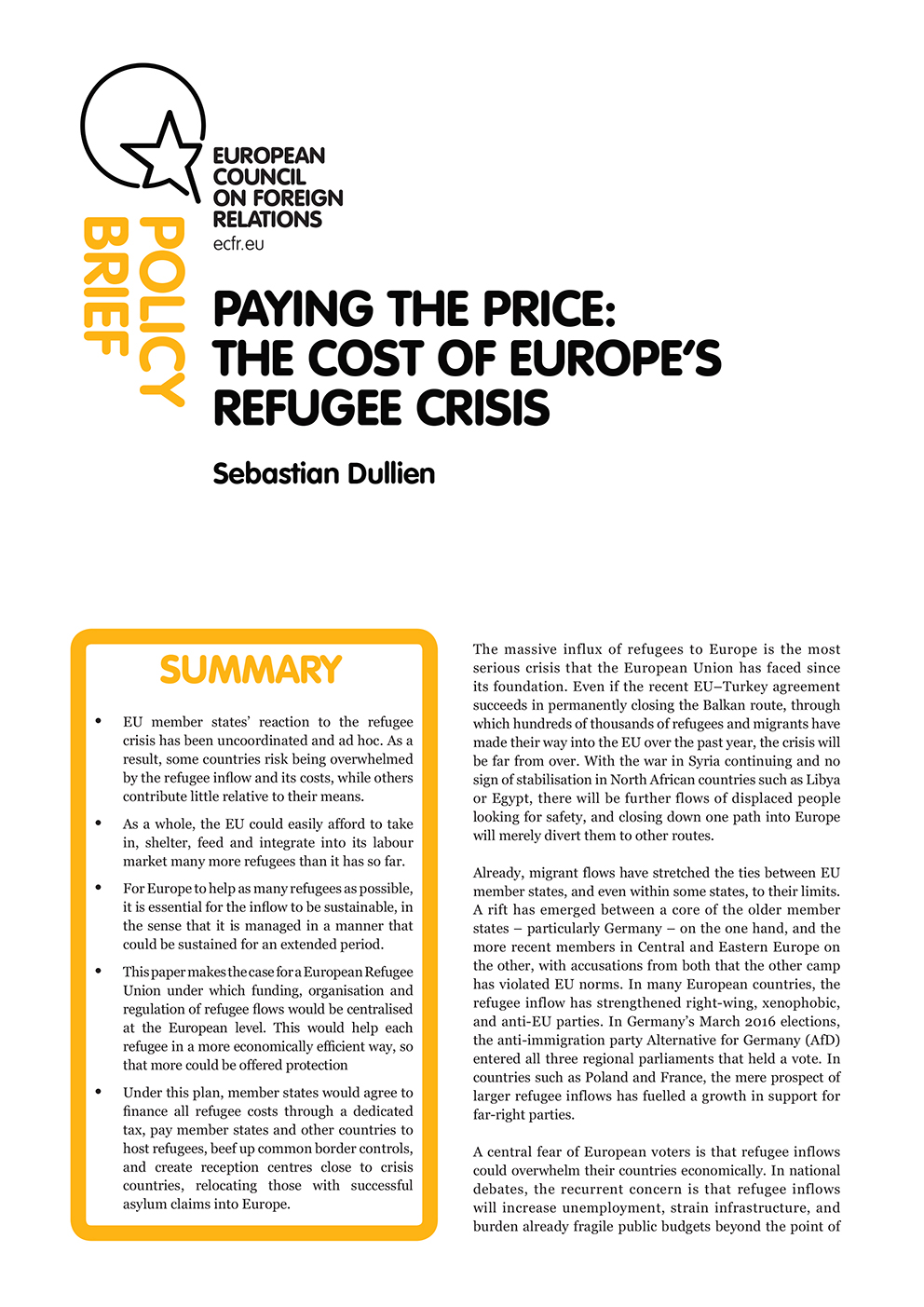 In the second paper, “Paying the price: The cost of Europe’s refugee crisis”  by Sebastian Dullien explores the economics behind the refugee crisis and makes the case for a more formal European Refugee Union to coordinate the EU’s response, including the burden-sharing by task as proposed by Dennison and Janning above.

Dullien calls for the separation of the financial costs of paying for the refugee crisis from the reception and hosting of refugees, drawing on the fact that some member states would be able to contribute fiscally but are reluctant to host refugees, and vice versa. He also notes that, should the costs of hosting refugees be shared more evenly across the European Union, the local economic and infrastructural benefits of providing facilities for refugees could prove a boon to the struggling economies of some southern European countries.

Such a refugee union would allow for the centralisation of asylum processing, giving greater flexibility to distribute refugees to fit the political and economic circumstances. Greater coordination would also benefit the foreign policy dimension of the refugee crisis: providing more influence within international diplomacy, supporting the provision of refugee hosting in the region, and allowing for a co-operative approach to external border management.