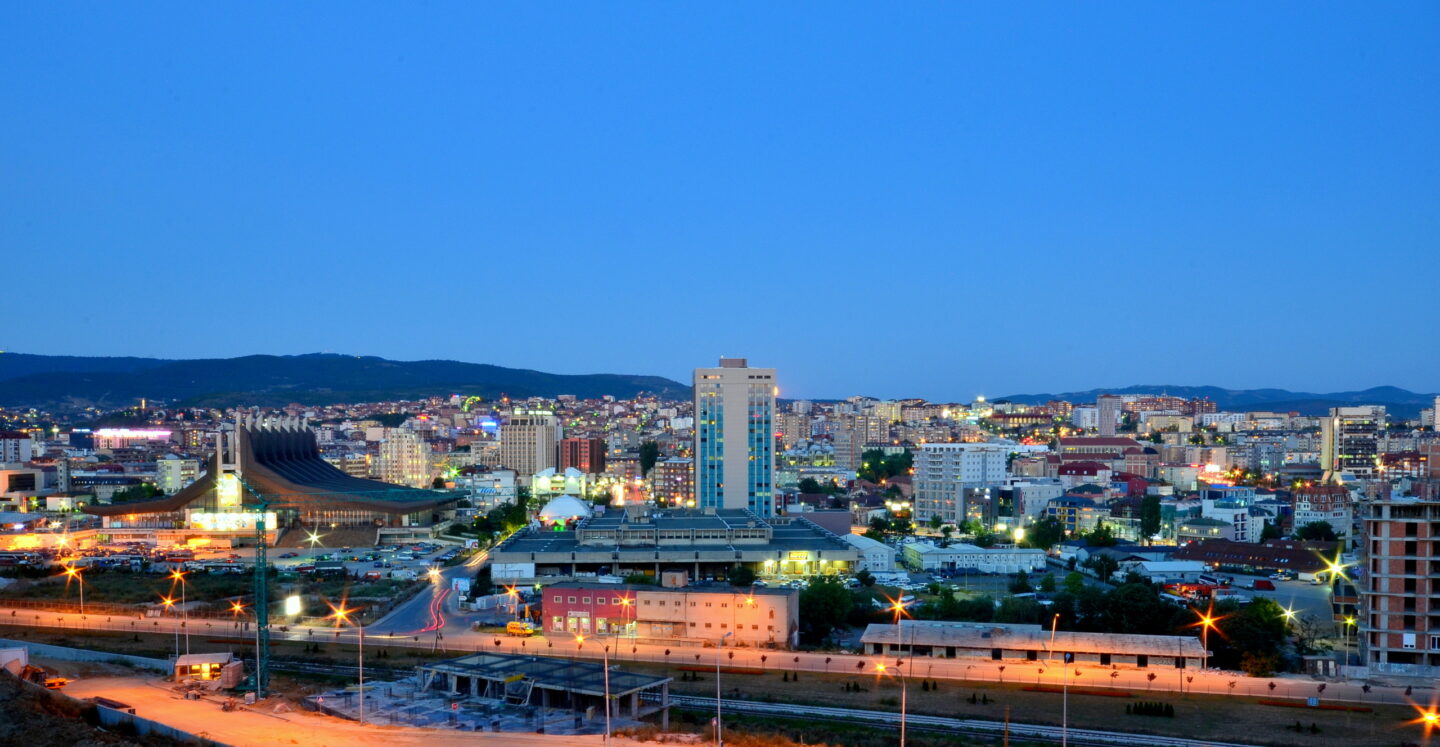 At first glance, China’s interest and presence in Kosovo may appear virtually non-existent. The country is not recognised by Beijing and there are no official diplomatic relations. The legitimation and recognition of Kosovo is far too important a matter for Serbia – China’s key ally in the Western Balkans – for Beijing to attempt a different approach. Moreover, Kosovo’s government and society remains vehemently pro-American and pro-Western. It is firmly convinced that Euro-Atlantic proximity offers the only viable guarantee of its survival and development. As a result, the country has welcomed in a massive presence by Western entities in all segments of society, including the economy. The positioning of Western companies as the rebuilders of Kosovo’s economy appears too entrenched to offer any realistic commercial opportunities for Chinese firms, despite a limited but notable participation by companies from other non-Western countries. In such a context, maintaining its geopolitical distance is surely the wisest posture for Beijing.

Still, closer examination reveals a more nuanced picture. Despite their slim chances of success, Chinese companies decided to bid for some key projects in the country, such as for a coal-based power plant and road infrastructure project. As expected, they were unsuccessful but they nevertheless made clear their interest in Kosovo’s procurement procedures and development. Huawei has also shown interest in selling equipment to the country’s main telecoms company, although its attempts have failed to bear fruit thus far. While the government has recently promised to accelerate privatisation and introduce greater transparency in the process, Chinese interest in purchasing Kosovan assets or infrastructure is unlikely to be great. However, China-Kosovo trade is rising, as a greater number of Kosovo firms attend trade fairs and try to establish a commercial presence in China. Online retail trading via Chinese platforms such as Alibaba is also increasingly widespread. Although it has no embassy in Kosovo, China maintains a local liaison office, which is becoming more active. Its representatives have attended civil society events even if engagement with civic organizations remains rare. There is anecdotal evidence of some informal encounters with officials from various state institutions. While China is mostly in the media for all the wrong reasons, relating to the matter of failing to recognise Kosovo’s statehood, tabloids sometimes run stories about Chinese celebrities.

China’s overall relationship with Kosovo remains cool, but there is more interaction than first meets the eye. With no dramatic policy shift by China likely, the country looks set to continue refraining from structured engagement. Moreover, Kosovo does not appear to have many features that China usually values in partners, namely, strategic relevance for land and maritime routes. It has also traditionally attempted to keep its distance from complex historical and political contexts, which are plentiful in the Western Balkans. Still, Beijing abhors situations in which it is irrelevant and lacks even a tokenistic presence. In this sense, it is likely to keep searching for an appropriate posture in Kosovo that dovetails with its wider regional diplomatic goals. As geopolitical competition intensifies in the coming years, it will map out possible future scenarios and strategies and prepare for them. The Western Balkans might yet provide new political disruptions that shift attitudes and approaches towards China.

There are no Chinese investment projects in any economic field in Kosovo. China has attempted to increase its presence in Kosovo by bidding, unsuccessfully, to build a coal-fired power plant among other assorted infrastructure projects. It has also sought to sell Huawei equipment to the main Kosovo telecoms company. Kosovo’s relations with China are frosty and there is no formal recognition of one another on either side. Kosovo’s government has continually rejected any sort of project or economic plan that would involve Chinese government money.

The Kosovo Agency of Statistics reports that the country’s exports to other countries in 2020 amounted to €100.6 million, with goods worth €3.796 million exported to China. Kosovo’s imports from other countries of the world amounted to €3.2 billion, and China was the second country on the list with the highest share of imports with 9.8% or €324m, putting it second only to Turkey.

Loans from Chinese banks and entities

There are no loans from Chinese banks. This has also been confirmed in Kosovo’s Central Bank Foreign Debt Inventory.

Main Local Companies and Businesspeople with Economic Ties to China

Importantly, there has been a rise in the number of visits made by Kosovan companies to trade fairs and other forums in China. One such example is Koshi Group, which is active in the automotive components sector and exports to China. However, Kosovan companies mainly import raw products from China, such as metal, plastic, and other products.

Cooperation between China and Employers’ and Branch Associations

No cooperation between China and employers’ associations has been observed. This likely reflects the cool political relations between Kosovo and China.

There is no official information regarding China and trade fairs in Kosovo. It is likely that no Chinese company has so far participated in a China-organised trade fair in Kosovo.

There is no political cooperation between Kosovo and China. This is because of China’s closeness to Serbia and the fact that China does not recognise Kosovo as an independent state. The prime minister, Albin Kurti, has on several occasions even described China as an “enemy” of Kosovo and that his country will reject relations with China at any price. There is generally a strong anti-Chinese sentiment in public discourse.

China has an informal liaison office in Pristina, which is an outpost of its embassy in Belgrade. The Kosovo Ministry of Foreign Affairs website does not list this office. Kosovo does not have an office in China. However, there has been some informal contact as the government sometimes talks to the office regarding potential advancement of relations.

During the covid-19 pandemic, Prime Minister Kurti rejected Chinese vaccines as a gift from Albania. He said that Kosovo, unlike other countries in the region, does not have the luxury of accepting vaccines produced by countries such as Russia and China, as neither of the two countries have recognised Kosovo’s independence.

Prominent political figures with official positions on relations with China

There are none. It remains very unlikely there are any undisclosed instances in Kosovo’s Western-aligned politics.

There are no inter-state agreements, areas of formalised cooperation, agreements and projects with local authorities, nor exchange and training programmes with civil servants. There is no strong historical Kosovo-China relationship deriving from Yugoslav times.

Kosovo is not part of the “16+1” cooperation format as China does not recognise Kosovo as an independent state and has no diplomatic relations with it.

There appears to be no cooperation between Kosovo and Chinese local governments.

There is no evidence of any cooperation between Kosovan civil society groups and Chinese organisations.

Kosovo’s authorities refuse to cooperate and communicate with the Chinese liaison office in Pristina. There has been some informal contact in social settings.

There is no cooperation by civil society groups with Chinese organisations and no engagement with local Chinese actors. There are also no such bilateral projects and no prominent local civil society figures appear to support expanded cooperation with China. While the wider geopolitical context prevents deeper ties, the local Chinese liaison office is increasingly active socially and at the edges of bilateral dialogue. For instance, its officials are regular attendees of most civil society events and conferences, even if they rarely engage.

Exchange and other types of cooperation

None. This would be highly unlikely in Kosovo as all media have very strong anti-China rhetoric.

Scope and range of academic cooperation agreements with local universities

None identified in Kosovo and Chinese universities.

Joint academic programmes and degrees by university and subject

One academic paper published in 2001 analysed the aspects of the position of Russia and China on the war in Kosovo.

There are no cultural or educational agreements at the national and local levels.

There are no prominent bilateral cultural projects and events.

There are no Chinese language education courses.

Chinese citizens need a visa to visit or transit through Kosovo, except diplomatic and service passport holders. Visas may be obtained at the embassy of Kosovo in Albania or Turkey. There are no indications of Kosovo tourism promotion or related activity in China, apart from Kosovan companies visiting China for business purposes.

There appear to be no people-to-people exchanges between institutions.

Prominent cases of celebrities in both countries

There are no prominent cases of celebrities in both countries. However, Kosovo’s media sometimes writes about Chinese celebrities. Chinese culture in general is little known in Kosovo’s cultural context.

There are no prominent stories of people-to-people interaction.