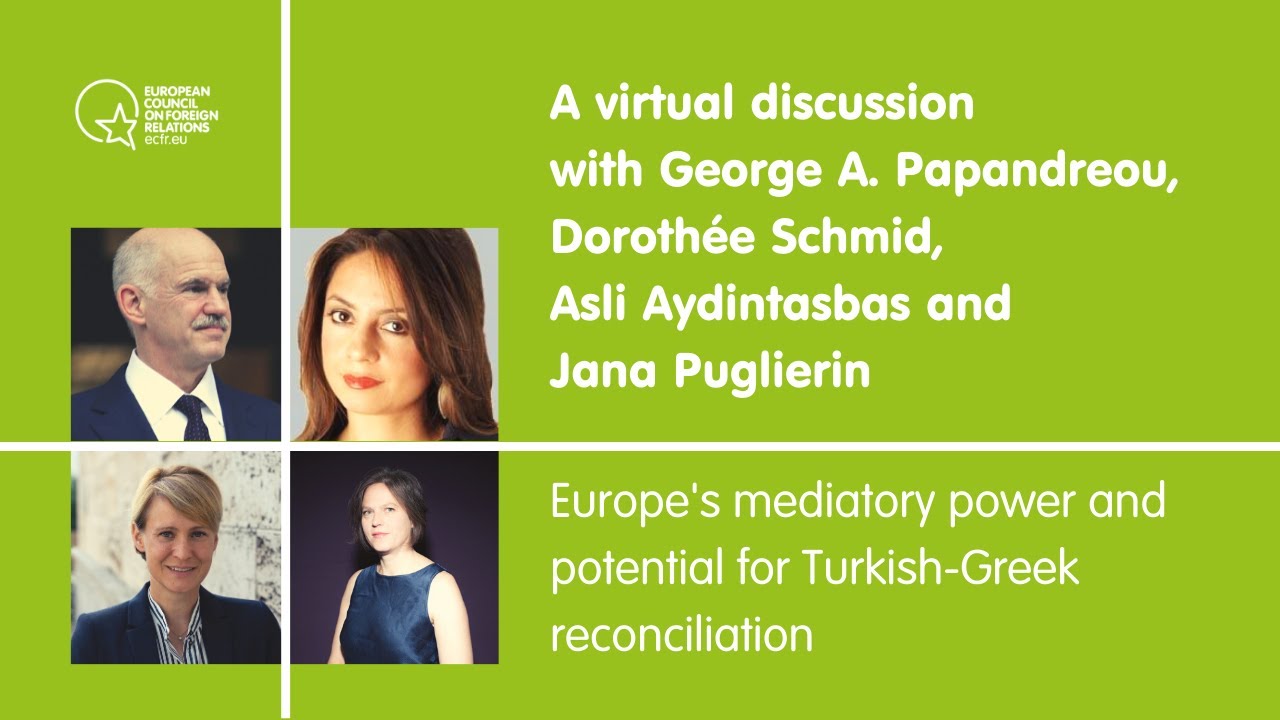 Virtual discussion with George A. Papandreou, Dorothée Schmid and Asli Aydintasbas on Europe's mediatory power and potential for Turkish-Greek reconciliation.

A conflict is brewing in the Eastern Mediterranean, with Turkey, Greece and Cyprus at loggerheads about maritime borders, exclusive economic zones, and gas exploration. There is a risk for a wider conflict that draws in Middle East powers as well as other member states. Europe has a vested interest in stability on its southern flank and in making sure NATO partners do not clash over energy resources. But so far, EU-led mediation efforts have not led to a resolution of the conflict. What is the best strategy for de-escalation? Will Europe be able to overcome its internal divisions on East Med? Will the special European Council meeting on Oct 1-2 push things forward? Can there be a new bargain with Turkey that is acceptable to member states and addresses both Greek and Turkish concerns? What to expect from the forthcoming 61st round of exploratory talks between Turkey and Greece?