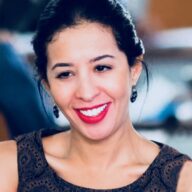 Yasmine Farouk is a non-resident scholar with the Middle East programme at the Carnegie Endowment for International Peace.

She studied political science at Cairo University, Sciences Po Paris and was a Fulbright fellow at Yale University. Prior to joining Carnegie, Farouk was based in Egypt, where she taught political science. She previously worked at the office of the Egyptian prime minister after the 2011 revolution, supporting civil society participation in the national dialogue and constitutional processes. From 2016 to 2017, she was the director of research at the Cairo International Center for Conflict Resolution, Peacekeeping and Peacebuilding, a think-tank and training centre affiliated with the Egyptian Ministry of Foreign Affairs. She has also worked as a fellow at the French Ministry of Defence, Stanford University, the American University in Cairo (AUC Forum), and the French Ministry of Foreign Affairs – as well as a consultant at the United Nations Development Programme working on the Arab Human Development Report.