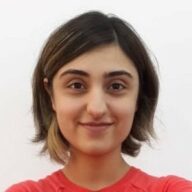 Lana Khalid is the project specialist to the Iraq Program at the United States Institute of Peace. She works on projects that promote minority inclusivity with an emphasis on gender balance, especially in traditionally conservative areas.

In the past three years, Lana has worked on projects that promoted minority participation in decision-making through Participatory Budgeting Process mechanisms in minority-rich areas in Nineveh, with a gender-balance approach in community representation. Additionally, she has worked on increasing minority representation in the Iraqi federal education curriculum and Kurdistan region of Iraq. Both projects aimed to increase social cohesion in Iraqi communities. Khalid is currently conducting independent research on how postpartum mental ill health can be a driver of conflict.