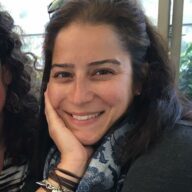 Hafsa Halawa is an independent consultant and a non-resident scholar at the Middle East Institute. She was a visiting fellow at the European Council on Foreign Relations.

Halawa is an independent consultant working on development goals and political, social, and economic affairs across the Middle East and North Africa, as well as the Horn of Africa. A former corporate lawyer, she has held positions in government, the United Nations, INGOs, NGOs, corporate multinationals, private firms, and think-tanks. Halawa now works independently for a similarly broad set of clients.