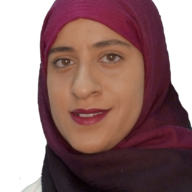 She is an Omani journalist with more than 13 years of experience working for local and international media houses. In 2018 Al Arimi established WAF News under TMC. In 2021 WAF became the first private news agency to be licensed in Oman. Before establishing the Media Centre as an Oman-based information and news hub – with a focus on local news, reports, and analysis of current economic and social matters, and WAF (wafoman.com) as a news agency – she was the Reuters correspondent in Oman. Al Arimi is one of the most followed journalists on social media in Oman, and is considered a reliable source of news and information. In 2017 she was recognised as one of Oman’s top influencers by the country’s National Youth Program.