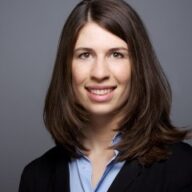 Wiebke Ewering was communications officer at the Berlin office of the European Council on Foreign Relations until July 2019. She was in charge of media relations, social media and information campaigns.
Prior to joining ECFR in September 2016, Ewering worked as press officer for the German Council on Foreign Relations and communications associate at the Dahrendorf Forum. She also was chief editor of the Press Service MENA, a weekly newsletter with background reports and commentaries on the Middle East and North Africa. Ewering holds two Master’s degrees in European Affairs and Political Science from Sciences Po Paris and the Free University Berlin and a Bachelor’s degree in European Studies from Osnabrück University.

What are the expectations and concerns of Americans and Europeans regarding President Trump?

Wiebke Ewering and Almut Möller are quoted in a 'Novosti' about the European Coaltion Explorer.