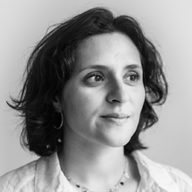 Tara Varma is a policy fellow and head of the Paris office of the European Council on Foreign Relations, where she follows French foreign policy and European and Asian security developments.

She looks particularly at current French defence and security proposals in the European framework. She is also interested in Asian security, and the role Europeans could play in it, notably in the Indo-Pacific region. Varma joined ECFR in January 2015 as a coordinator and then deputy head of the Paris office. She previously worked and lived in Shanghai, Delhi and Paris. She graduated from Sciences Po Lille and SOAS in London in International Relations, with a focus on Asian Politics and Indian and Chinese foreign policies.

Trick or treat? French and German views on ‘Brextension’

Trick or treat? French and German views on ‘Brextension’

In the final episode of our special summer series on European strategic sovereignty, regular host Mark Leonard is joined by two of ECFR’s own experts:…

The WhatsApp election: The fake news challenge to democracy

India’s general election is an important phase in the battle against fake news. But is it too late to avert further social media-fuelled violence in the volatile campaign atmosphere?

Mark Leonard speaks with Simon Kuper, Tara Varma and Manuel Lafont Rapnouil about the Yellow Vest Movement, and whetherit’s only a French phenomenon. The podcast…

Will the yellow vests movement spread across Europe?

The lonely leader: The origins of France’s strategy for EU foreign policy

Many EU member states argue that President Emmanuel Macron does not consistently follow his own advice on the need for European defence cooperation. France should respond by taking the lead while involving its close partners

Views from the capitals: Gas conflict in the eastern Mediterranean

Views from the capitals: How the row over coronabonds is tearing Europe apart

Covid-19 and European solidarity: The fight for who we are

The search for freedom of action: Macron’s speech on nuclear deterrence

The French president reached out to the rest of Europe on Russia, the transatlantic relationship, and European solidarity.

Rocking the boat: The Macron method

The thread that runs through most of Macron’s speeches and declarations is European strategic sovereignty: he fears that Europe will be marginalised in a world in which authoritarian powers are rising.

After the French veto: The new scramble for the Western Balkans

Without a credible path to EU membership, the Western Balkans could easily succumb to the lure of regional nationalism – and to generous Russian, Turkish, and Chinese offers in the EU’s own back yard

Europeans remain unwilling to renew their thinking on nuclear deterrence, despite growing strategic instability. Their stated goal of “strategic autonomy” will remain an empty phrase until they engage seriously on this matter. This intellectual under-investment looks set to continue despite: a revived debate “German bomb” debate; a new Treaty on the Prohibition of Nuclear Weapons; and the collapse of the INF treaty. Attitudes to nuclear deterrence differ radically from country to country – something which any new engagement on the nuclear dimension will have to contend with. And, while many governments and their voting publics are aligned in attitudes, in some crucial players like Germany the government and public are at loggerheads. No European initiative to declare strategic nuclear autonomy is yet practicable but a strategy to hedge for future uncertainties is available. As a first step, the UK and France should convert the idea of a European deterrent from mere notion into credible offer, by thickening their bilateral nuclear cooperation and sending growing signals that indicate their readiness to protect others.

Rifts under sea and on land: The multiple crises in the Eastern Mediterranean

In the eastern Mediterranean, a scramble is under way between countries in the region for access to recently discovered gas fields, often overlapping with wider…

After last week’s discussion with Matt Duss and Jeremy Shapiro, Mark Leonard follows up by gathering the European views on a possible Biden win and…

Fighting racism together: anti-racism protests in the US and Europe

The ongoing anti-racism demonstrations in the United States spurred by the brutal killing of George Floyd spread across the Atlantic. In many European countries, people…

In the final episode of our special summer series on European strategic sovereignty, regular host Mark Leonard is joined by two of ECFR’s own experts:…

Tara Varma being interviewed about the India-France Strategic Dialogue.

Tara Varma participated in the radio show "Affaires étrangères" on France Culture to discuss the vaccination campaigns across the world.

The Union continues to strive for strategic autonomy.

It seems strange to separate external and security policies, since these two areas are linked. The Brits will stay partners in NATO and on a bilateral level with France.

Tara Varma is quoted regarding the Brexit agreement signed between the EU and the UK.

I don't think that Biden's first action after January 20 will be to implement the sanctions regime planned against Nord Stream 2.

Tara Varma is quoted regarding the Biden administration stance on the Nord Stream 2 project.