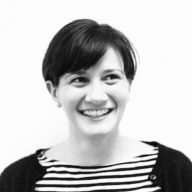 Susi Dennison is a senior policy fellow at the European Council on Foreign Relations. Her topics of focus include the strategy, politics and governance of European foreign policy; migration, and the toolkit for Europe as a global actor.

At ECFR, Dennison leads the European Power programme, which explores how to protect European interests in the post-corona era,  balancing the tensions between building European sovereignty and shaping a rules-based international system.  She previously led ECFR’s foreign policy scorecard project for five years and worked with the MENA programme on North Africa. Before joining ECFR in 2010, Dennison worked for Amnesty International, on advocacy towards the EU institutions. She began her career in HM Treasury in the United Kingdom. There she held a range of positions, including with the EU Co-ordination and Strategy team during the Convention on the Future of Europe. She advised on prison, probation and migration policy in the run-up to the 2004 wave of accession to the EU, on enterprise in disadvantaged regions and served in the Private Office of the Chief Secretary to the Treasury.

The colour of money: Green deals, cohesion funds, and the populist challenge

Nationalist parties are increasingly ready to portray climate change as another refugee crisis – an occasion for Brussels to impose standards on member states.

Farming versus foreign policy: The future of the EU budget

The EU’s global role matters to member states, but investing in it is not political leaders’ top priority

How to deal with our Western Balkan neighbours?

North Macedonia and Albania wanted to start negotiations with the EU after having been candidate countries since 2005 and 2014. But the enlargement plans seemed…

The instinctive multilateralist: Portugal and the politics of cooperation

The Portuguese hope that the EU can help them tackle the challenges of globalisation: from climate change to cooperation on the impact of freedom of movement

Give the people what they want: Popular demand for a strong European foreign policy

What Europeans really feel: The battle for the political system

EU leaders need to show that they are not only capable of reaching an agreement between themselves, but also of shaping the post-coronavirus world

The post-corona recovery threatens Europe’s cohesion, but Spain’s attempt to bridge the north-south divide is likely to fall short

The colour of money: Green deals, cohesion funds, and the populist challenge

Nationalist parties are increasingly ready to portray climate change as another refugee crisis – an occasion for Brussels to impose standards on member states.

Farming versus foreign policy: The future of the EU budget

The EU’s global role matters to member states, but investing in it is not political leaders’ top priority

Billed as a safe pair of hands, Ursula von der Leyen is about to find out that caution can only take her so far

The end of monogamy in Europe?

With two thirds of Europeans voting for a pro-European party, the big challenge now is for the political groups to move beyond their status quo ways of working

Seven days to save the European Union

Fear and loathing on the road to the US elections

The Future of Schengen

In the midst of a Schengen crisis, how do Europe's member states see the future of Europe's visa-free travel area?

Britain in Europe: So near yet so far?

Almut Moeller and Susi Dennison discuss the Britain in Europe Renegotiation Scorecard, and how the fourth basket around migration can be moved forward

The covid-19 rupture: what will it mean for Europeans’ security?

Even before the pandemic, Europeans had much to worry about: slow economies and polarised politics, rising global tensions and disorder, an unstable neighbourhood, and a…

How is covid-19 changing the transatlantic relationship?

How will the tensions around the response to the coronavirus play out through the recovery from this crisis? Can EU states, with their diverse perspectives…

How to deal with our Western Balkan neighbours?

North Macedonia and Albania wanted to start negotiations with the EU after having been candidate countries since 2005 and 2014. But the enlargement plans seemed…

The Danish newspaper refers to the latest ECFR poll and its results on the "frugal five".

They are in favour of an EU recovery in which member states support each other, spending on what is necessary, while respecting principles about the way money is managed.

A second Trump term 'may be an even rougher ride for Europeans, with Trump feeling emboldened in his America First strategy in international affairs.'

Susi Dennison quoted on the impact for Europe of the US election outcome.

A victory for Donald Trump would give the Europeans the necessary impetus to stop equivocating on sovereignty and to start acting.

Susi Dennison is quoted by Euractiv on European expectations for the US election and the new President.

A victory for Trump would be the push that Europeans need to stop talking about sovereignty and start building it.

Susi Dennison and Janka Oertel comment on the what the US election could mean for Europe's foreign policy.