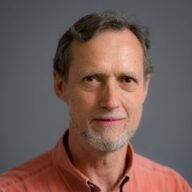 Dr Nicholas Westcott was a visiting fellow with the Africa programme at the European Council for Foreign Relations. Previously, he spent 35 years working as a diplomat for the British Government and the European Union. As well as postings in Brussels and Washington DC, he served as deputy high commissioner to Tanzania in 1993-1996 and high commissioner to Ghana and ambassador to Cote d’Ivoire, Burkina Faso, and Niger and Togo in 2008-2011. From 2011-2017 he was managing director for Africa and subsequently for the Middle East and North Africa in the EU’s External Action Service. Since 2018, he has been director of the Royal African Society and a research associate at the Centre for International Studies and Diplomacy at SOAS University of London.

He holds a PhD in African history and is the author of “Imperialism and Development” (James Currey, 2020). He is also the author of regular articles on Africa and international affairs.

Shared fortunes: Why Britain, the European Union, and Africa need one another

A closer relationship between Britain, Africa, and the EU would benefit all sides. But this would require the British government to change its approach to Europe as well as to Africa.

For Britain, a close security relationship with the EU will be impossible to establish without a close political and economic relationship too.