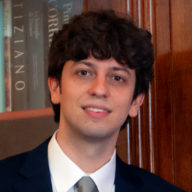 Matteo Colombo is a part-time visiting fellow at the Rome office of the European Council on Foreign Relations.

Colombo is an associate research fellow for ISPI (Italian Institute for International Political Studies), where he works on the political dynamics in the MENA region, with a specific focus on Egypt, Libya, Syria, and Turkey. His main interests lie in jihadism, energy issues, and political relations between regional states. He is also a professional journalist and an infographic designer.

Mutual reassurance: Why Europe should support talks between Egypt and Turkey

By facilitating a rapprochement between Cairo and Ankara, European governments could make progress towards their strategic objective of stabilising the Middle East and North Africa

They should look to build on the Turkish government’s reported outreach to its rival behind closed doors in recent weeks.

According to Matteo Colombo, ECFR Junior Pan-European Fellow, European States should encourage a rapprochement between Egypt and Turkey in order to ease tensions in the region.